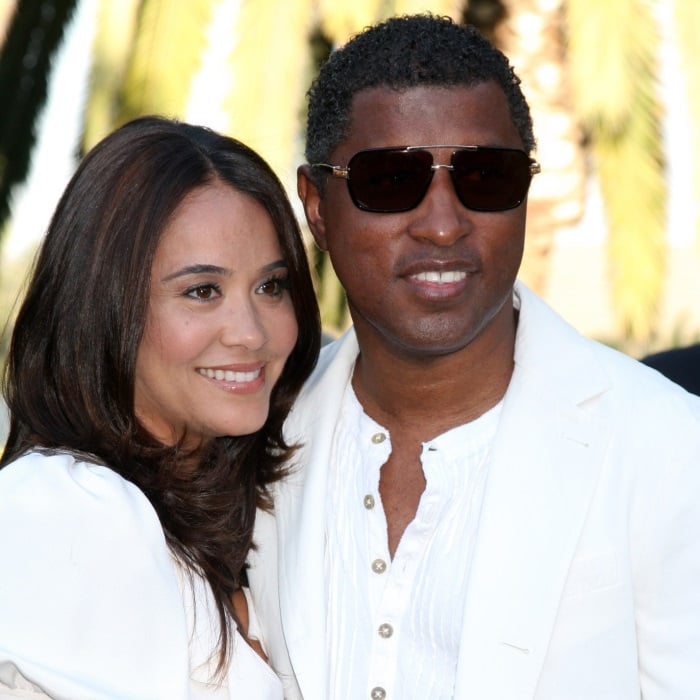 R&B singer-songwriter and producer Kenneth “Babyface” Edmonds, 55, surprised fans in February 2014 when he revealed in an interview that he and his younger girlfriend, 41-year-old Nicole Pantenburg, were engaged. After the interview, he released a statement confirming that he really was “on the love marriage path” and that he was a “very lucky guy.”

The celebrity couple initially planned to hold their marriage ceremony at the Hotel Bel-Air in L.A., but changed the location at the last minute in protest of one of the hotel’s part-owners, Sultan Hassanal Bolkhia of Brunei, who recently enacted Shariah law back home, which enables Brunei authorities to instill harsh penalties, possibly even a stoning death, for homosexuality, as well as other behaviors like adultery and premarital sex.

To show their support, Edmonds and Pantenberg moved their intimate ceremony to a private location somewhere in Southern California. Oprah Winfrey is believed to be just one of the many famous guests in attendance.

The celebrity couple has been dating since 2007—she used to be one of his backup dancers—and already has a five-year-old daughter together. In a recent interview, Edmonds revealed some insight into why their relationship has been so successful, despite their 14-year age gap. Their secret is simple: communication. “The main thing is being honest with yourself and being honest with your feelings,” said Edmonds. “When we’re not honest with ourselves, we just accept situations, don’t talk about them,” adding that it’s imperative to talk about and deal with the “elephant in the room.”

The R&B might icon might know a thing or two about what it takes to make a marriage work—this is his third walk down the “love marriage path.” He also has two kids from his second marriage to Tracey Edmonds, which ended two years before he started dating Pantenburg.