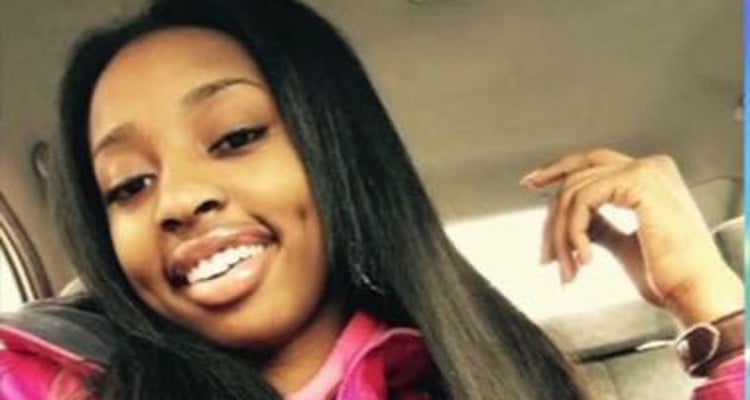 The investigation into Kanneka Jenkins’ death is still ongoing, as authorities are still trying to determine exactly how the 19-year-old died. Kanneka Jenkins’ autopsy report has not yet been released to the public, but might have new information about the teenager’s death. We have more Kenneka Jenkins updates below.

There might be new leads in the case of Kenneka Jenkins’ death. The teenager’s body was found in the freezer of a Chicago hotel, where she was at a party on September 10. Reports indicate that Kenneka Jenkins’ autopsy report has further insight into the case.

News of Jenkins’ death has spread past Chicago, and people are looking for updates to bring closure to the 19-year-old’s family. The Facebook Live video posted by Irene Roberts, a friend of Jenkins, was seen by millions of people playing detective to see if they could find a missing clue.

What many do not understand is how an intoxicated Kenneka Jenkins was able to get into a walk-in freezer when she was seen “staggering” on a surveillance video less than an hour before her friends noticed she was missing. The teen’s body was found in Chicago’s Crowne Plaza Hotel, in an area that was under construction, nearly 24 hours after she was reported missing.

The investigation is still underway, but people are already suggesting foul play. Jenkins’ mother, Tereasa Martin, is also skeptical about the circumstances surrounding her daughter’s death, and feels that if the hotel had looked into the matter immediately, Kenneka Jenkins might still be alive. Martin arrived at the hotel around 5:00 a.m. Saturday, September 9, after receiving a call from her daughter’s friends an hour earlier saying that Jenkins was missing.

Hotel staff told Martin that security videos could not be accessed unless a missing persons report was filed with the police, which was done later that morning. Police searched the hotel that afternoon, and by 6:00 p.m., Jenkins’ family started questioning guests about the 19-year-old’s disappearance. After a complaint that they were disturbing people, the police agreed to review the security footage.

Surveillance footage saw Jenkins “staggering” in the hotel lobby around 3:20 a.m., but officials say that it is not enough evidence to make a conclusion.

How Did Jenkins Disappear?

Irene Roberts and Monifah Shelton were both allegedly at the same party as Kenneka Jenkins, and appear to be seen together in the Facebook Live video that is circulating online. Though it is unclear, some people have stated that Jenkins can be seen through the reflection in Roberts’ sunglasses, leading many to believe that she is one of the last people to see Jenkins alive.

When explaining what happened to her daughter, Martin claims Roberts and Shelton were repeatedly changing their story. One account has Jenkins returning to the hotel room alone after forgetting her car keys and cell phone.

People online have pulled screenshots of various accounts allegedly belonging to Roberts as proof that Jenkins’ death was not an accident. However, many have noted that there is no proof that the various usernames actually belong to Roberts and right now, this entire case is rife with speculation.

What are the New Developments?

One user posted a screenshot of a comment reading, “We ain’t [sic] mean for this to happen. We thought Cornell was just playing around” which was allegedly made by Roberts. The person named is reportedly Cornell O’Neal Mitchell, and people online are accusing him of sexually assaulting and murdering Jenkins.

After watching the Facebook Live video, people claim to hear Jenkins crying for help before Irene Roberts turns the music up. Some people also reported hearing a male saying, “We’re about to murder somebody,” adding to theories that Kenneka Jenkins’ death was premeditated. Some users have even claimed they heard someone say, “They in there rapin’ her,” to which Roberts allegedly says, “I told you.” Again, the audio is muffled and people are speculating on all sides of this case, so anything can seem like a clue at this point.

At this time, the investigation is still underway as police are working to determine the circumstances surrounding Jenkins’ death.