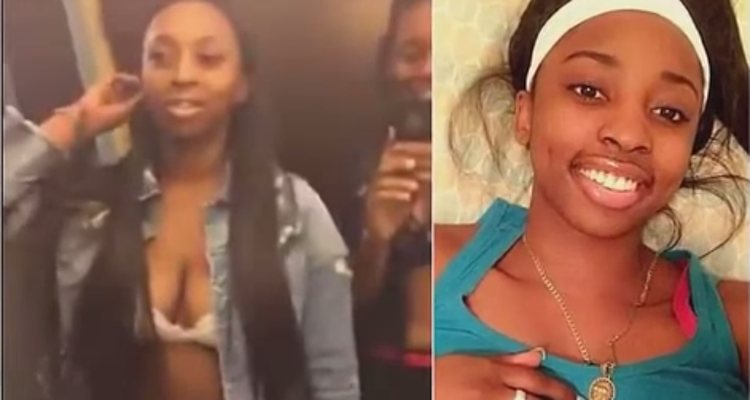 The Irene Roberts and Kenneka Jenkins video has sparked outrage on social media. Many who have watched the video have decided to do their own detective work, and are trying to figure out what happened to Jenkins that evening, and what led to her body being found in a hotel freezer.

Though authorities state that Kenneka Jenkins walked into a freezer while inebriated and died, people have other theories of what really happened. How did Kenneka Jenkins die? Authorities are still trying to put the pieces together, but some of the surveillance footage from the Crowne Plaza in Rosemont, Illinois was recently made public, and shows the teenager stumbling through the halls of the hotel. Despite the fact that footage of Jenkins actually walking into the walk-in freezer has not been released, police suspect that she walked in by herself.

But there are still lingering questions about the case and there has been a new, unsettling trend called the “Irene Roberts challenge.” Since Jenkins’ friend, Irene Roberts’ Facebook Live video went viral, millions of people have watched it and have come up with their own theories regarding the teenager’s death. What’s worse, is this “Irene Roberts challenge” trend seems to making light of a very dark situation. So, what is the Irene challenge?

In Irene Roberts’ video, she was seen with red hair and mirrored sunglasses. People claim that Roberts purposely turned up the music when Jenkins was allegedly heard saying, “Help me.” Her look and actions have now been parodied and posted online to mixed reviews of those who feel this is in very bad taste.

What Is the “Irene Roberts Challenge?”

Imitating Roberts’ hair, glasses, and accent, some people are taking to Instagram and Twitter to showcase their best Irene impersonation, dubbing it the “Irene Roberts Challenge.”

Though some find the challenge to be amusing, others are disgusted at the trend of poking fun at something so serious. Considering that Jenkins’ family is going through such tragedy, mocking someone who just last week was considered a suspect by Internet detectives is highly insensitive. Nevertheless, some of the impersonations are posted below. Many are taking to the comments section to voice how inappropriate these “Irene Roberts Challenge” posts truly are.

Though the above examples were expressed as humorous impersonations, many fail to see the joke, and have voiced their opinions against the trend.

Y'all are really doing a #ireneChallenge ? What's next a Kenneka challenge? Walking y'all selves into freezers smfh #KennekaJenkins pic.twitter.com/isqA2EC32G

Kenneka Jenkins went with her friends to the Crowne Plaza Hotel in Rosemont, Chicago, for Roberts’ birthday celebration on Friday, September 8. Clips from the hotel’s surveillance footage show that Jenkins was seen staggering near the front desk at around 3:20 a.m.

On Sunday morning at around 12:50 a.m., Jenkins was found in the hotel’s freezer after missing for more than 24 hours. She was pronounced dead at that scene.

Until now, nobody knows how Jenkins managed to reach the empty areas of the hotel and walk into the walk-in freezer. It has been reported that the freezer was not being used at that time, as it was in a part of the hotel that was under renovation. However, it was switched on.

Jenkins’ mother does not believe that her daughter’s death was an accident, and feels that somebody murdered her 19-year-old. The case has attracted millions of people and many of the teenager’s relatives and friends want justice for Kenneka Jenkins.