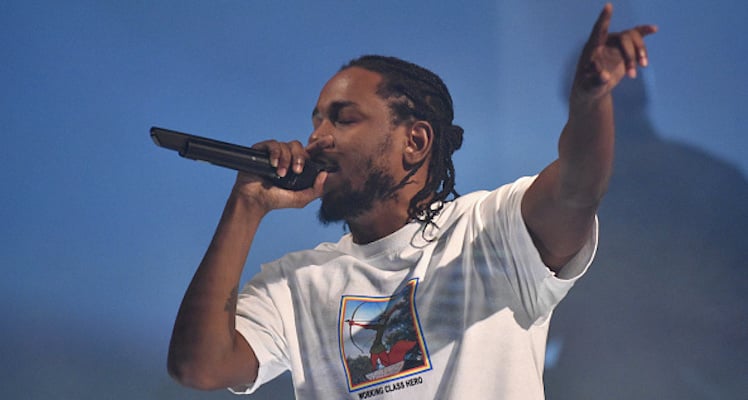 For fans of Kendrick Lamar, this article is for you. If you’re looking for news on Kendrick Lamar’s new album, we’ve got all the latest up to date information. Keep reading to get yourself up to date.

Kendrick Lamar had a pretty good 2016. He started off the year by winning five Grammys including one for Best Rap Album for To Pimp A Butterfly, and his performance was hailed as not only the best performance at the Grammys that night but one of the best performances of the Grammys, period. He released a compilation album called Untitled Unmastered, which was made up of songs and demos that did not make it on To Pimp A Butterfly. Untitled Unmastered received great reviews from critics and fans alike and ended up debuting at number one on the Billboard 200 chart. He ended up closing out the year with an incredibly well-reviewed nightclub performance. But what about this year? Is it time for a Kendrick Lamar new album in 2017? Where are Kendrick Lamar’s new songs? While there has no official announcement, we took to sleuthing around the Internet and we’ve found some very compelling evidence, indicating that we will hear new material from Kendrick Lamar in 2017.

A sign that we may be hearing new music from Kendrick Lamar in 2017 is the fact that he’s scheduled for a lot of PR-friendly things. Earlier this week, news and press releases about a new collaboration between Kendrick Lamar and Reebok were published. The new take on the Classic Club C design features a black and white denim look to it, Lamar’s way of trying to promote unity among cultures. There’s also the upcoming Grammys for which Kendrick Lamar has a few nominations. Currently, there is no word if he’s going to do a outdo his blazing performance last year, but you can be pretty sure that there’s something brewing for the Grammy’s.

It was also recently announced that Kendrick Lamar would be one of Coachella’s headliners. There isn’t a much better platform to introduce a huge crowd of people to Kendrick Lamar’s new album then Coachella, especially if the performance is live streamed. Besides, from an artistic standpoint, why do a show that huge if you don’t want to try out some new material?

But Will There be a New Album?

Will there be headlines in the next few weeks regarding Kendrick Lamar’s upcoming album for 2017? Right now, all signs point to yes, but we should first expect to read headlines saying “Kendrick Lamar’s new songs in 2017” or perhaps “Kendrick Lamar and Kanye West’s new songs for 2017.” While it’s very possible Lamar has an album in the works, all of this wind up may have been meant for a different project. Kanye West has gone on record saying that the two artists have about 40 tracks in the vault. There have been persistent rumors that the two would release those tracks as an album together. Was the shoe promotion and Coachella performance originally meant for the Kendrick Lamar and Kanye West collaboration? Did it get derailed with Kanye’s recent health concerns and hospitalization?

Or, will we be lucky enough to not only get a new Kendrick Lamar album this year, but also get the chance to hear him on a new Kanye West album? Only time will tell but at the current moment, all signs point to the release of new Kendrick Lamar material at some point in 2017.