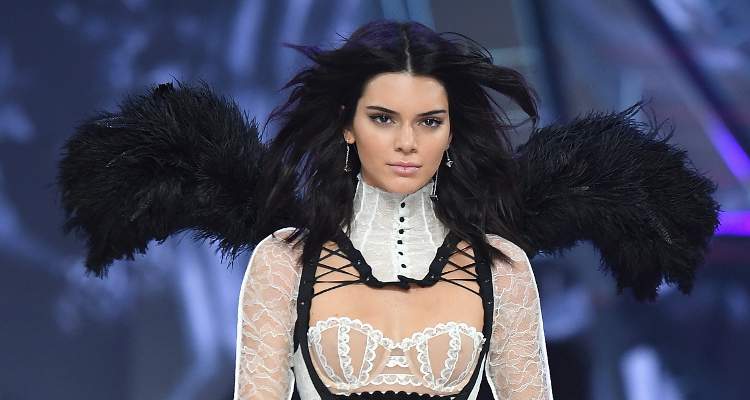 The Victoria’s Secret Fashion Show 2017 in Shanghai blew us all away! The Angels who walked down the runway were nothing less than a spectacle, and that’s why people are wondering where supermodel Kendall Jenner was this year. Is Kendall Jenner in the VSFS 2017? Find out why the beauty was not in the show.

Kendall Jenner and BFF Gigi Hadid were missing from the Victoria’s Secret Fashion Show 2017, and the reason why is more surprising! Gigi Hadid was reportedly denied a Visa by the Chinese government after a video of her allegedly “poking fun at Asians” went viral. In the video, Hadid was holding a Buddha-shaped cookie while squinting her eyes, which led to fans believing she was mocking Asian culture. But why was Kendall Jenner missing from the Victoria’s Secret Fashion Show this year? We’ve got the scoop!

Kendall Jenner’s Not An Angel!

Yes, you read that right! It was reported that Kendall Jenner was never technically a Victoria’s Secret Angel, she was just a VS model. For those of you who are as confused about the difference as we were; a VS model is just a plain model, who is not under any binding contract by the lingerie company.

VS Angels, on the other hand, have a lot of obligations to fulfill with the brand. They have to be available for photoshoots, product launches, appearances, and parties, and cannot be associated with any other lingerie brand while in contract with Victoria’s Secret. So, the 14 gorgeous women you see on the runway each year in the annual show, are all pure VS models, known as angels.

Jenner is reportedly not a VS Angel at all. She signed a deal with another luxury lingerie brand called La Perla and got busy with the photoshoots for them as an ambassador. In the multi-million dollar deal with Victoria’s Secret’s rival, Jenner reaped a lot of benefits of being a La Perla model, too, adding another gem to her resumé. The beauty already began promoting the lingerie brand on her Instagram account, as well. Also, there is reportedly a non-compete clause in her La Perla contract. So, she cannot be a part of a competitor’s shows or ads. This is perhaps the most obvious reason she was missing from the VS fashion show this year.

Will Kendall Jenner Walk in the 2018 VSFS?

Sources revealed that Gigi Hadid has already started training for the 2018 VSFS, which is still in the planning stage. But as for Kendall Jenner, there is no confirmation about her VS contract, or if she could even get in the show. Mama Jenner may pull some strings though, but as of now, she is a La Perla model.

@kendalljenner is electric in our blue Floral Rhapsody halter neck swimsuit for #LaPerlaPreFall17.

With the Victoria’s Secret Fashion Show receiving a whopping 23.59 million viewers in the last year, the company will only increase this number if Hadid and Jenner are brought back onboard.

With so many people expecting to see their idols as angels, VS should definitely rope in these models in for their next show!