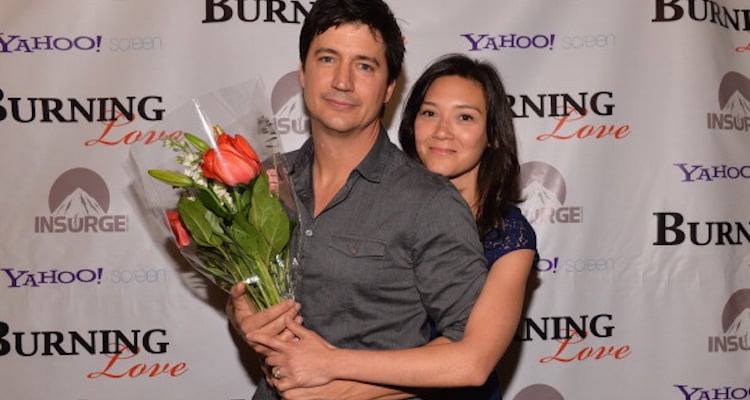 You may recognize Ken Marino from any number of his popular roles, from Role Models to We’re the Millers, or more recently, his cameo in iZombie. He’s undeniably hilarious, and is set to appear on a revival of a show, decades old, on ABC. According to the TV Guide website, on The Gong Show, Ken Marino will “judge a musician who plays a song on PVC pipes; a man dressed as a snake who swallows a man whole; a performer who whistles opera; and two men who do a striptease.” He will be accompanied by fellow comedians Will Arnett and Chelsea Handler—with these three as judges, there’s no way episode 6 of The Gong Show won’t be a side-splitter! This talent-competition TV show was on air for two years from 1976 to 1978, and was revived in 2017. The TV Guide website describes the premise as, “Unique performers demonstrate their artistry in front of Hollywood judges in this update of the kitschy ’70s talent show, which features the worst performances being cut short by bangs on the titular gong.” To learn more about the upcoming guest judge on The Gong Show, take a look at Ken Marino’s wiki.

Born in Wes Islip, New York on December 19, 1968, Ken Marino’s age is now 48, though he’ll be 49 later this year. He’s an actor, comedian, director, and screenwriter—which can explain why he’s been involved in so many hilarious projects in the past. Growing up, he studied at the Lee Strasberg Institute and Tisch School of the Arts at New York University, in New York.

In 1993, Marino found success as a member of a comedy troupe on MTV’s sketch comedy series, The State. He was also on Dawson’s Creek for a year in the early 2000s, further diversifying his profile as an actor. He went on to play roles on Charmed, Veronica Mars, Reaper, and Childrens Hospital, to name a few. Ken Marino’s movie experience includes co-writing the screenplay for Wanderlust staring Paul Rudd and Jennifer Aniston, co-writing The Ten and Role Models, as well as authoring the entire screenplay for Diggers himself.  He opened up to Heavy in the Streets about writing Diggers, and the challenges it posed for him:

“I worked on Diggers on and off for about four or five years. I wasn’t disciplined and writing it the whole time. A lot of times I would write a little bit and then I would stop for several months. Then I would sit back down and write some more scenes. Every time I took a significant amount of time off, it took me a little while to get back into the flow of it.”

He went on to elaborate about what an ongoing process screenwriting can be, saying “I was writing it up until we began shooting and rewriting stuff on the days we were shooting. The whole bar fight scene was rewritten. But that’s the process of screenwriting for me. You keep rewriting and changing stuff. When I wrote The Ten with David, we wrote it much more quickly, but up until the day we started shooting we were rewriting stuff.”

With his extensive experience in the entertainment industry, it’s not surprise that Ken Marino’s net worth is currently valued at a healthy $1.5 million.

Ken Marino’s wife is Erica Oyama, a fellow screenwriter. The two were married in 2005, and are still going strong—something pretty rare for a Hollywood couple. Marino and Oyama wrote a web series together, Burning Love, which became wildly successful. Erica Oyama and Ken Marino have two kids together: Ruby Marino and Riley Ken’ichi Marino.