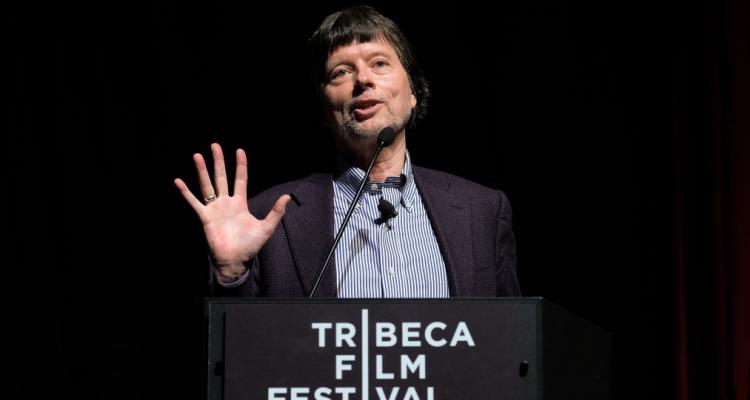 Ken Burns’ Vietnam War film, The Vietnam War, took a decade to research and film, and many are already saying it was worth the wait. To learn more about The 64-year-old filmmaker, Ken Burns’ net worth, and his new documentary, take a look at our very own Ken Burns wiki.

Who is Ken Burns?

Ken Burns was born on July 29, 1953, in Brooklyn, New York and is a filmmaker and author. Ken Burns wife is Julie Deborah Brown and they have been married since 2003. He was previously married to Amy Stechel form 1982 to 1993 and has four children: Sarah Burns, Lily Burns, Olivia Burns, and Willa Burns. His net worth is estimated at $1.5 million. Ken Burns’ movies such as The Civil War, Baseball, Jazz, and Prohibition are just some of the many documentaries he has created, all retellings from America’s history.

After a decade of research, filming and editing, Burns and Lynn Novick’s The Vietnam War will air on Thursday, September 28 on PBS stations. It’s a 10-episode, 18-hour documentary on the war told in a way that gives a hard-hitting perspective.

In an interview with Entertainment Weekly, Burns said: “[1983’s] Vietnam: A Television History came out in the first five or six years after the fall of Saigon and didn’t benefit from the perspective that these many decades have given us.”

He continued: “The many, many feature films that have ranged from excellent to execrable are all essentially Americans talking about Americans — they’re not dealing with all of the sides in this struggle. What we wanted to do was benefit from the 40-plus years of new scholarship and the willingness of veterans from all sides to speak. To have access to the country and tell not just a top-down story of policy — or failed policy, depending on your point of view — but to do a bottom-up story of the human dimensions of the war.”

He’s Not a Trump Fan

The president has no shortage of critics and Burns was one of many who took on Trumps’ Evangelist supporters.

“The Republican Party has been extraordinarily successful at getting many groups of people to vote against their self-interest. Evangelicals are voting for Donald Trump,” Burns said in Esquire. “What part of Donald Trump reminds you of Jesus Christ? Trump lusts after his own daughter on national radio, talks about women’s bodies and breasts in such a disparaging way, and mocks them. How is this in any way Christian? When you make the “other” the enemy, how is that Christian?”

Burns has also criticized some of the country’s stance on race and made a film titled The Central Park Five, a documentary about black teenagers that were wrongfully accused and convicted of raping a white female jogger in New York City.

In order to get more information on the case of the 1989 assault of a female jogger in Central Park, a subpoena was filed by the city to obtain all information. This included the interviews in Burns’ The Central Park Five, but he refused, saying that officials were “given opportunities to participate in the making of the film and, after denying interview requests, are now on a fishing expedition,” according to The Hollywood Reporter. The city was being sued in a $50.0 million law suit by the five black men wrongfully accused and charged at the time.