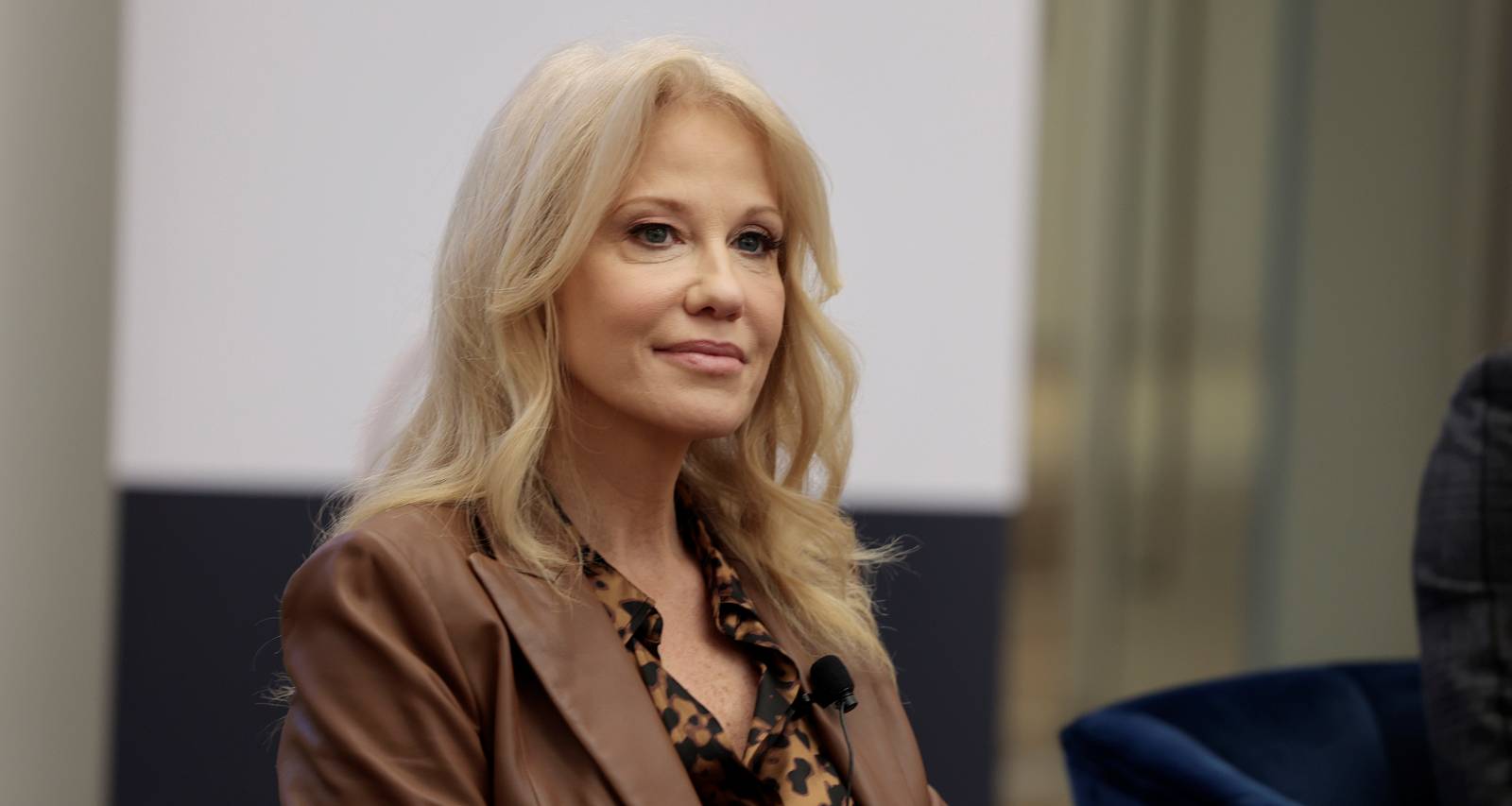 Kellyanne Conway at the institute on January 28, 2022 in Washington, DC. (Photo by Anna Moneymaker/Getty Images)

Donald Trump announced his new campaign manager this week and many are wondering who is Kellyanne Conway? If you’ve never heard of her before, we have five facts you need to know in our Kellyanne Conway bio. Here are the answers to Kellyanne Conway’s age, career and education history, including Kelly Conway’s net worth and family life.

She’s Got a Passion for Justice

Who is Kellyanne Conway? Kellyanne Conway is the woman assigned to improve Donald Trump’s relationship with the media — specifically women. How old is Kellyanne Conway? Born on January 20, 1967 and raised in Hammonton, New Jersey, the ambitious politician is 49 years old. Before she became a member of the Trump campaign, Conway pursued a career in law. She graduated from Trinity College in Washington, D.C., with a B.A. in Political Science, and went on to earn a degree in law from George Washington University Law Center. She remained in Washington and clerked for a judge there, then spend the next four years as an adjunct professor at the same law center.

She is a Networking Success

After working with the Wirthlin Group, a polling firm which worked for Ronald Reagan, Conway founded her own firm, The Polling Company, in 1995. Aside from Reagan, Conway worked for the late Congressman, Jack Kemp, former Vice President, Dan Quayle, Newt Gingrich (Speaker of the House), Senator Fred Thompson and Indiana Governor Mike Pence. She definitely has a lot of experience!

She is a Political Celebrity

Kellyanne Conway shared her comments frequently in the polling and political scene. She made appearances and commented on over 1,200 television networks, print stories and radio shows. The Washington Post even awarded her with the “Crystal Ball” award for her accurate election predictions.

She Knows What Women Want

As the Editor and Publisher of WomanTrendsOnline, an online publication providing news on various topics that influence and are influenced by consumer attitudes and behaviors, Conway is known for her expertise in understanding women. Her co-authored book What Women Really Want: How American Women Are Quietly Erasing Political, Racial, Class and Religious Lines to Change the Way We Live was critically acclaimed for the way it clearly and effectively expressed complex information.

Kellyanne Conway’s children are fortunate to have a mother with such success. Conway is an example of a woman who can take charge and who isn’t afraid of crossing boundaries placed upon her by society. Kellyanne Conway’s husband is George Conway III, also a Republican, and based on his educational success at Yale Law School and Harvard College, he’s a man of intelligence. The couple has four children.

On Memorial Day, Conway told her 11-year-old daughter, Claudia, to change out of her turquoise top into a blue one. According to the Las Vegas Review Journal, Conway’s reasoning was, “it wasn’t a shade available to Betsy Ross when she stayed up through the night sewing the damn flag.” Claudia protested but Conway did not argue with her. Instead, she laid out four blue choices on the bed to give Claudia options. A few minutes later, Claudia appeared, dressed in a true blue number of her own selection.

It’s that strategy Conway plans to use with Donald Trump, according to the Las Vegas Review Journal. If Trump won’t listen to commands on how to address the women of America, Conway’s suggestions are bound to get him on the path to success.