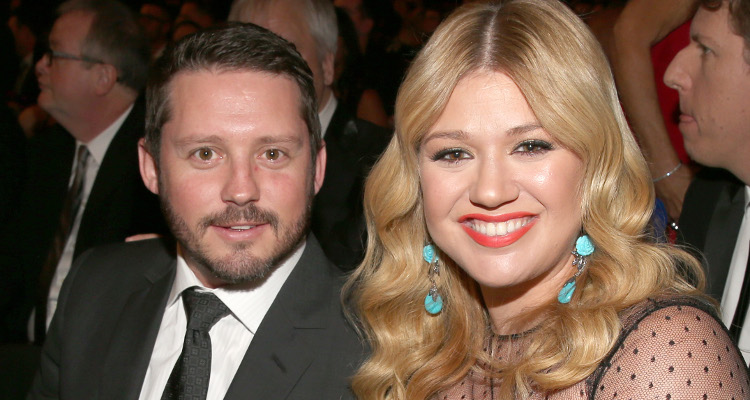 Kelly Clarkson is living her dream life, which she made possible with hard work and determination. She recently appeared on The Voice season 13 as a key adviser for the Knockout Rounds. We know a lot about her professional life and upcoming work, but how much do we know about Kelly Clarkson’s husband? If you want to know more about him, then have a look at our Brandon Blackstock wiki.

Born on December 16, 1976, in Fort Worth, Texas, to Narvel Blackstock and Elisa Gayle Ritter, Brandon Blackstock’s age is 40.  He has a half-brother, race car driver Shelby Blackstock, and two sisters—Chassidy Celeste Blackstock and Shawna Rene Blackstock.

His father married famous country singer, Reba McEntire, in 1989. Their marriage lasted almost 26 years before the two divorced in 2015. Despite the split, the couple’s son is still close to his step-siblings.

According to sources, Blackstock is a pilot and was the talent manager for Rascal Flatts and Blake Shelton.

Brandon Blackstock’s net worth is estimated to be $5.0 million.

Before he started dating Clarkson, Blackstock was married to Melissa Ashworth. Although the details of when they tied the knot are unknown, we do know that they divorced in 2012. They have two children together—a daughter, Savannah, and son, Seth.

It was in 2012 that Clarkson started dating her manager’s son, and future husband. In an interview, she revealed that it was love at first sight when they met during rehearsals for the 2006 American Country Music Awards.

“I’ve only had three other boyfriends that I dated, and not really seriously,” Clarkson said. “This guy walks by, making everybody laugh. I said, ‘I’m gonna end up with him. I know it.’”

Blackstock and Clarkson exchanged their vows on October 20, 2013, at Blackberry Farms in Walland, Tennessee.

Before she got married, the singer revealed, “We have to fit our romantic life into our schedule.” She continued, “It’ll be both a wedding and an elopement. I like it! We are just doing a small, little wedding — me and Brandon and the kids. That is it. All we have time for! But we’re happy with that. We just wanted to make it about us.”

In an interview, Clarkson revealed that she likes motherhood saying, “I have a 12-year-old and a six-year-old now… after being single for six years.” She added, “We all live together and everything. It’s so different, but it’s perfect. They’re awesome, and I actually really dig the mom thing.”

Clarkson also revealed that she wanted to have at least two more kids. Sure enough, the couple welcomed their first child, River Rose, on June 12, 2014. And their son, Remington Alexander, was born on April 12, 2016.

Clarkson and Blackstock recently celebrated their four-year anniversary. Undoubtedly, the pair looks adorable together and give us all relationship goals.

She admitted that they sometimes forget to celebrate explaining, “We have forgotten two out of four of our anniversaries, but the great thing about us is we collectively do it. It’s not like one of us forgets and one of us remembers. We both epically fail. We’re always very busy. The only times we’ve remembered our anniversary is when we had [it] off. If we’re working, we forget what day it is.”