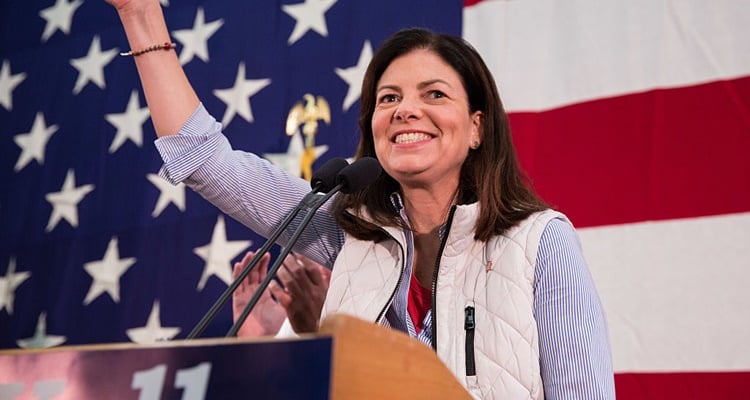 Kelly Ayotte lost the fight for Sentate against New Hampshire Governor Maggie Hassan. After being unseated, everybody is wondering what next step Kelly Ayotte will take. Who is Kelly Ayotte? Keep reading for all the details about Kelly Ayotte’s wiki.

It was definitely a close-knit race between Kelly Ayotte and Maggie Hassan. However, Hassan ousted her competitor from the U.S. Senate and now everybody is wondering about Ayotte’s future. Kelly Ayotte has refused to comment on the situation, however, there are rumors that she may be offered a position in Donald Trump’s cabinet, but both Ayotte’s supporters and Trump’s backers are doubtful about the allegations. Get to know Kelly Ayotte a little better and find out details about her professional and personal life in her wiki.

Kelly Ann Ayotte was born on June 27, 1968 in Nashua, New Hampshire. Her parents are Kathleen M. Sullivan and Marc Frederick Ayotte. She received her bachelors degree in Political Science from Pennsylvania State University where she joined the Delta Gamma sorority.

She received her Juris Doctor from Villanova University School of Law, wherein she served as an editor of the Environmental Law Journal. For the span of four years, from 1994 to 1998, Ayotte worked as an associate at the Manchester law firm of McLane, Raulerson, Middleton, & Graf.

In 2001, Ayotte got married to Joseph Daley, a former Lieutenant Colonel. Daley served in the U.S. army for 21 years. He was on active duty for 10 years after he was posted in 1990. After his service, Daley flew combat missions for the Air National Guard in Iraq and Bosnia. He retired in 2012. Now, he operates a landscape design, installation, and snow removal business in Merrimack, New Hampshire. The couple have two children, Katherine Daley, and Jacob Daley.

Kelly Ayotte’s Net Worth is Estimated to be $1.2 Million

As of 2014,Kelly Ayotte’s net worth is calculated to be approximately $1.2 million.
Her net worth is due to the diligence and hard work she put in to pursue her political career. Ayotte ran for Senator in September 2010. She beat her opponent Democratic Congressman Paul Hodes by 23 points and started serving in the Senate in 2011. She calls herself as a “fiscal hawk,” and claims she has focused her time in office on trying to decrease government expenditures while simultaneously increasing government transparency.

Ayotte is the chair of both the Commerce Subcommittee on Aviation Operations and the Armed Services Subcommittee on Readiness. She also has other roles in entrepreneurship, small business committees, armed services, commerce, Homeland Security, and Governmental Affairs and Budget. We wonder what next step Kelly Ayotte will take to support her career? Although, she has butt heads with Donald Trump in the past, claiming that she won’t leave her daughter alone with Trump in the same room, will she join Trump’s Cabinet post? What do you think about the situation? Let us know in the comments section below.