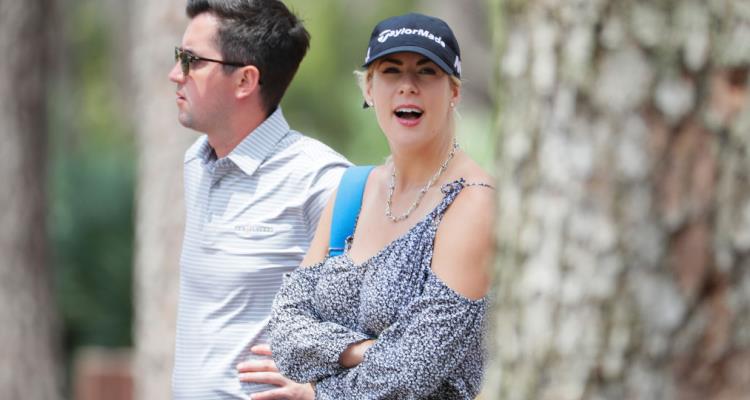 Jon Rahm’s personal life is as great as his professional life. After tying the knot with his longtime sweetheart, Kelley Cahill, his career continues on an upward trajectory—from winning the European Tour Golfer of the Year in 2019 to ranking world No. 1 in July 2020. Cahill has had the Internet’s eyes on her since her Spaniard beau was winning amateur titles in college. And his excellent game in the BMW Championship brings more attention on her. So we’ve got this Kelley Cahill wiki to introduce you to Jon Rahm’s wife.

Kelley Cahill was born on February 23, 1994 and is originally from Lake Oswego, Oregon near Portland. She is the daughter of Rob and Nancy Cahill and has at least one brother, Marty.

Marty, a business graduate from the University of Arizona, worked for the Los Angeles Clippers and Portland Timbers. He currently works for Get Beyond in Scottsdale.

2016 came to and end. A great year were I got my degree and jumped I to my professional career. A lot of memories were made this year but the most important one was starting a relationship with @cahillkelley I am so greatful to have you in my life. This year has been amazing because of you and I can't imagine a better life with anyone else. So glad you could make it to Spain to spend New Years with me. I love you so much my princess! ❤️❤️

The former athlete later attended Arizona State University where she majored in biology and was a track and field athlete. A javelin thrower, she ranked eighth at the 2014 ASU Invitational. She also competed in boxing and tennis there.

Jon Rahm announced that he and his wife were expecting their first child together in November 2020. Earlier this year, Rahm was competing in the Masters, but declared that he would unabashedly bolt from the tournament if his wife was giving birth.

Fortunately, Rahm didn’t have to leave the course, nor was Cahill without him. Their son, Kepa Cahill Rahm, was born on April 3, 2021, as the golfer announced on social media. Both mother and son were healthy.