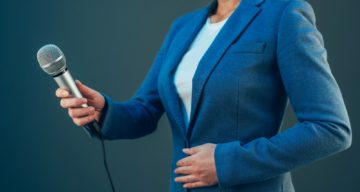 Missouri’s KMBC 9 bid farewell to the weekend anchor Keleigh Gibbs on April 25. The journalist joined the station in 2016, and has become a treasured personality among Kansas City residents since. They are, of course, sad to see her go and have lot of questions about her leaving. Gibbs is relatively private about her personal life and parts of her career. Which makes her fans curious about why she left the ABC affiliate and where is she going next.

Keleigh Gibbs from Lake Forest, Illinois earned her BS in media studies from the University of Illinois, Urbana-Champaign. There, she was a part of the Illini Dance Team and a reporter for The Daily Illini. She said she has stored every copy with her byline in it.

Gibbs worked at Chicago’s TouchVision TV from 2013 to 2014. She was later a reporter and anchor at Philadelphia’s WFMZ-TV from 2014 to 2016. She was also a reporter for Fox 17 in Grand Rapids, Michigan.

Keleigh Gibbs came to Kansas City, Missouri in 2016 when she joined the ABC affiliate KMBC-TV. She was a weekend anchor alongside Katie Horner.

On April 25, KMBC 9 revealed that it was Gibbs’ last day and bid a fond farewell to the anchor. Horner also wished her longtime co-anchor luck on social media.


Gibbs is known to keep her personal life private and had not made a statement on her departure. Her colleagues at KMBC 9 wished her luck on her next venture, but none have specified where she is heading to. We’ll just have to keep a keen eye on Keleigh Gibbs’ social media for news on her.