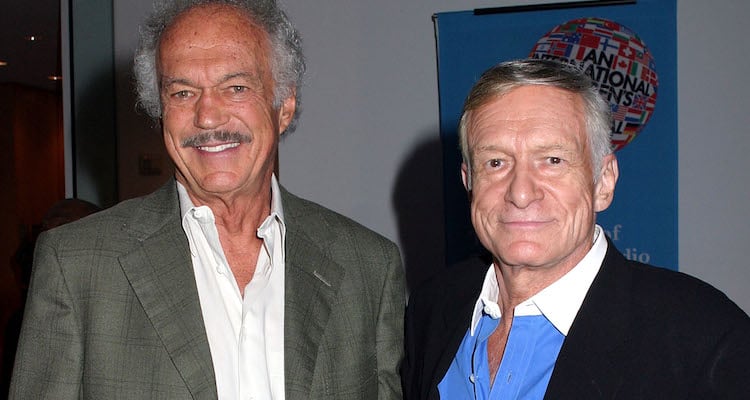 The Hefner name is synonymous with the Playboy brand, and Hugh Hefner is to thank for that. However, Hugh wasn’t the only one with his family name tied with Playboy. Hugh Hefner’s brother, Keith, was a recruiter and executive for the publication and its associated ventures. Curious about the lesser known Hefner brother? Keep reading to take a look at Keith Hefner’s wiki.

Keith Hefner and Hugh Hefner were born to Grace Caroline and Glenn Lucius Hefner in Chicago, Illinois. While is mother was of Swedish descent, his father was both German and English. They were both originally from Nebraska, and both worked as teachers.

When Hugh was looking to launch Playboy, he raised money from investors, and even borrowed some from his mother to get the magazine on its feet. After selling 50,000 copies of their first issue where Marilyn Monroe was featured, Hefner knew he  was on the cusp of something great.

Keith Hefner and wife, Caya were married in 2012, tying the knot in the infamous Playboy Mansion grotto. Others who have exchanged vows in this romantic location include Hugh Hefner and Kimberly Conrad, and even Kendra Wilkinson and Hank Baskett. It was reported that “The couple tied the knot in a ceremony presided over by Chris Robinson. Witnesses included Ashley Matthau, Trisha Frick, Crystal Harris, Keith’s son Morgan Farrington and Hef, who was deeply moved by the expression of true love.”

With Hugh Hefner’s recent passing, many have been left wondering if Hugh Hefner’s brother is dead. Unfortunately, the mogul’s younger brother passed away last year at his home in Beverly Hills. He had been sick for quite some time, and was battling cancer at the time of his death. Hugh shared a picture of himself and his brother in matching cream suits to announce his passing. He captioned the snap, “This morning, my dear brother and best friend passed away. I love you, Keith. Rest in peace.”

Keith worked as one of the top executives for Playboy, and handled the training of Playboy Bunnies and the recruitment of models. People also reported that Keith often appeared on “E!’s popular reality show chronicling Hugh’s life at the Playboy Mansion, The Girls Next Door, which ran from 2005 to 2010 and starred Kendra Wilkinson, Holly Madison, and Bridget Marquardt.” His wife, Caya, and friends like Kendra Wilkinson all took to social media to express their grief, and share the fond memories they had of him:

Just heard the news about Keith Hefner. He was such an awesome guy. I will miss him. #RIPKeith ?

A year and a half later, Keith’s brother, Hugh Heffner passed away, leaving his Playboy empire behind. His son Cooper, Chief Creative Officer of Playboy Enterprises, who will likely take over his father’s position, released a statement on his father’s passing:

“My father lived an exceptional and impactful life as a media and cultural pioneer and a leading voice behind some of the most significant social and cultural movements of our time in advocating free speech, civil rights and sexual freedom. He defined a lifestyle and ethos that lie at the heart of the Playboy brand, one of the most recognizable and enduring in history. He will be greatly missed by many, including his wife Crystal, my sister Christie and my brothers David and Marston, and all of us at Playboy Enterprises.”