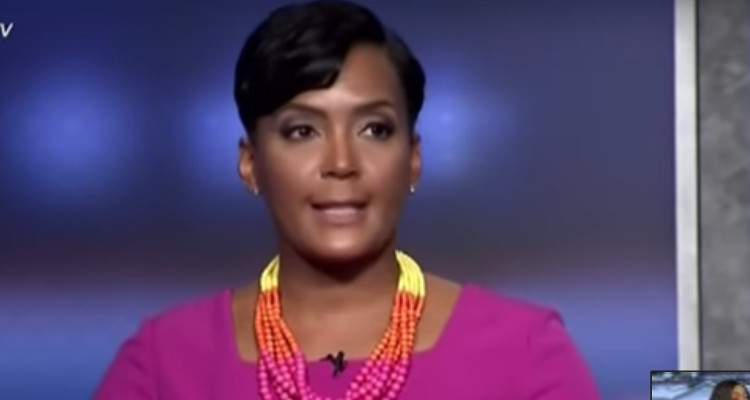 Keisha Lance Bottoms was born and raised in Atlanta, Georgia, and this is the city she calls home. She has spent most of her life serving her hometown in a variety of administrative and political posts, and if things go her way in the recount, she could very well become the next Mayor of Atlanta! She lives with her husband, Derek W. Bottoms (and their four adopted children) and has ambitious plans for herself, her city, and it’s citizens.

Both candidates Keisha Lance Bottoms and Mary Norwood have campaigned hard in their effort to become the next Mayor of Atlanta, Georgia, and the race has been very close. Even though Bottoms finished in first place with 26% of the vote, she could not receive a majority of the votes, which is required for an outright win. She faced the runner-up Mary Norwood in a runoff election which took place on November 5, 2017, and is currently ahead by more than 700 votes. While Bottoms and her supporters are already claiming victory and are celebrating, Norwood isn’t ready to give up. She says that she is waiting for the absentee ballots from the military and provisional ballots to be counted, which will happen on Thursday, November 7, 2017. Norwood is even asking for a recount! All this has put Keisha Lance Bottoms squarely under the limelight, and people are clamoring to know more about her. We bring for you some details from Keisha Lance Bottoms’ wiki.

Service to Her City of Birth

Our campaign was BUSY today! We capped off our day in Midtown at Park Tavern watching the Atlanta mayoral debate and rallying after with Keisha Lance Bottoms and Senator @kamalaharris! . Only ONE full day left until Election Day! Come volunteer tomorrow and get out and vote Tuesday! . #standwithkeisha #standwithatlanta #keepatlantamovingforward #leavenoonebehind #uniteatlanta #fightingforatl

Born on January 18, 1970, in Atlanta, Georgia, Keisha Lance Bottoms’ age is 47. Her father was a famous R&B singer-songwriter named Major Lance. After completing her high school education from Frederick Douglass High School in Atlanta, she continued her education at Florida A&M University and Georgia State University College of Law, securing a BA and a JD respectively. Bottoms is an American politician and lawyer who has been a member of the Atlanta City Council from January 4, 2010, and serves as the Vice-Chair of the Council’s Public Safety Committee. She has also served as the Chair of the Council’s Zoning Committee. She is a lawyer who has been practicing law for more than 20 years and fought hard to make Atlanta a safe place for its citizens. She is a member of the Democratic Party.

After it was announced that Bottoms was leading Norwood by more than 700 votes in the runoff, she addressed her supporters and said, “This is about Atlanta. And what we said from Day One is that this is about what we hope this city can be for our children’s children. We stand tonight as one Atlanta. I stand here tonight as my daddy’s daughter and I can say dreams do come true. For those who did not support me, I look forward to working with you as well, because this is still a city for all of us.” Bottoms also thanked her supporters for standing with her when the odds were against her campaign.

I am LIVE in the studio this evening on Instagram with @bossipofficial, @kandi, @rasheedadabosschick, @tanyatehanna, and other supporters! Join us as we discuss Atlanta’s future ahead of tomorrow and encourage everyone to get out and vote! #bethe700 #keepatlantamovingforward #standwithkeisha #uniteatlanta

Keisha Lance Bottoms’ husband is named Derek W. Bottoms, and he is vice president of employment practices and associate relations at The Home Depot. Earlier, he worked as a senior counsel for the company for 11 years, and before that, he was an associate at the Powell Goldstein Law Firm, where he specialized in employment law. According to sources, the couple owns a house in Southwest Atlanta that is valued at $326,000 and a home in the elite island of Martha’s Vineyard, just off the coast of Cape Cod. The home is located in the island’s Oak Bluffs neighborhood and was purchased for $1.01 million. Bottoms and her husband have four adopted children named Lance, Langston, Lennox, and Lincoln, and are a close-knit family. If Bottoms does become the Mayor of Atlanta, it will be a fitting reward for a woman who has spent most of her life working for the improvement of the city she calls her home!