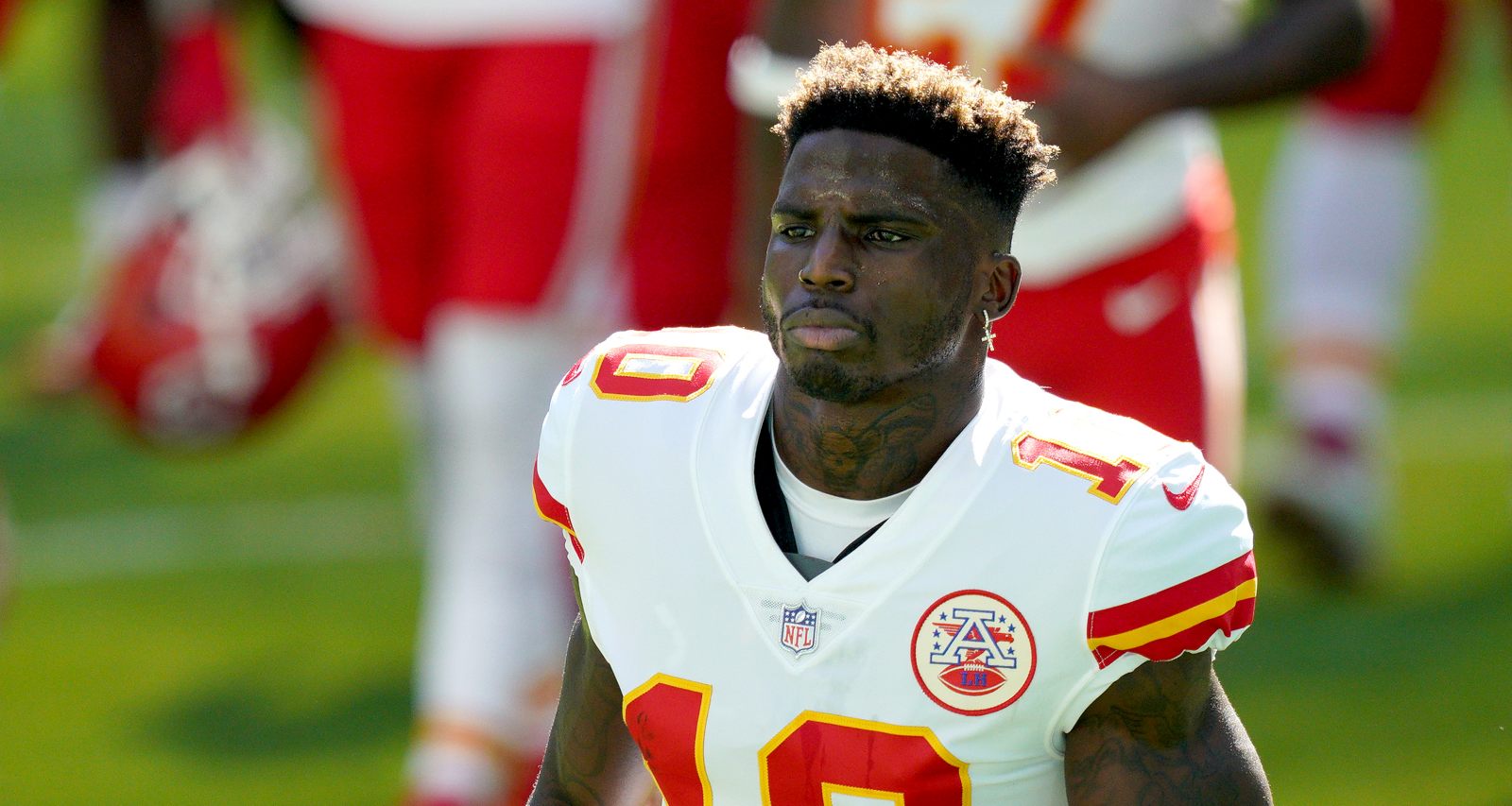 Kansas City Chiefs WR Tyreek Hill made his newest relationship Instagram official in December 2020. His girlfriend, Keeta Vaccaro, is familiar to fans of the Tennessee Titans. An athlete herself, she comes from a family of footballers. And now she’s an up-and-coming entrepreneur and designer you need to keep an eye on. If you’re curious about Tyreek Hill’s girlfriend, we have all the details in this Keeta Vaccaro wiki.

LaKeeta “Keeta” Vaccaro and her twin sister, Ashley Vaccaro, were born on February 14, 1996 to Alesia Johnson Vaccaro and Ken Vaccaro.

Ken Vaccaro was Italian, hailing from Sicily, and Alesia is African-American from Texas. Their kids are of both Italian and Black descent.

The oldest of the Vaccaro siblings, Kenny, was 16 when their father passed away of emphysema. The kids were introduced to football by their father, Ken Vaccaro.

After his passing, Alesia Vaccaro worked multiple jobs to raise her children. Alesia also stepped up as a coach to her children.

Kevin Vaccaro played for the Texas Longhorns from 2012 to 2016. Their maternal uncle, A.J. Johnson, is a former cornerback for the Washington Redskins and won a Super Bowl championship ring in 1992.

Growing up in an athletically gifted family, Keeta played basketball, ran track, and was a dancer. With her sports background, she initially majored in physical therapy. She later graduated in 2019 after majoring in entrepreneurship and marketing.

Keeta Vaccaro has been a part of the American Physical Therapy Association since 2017. But she also runs her own businesses with her twin.

In Vaccaro’s own words, “I eventually found my path by curating content on my social media. I began to find friends interested in fashion and music. The entertainment industry’s as drawn to me. Living in Miami made it a bit easier to take the industry over.”

So Keeta embarked on her career as a model and influencer. An internship at the 2018 Miami Swim Week earned her the know-how of the business, and she began designing and creating her own collection.

Keeta Vaccaro launched her brand, Misurare by Vaccaro, in 2017. The name, which translates to “measure up” in English, represents her mixed heritage.

That same year, she launched 1996 The Label with Ashley. The sisters curate collections by different brands, including Misurare, on the online boutique.