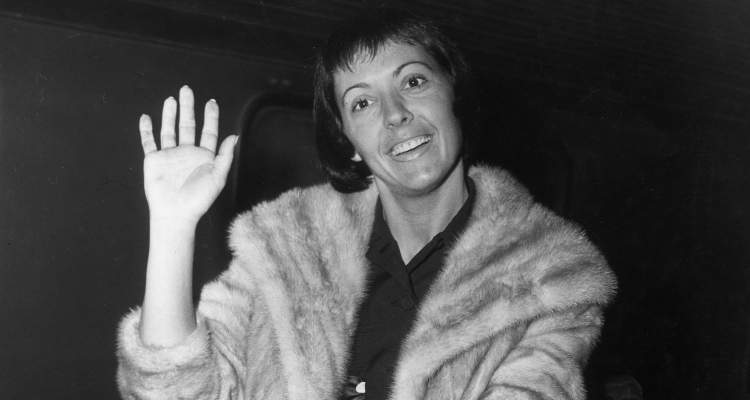 Grammy-winning legend, Keely Smith passed away on December 16, 2017. She’s best known for her solo jazz recordings and collaborations with the late Louis Prima, as well as her deadpan stare. News of her death comes on the heels of her declining health. Keep reading to know more about Keely Smith’s cause of death, career, and marriage in Keely Smith’s wiki right here.

Born Dorothy Jacqueline Keely on March 9, 1928, in Norfolk, Virginia, Keely Smith’s age was 89 at the time of her death. Very little is known about her parents, except that they had Irish and Cherokee ancestry. They divorced when she was a child, and her mother remarried a man named Jesse Smith when she was nine years old.

Keely Smith and her three brothers had their fair share of struggles growing up. They took in laundry to make ends meet and pay for music lessons.

Smith began singing professionally when she was 14. Her first gig was for a children’s radio show with Saxie Dowell’s band at the local naval air station. Her first paying job was at 15, with Earl Bennett’s band.

She could swing with the best of them. RIP Keely Smith. #RIP #KeelySmith #Swingin #Jazz #Legend

Smith’s family vacationed to New York City but later went to Atlantic City in New Jersey. There, she was introduced to Louis Prima’s music when she saw the jazz musician perform at a show in 1949.

The following year, Smith heard that he was playing in Virginia and looking for a female vocalist to join his band. So, she adopted the stage name Keely Smith from her stepfather.

She auditioned, and Prima hired her on the spot. They recorded songs like Johnny Mercer and Harold Arlen’s “That Old Black Magic” and other successful hits like “I’ve Got You Under My Skin” and “Bei Mir Bist Du Schon.”

Louis Prima and Keely Smith’s albums include The Wildest! and The Wildest Show at Tahoe.

Together they were the undisputed King and Queen of Las Vegas and credited with inventing lounge music. Smith’s impassive stage presence balanced Prima’s exuberant comedic showmanship, and they became a hit with audiences.

She Was Prima’s Fourth Wife

Smith was 18 when she began performing with Prima, who was 18 years her senior. The duo got married in 1953, not long after they began performing together. It was Smith’s first marriage and Prima’s fourth. They had two daughters together named Toni Elizabeth and Luanne Francis Prima.

To follow up their successful act in Las Vegas, Smith and Prima signed with Capitol Records and released a slew of successful albums. At the inaugural Grammy Awards in 1959, they were the first to win a Grammy for Best Performance by a Vocal Group for “That Old Black Magic.”

While Smith and Prima were at their peak professionally, their marriage suffered. Smith was reportedly tired of her husband’s affairs and filed for divorce in 1961. The papers cited extreme mental cruelty as the reason.

Prima went on to marry once more before his death in 1978. Smith remarried in 1965 with rockabilly singer, Jimmy Bowen. After their divorce in 1969, she became singer Bobby Milano’s domestic and professional partner in 1975 and were together until his death in 2006.

Rest In Peace, dear Keely Smith. She is one of my favorite singers of all time. Also a native Virginian, Keely Smith was championed and mentored by Frank Sinatra in the 60s when he signed her to his Reprise label. Previously Smith recorded for Capitol and Dot Records with her then husband Louis Prima. After decades of recording inactivity Smith returned to the studio almost 20 years ago with a string of acclaimed recordings…sounding not a day older than when we last heard from her. Smith was 89. #keelysmith #capitolrecords #songbirds #greatamericansongbook #records #vinyl #recordstores #crooners #girlsingers #torch #rip

She Embarked on a Solo Career

Although she started out performing with bands, Smith had all the makings for a solo career. When they signed with Capitol Records, Prima insisted that Smith should be awarded a solo contract separately. That paid off well for her, especially when she released her solo album, I Wish You Love.

Smith signed with Reprise Records after her divorce and released an album of Beatles compilations. Her single, “You’re Breaking My Heart” was a major hit in 1965. She focused her energy on raising her daughters after her divorce, but returned to music after a decade-long hiatus.

With the success of her 1985 album, I’m in Love Again, Smith was back on top and performing sold-out shows. When interest in swing and big band music was revived in the ‘90s, a TV commercial featuring Prima and Smith’s classic anthem, “Jump, Jive an’ Wail,” turned the spotlight back on her.

At the 1st Annual Grammy Awards in 1959, Smith and her then-husband Louis Prima won the first Grammy for Best Performance by a Vocal Group for "That Ol' Black Magic.” pic.twitter.com/nYCkzHsOdC

Smith’s career highlights include performing for John F. Kennedy’s inauguration and Grammy nominations. Her album, Keely Sings Sinatra, was nominated for a Grammy in 2001. Her legacy was honored when she was inducted into the Las Vegas Hall of Fame, along with stars on the Hollywood Walk of Fame and Palm Springs Walk of Stars.

In 2008, she returned to the stage to celebrate 50 years of the Grammy’s inception. Keely Smith and Kid Rock performed “That Old Black Magic” together.

You can watch Keely Smith’s YouTube video of her performance with Kid Rock below.

According to her publicist, Bob Merlis, Smith suffered from heart failure and was under a physician’s care. She passed away on December 16, 2017, in Palm Springs, California at the age of 89.

Keely Smith is survived by her daughters, Toni and Luanne Prima.

RIP, dear sweet Keely. Thank you for being a contributor to the soundtrack of my life. I hope your buttery smooth voice has lifted you to heaven, and you can avoid Louis Prima at all costs. #keelysmith