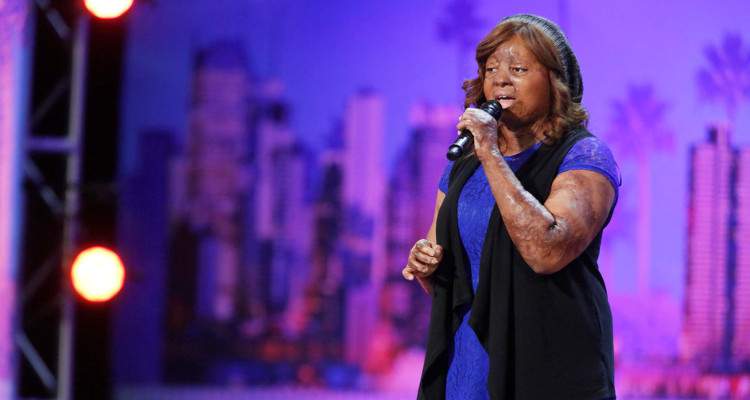 Kechi Okwuchi sang like a nightingale during her America’s Got Talent audition. So, it’s no surprise that the 28-year-old received a standing ovation from the AGT judges for her soulful rendition of Ed Sheeran’s “Thinking Out Loud.” But what should be taken note of is the courage and optimism this young girl reflects. Okwuchi was determined to revive from the scarring plane crash, where she sustained deadly burns. She only drew more strength from the tragedy and stood in front of the world wearing all of her scars and burns like a true warrior. Here’s a the inspiring story of Kechi Okwuchi, the survivor of the 2005 Nigerian plane crash.

The AGT contestant was born on October 29, 1989. She grew up in Orlu, Imo State with her younger sister. Kechi Okwuchi attended boarding school at Loyola Jesuit in Abuja, Nigeria. She graduated in economics with a First from the University of Thomas in Houston, Texas in 2015.

During her academic years, Okwuchi was a scholar. In college, she was inducted into six academic honor societies owing to her extraordinary brilliance. She has also been adjudged the most outstanding student for her major in Economics.

Currently, Okwuchi is pursuing her MBA in Economics at University of Thomas, Houston.

Kechi Okwuchi has a plane crash survival story that is no less than a miracle. In 2005, she was traveling with 116 people on Sosoliso Airlines Flight 1145, which was flying from Abuja to Port Harcourt. As reported, the plane crash-landed at the Port Harcourt International Airport, costing the lives of nearly all the passengers. There were only two survivors, including Okwuchi.

In a blog on Bella Naija, Okwuchi shares her harrowing experience in the fatal air crash:

“Fifteen minutes to the end of the flight, the pilot announced that we were soon to land at the Port Harcourt airport. I remember I was sitting in an aisle seat, and my close friend Toke was on the aisle seat to my right. The ensuing turbulence was getting very frequent, but I didn’t think too much of it until someone from the back shouted ‘Is this plane trying to land?’ I couldn’t see out the window from my seat, but now I think about it that was probably for the best. Everything was so surreal in that moment. I turned to Toke, and we held hands, and I was like ‘Maybe we should pray?’ Before we could even start, there was this sudden shrill sound ringing in my ears, and next thing I knew, I was waking up in Milpark Hospital, South Africa. To this day I don’t remember the actual impact of the crash.”

Okuwuchi and another passenger were the only two people to survive the catastrophe. Kechi Okwuchi had partially lost her vision in the accident. Over 65% of her body was burnt. In 2007, Okwuchi moved to Texas with her family for treatment at Shriner’s Hospital for Children in Galveston. She has undergone at least 100 surgeries to date.

Two years after the horrific incident, Kechi Okwuchi has overcome the aftermath and made peace with her grim reality. She resurrected from the misfortune like a phoenix from the ashes and went on to invigorate people by delivering speeches on TEDTalk stages. During her AGT audition, the 28-year-old survivor told the judges that aftermath of the accident was depressing and discouraging, but luckily she had music to help her through the worst phase of her life.

“Lying down in the hospital bed with bandages from head to foot, music was my escape, and that’s why it means so much to me,” said Kechi Okwuchi. Hats off to this brave girl and our best wishes for her future performances on AGT! Check out her inspiring audition below!