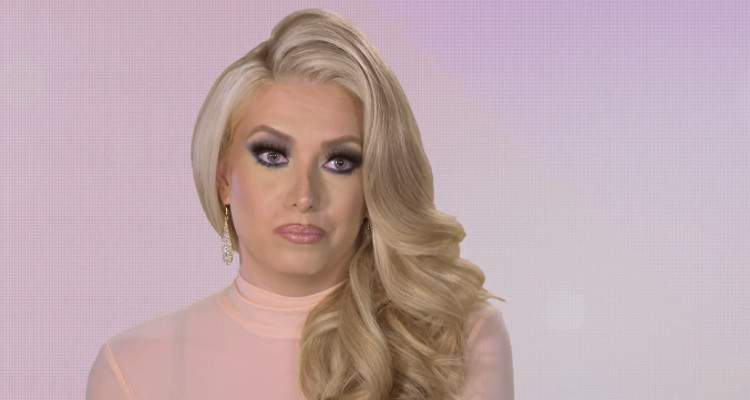 WAGS Atlanta is all set to premiere tonight (January 3) and E! has already given us a first look at the excitement. The new WAGS spinoff kicks off with Kaylin Jurrjens’ emotional drama.

E! is adding to its franchise entries with the WAGS spinoff, WAGS Atlanta, set to premiere tonight. The first look at the series premiere has Kaylin Jurrjens getting emotional over her husband’s career crisis. MLB fans might be aware of Kaylin Jurrjens’ husband, Jair “JJ” Jurrgens, who was suspended by the L.A. Dodgers. Learn more about this WAG in our Kaylin Jurjjens wiki.

She Was a Cheerleader

Atlanta native, Kaylin Reque grew up learning classical ballet. She pursued dance later in life, even earning a coveted spot in the famous Rock School for Dance Education in Philadelphia, Pennsylvania, where she graduated from high school.

Her Instagram lists her many job titles: “Miss Georgia USA ’11, Former NBA Cheerleader, Model, Actor, and Wifey.” After graduating, she was a cheerleader in the NBA, NHL, and MLB.

Kaylin confessed that she was always clear on her likes and dislikes. “In school, I was always a little different. I was very into fashion, dressing up and wearing heels to class. Instead of going to football games, I was in a dance studio training in classical ballet. All my life experiences leading up to this have shaped me and given me the confidence to believe this dream could become a reality.”

I crashed down these stairs Scarlett O’Hara style 5 minutes after this pic was taken ? But the real question is… are you even a real southern belle if you don’t dramatically fall down an estate’s staircase in a gown? #Mood #LetMeFeelMyOats #IEarnedIt #WAGSAtlanta

She Was Miss Georgia

As she stated in her Instagram bio, she was crowned Miss Georgia USA in 2011. She went on to compete in Miss USA that year and made it to the top 15. Though she didn’t win, she fulfilled her childhood dream of competing for the title.

“I got involved in pageants because of a childhood dream to become Miss USA,” Reque said back then. “Now as a young woman, that dream has grown into becoming a role model for girls, a spokeswoman for charities such as Susan G. Koman, and great opportunities to further my career.”

As a child, she played pageants with her Barbies before competing in real ones. She competed in her first pageant, Little Miss Duluth, when she was eight and was the runner up.

5 years ago!! Tonight we welcome a new Georgia peach into the sisterhood! Good luck to all the contestants, enjoy every chaotic second. You don't know it now, but those will be your favorite memories looking back. Help your fellow contestants out when you can-after the pageant is said and done those friendships will still remain! #GroupTexts #MissGAUSA #greenwood4thecrown

Kaylin became a local celebrity in Atlanta since representing Georgia in Miss USA. She made TV appearances on CNN, NFL on FOX Sunday, Investigation Discovery, and Drop Dead Diva. She went on to sign with Atlanta Models and Talent and appeared in national commercials for brands like Papa John’s.

She was also ranked among the 50 Most Beautiful Atlantans by Jezebel, and has been with Jair Jurrjens since she was 19. Their newlywed glamour made it to the Modern Luxury Brides segment on Atlanta’s Chicest Couples.

Now this Atlanta starlet is taking over reality TV with E!’s latest spinoff, WAGS Atlanta. Kaylin kicks off the series premiere on a dramatic note as she deals with the aftermath of Jair’s 80-game suspension. Back in June 2017, JJ was suspended by the Dodgers after testing positive for performance-enhancing drugs.

The first look at WAGS Atlanta shows the 29-year-old attending Kierra Douglas’ (Tennessee Titans’ Harry Douglas’ wife) party. “I just wanted to show up to Kierra’s party, put the pageant smile on. Sometimes you just have to push through,” Kaylin said about putting on a brave front amid her husband’s scandal. But the night proved too much for Jurrjens, who made an abrupt exit from the party.

Watch how it all goes down when WAGS Atlanta premieres tonight at 10:00 p.m. EST on E!.

Happy Anniversary @jairjurrjens49 ❄️ December 6, 2014 was the most gorgeous, epic, fun day of my life and it’s been an adventure with you ever since. Cheers to 3 years?I love you!