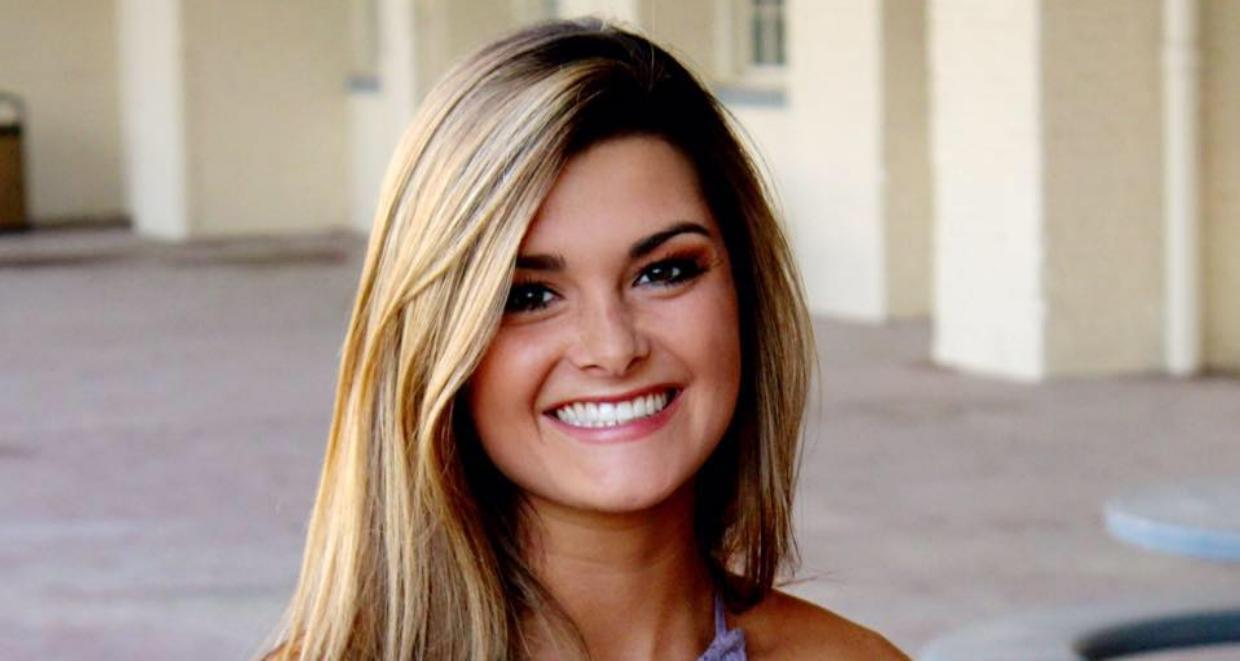 Kaylie Green is just 21 years old but already has some real accomplishments under her belt. She is studying communication and media at the University of North Carolina while working at as an intern at the Children’s Healthcare of Atlanta in Georgia. She comes from a family of established racing car sportsmen and is herself the girlfriend of one. She inspires and cheers on Chase Elliott, who is the lucky man in her life.

Chase Elliott is an upcoming star in race car driving and brings lots of excitement to the sport and spectators with his skills. He is just 22 years old and already being talked about as a star to watch out for in the near future.

People also talk about Chase Elliott’s girlfriend, Kaylie Green, who is often seen with him. So who is this lovely young woman?

Here are some details from Kaylie Green’s wiki.

How Old Is Kaylie Green?

Her connection to racing cars is not limited to her boyfriend, Chase Elliott, but begins even before her birth. Her father, David Green, was a NASCAR driver and is currently a NASCAR official. 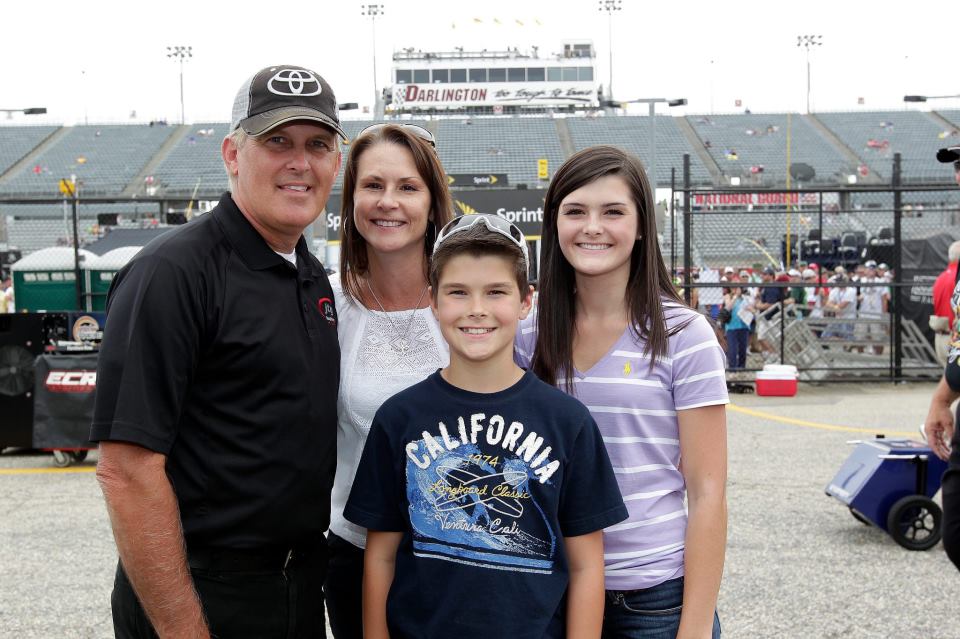 A Family of Race Car Professionals

David Green retired from racing in 2008 and has also worked as a spotter. He took part in 78 races over a period of six years from 1997 to 2004 for NASCAR’s top-tier series.

Green won nine times and 22 poles at the Xfinity Series and took part in 404 races over 23 years. The last time he won a race was in 2005 at the ITT Industries & Goulds Pumps Salute to the Troops 250 at Pikes Peak.

Kaylie Green’s younger brother, Austin Green, is also a race car driver. He has driven in the Pro Legend series for Ladyga Motorsports and was a 2017 North Carolina Pro Road Course Champion. He has also been a 2016 North Carolina Pro Asphalt Champion.

With so much car racing genes in her family, is it really a surprise that Kaylie Green hooked up with a race car driver?

She Is the Most Important Person in Her Father’s Life

Kaylie Green is David Green’s oldest child, and he was overjoyed when she was born. He spoke about the impact her birth had on him to a magazine way back in 1998.

He said, “Having Kaylie is the biggest thing that has happened to me. I had always thought that racing was all there was. Now for the first time, there is something else that is more important in my life than racing.”

However, the 21-year-old has her own career far away from the fast and dangerous world of race car driving that gives her immense satisfaction and confidence.

Green is currently a student at the University of North Carolina at Charlotte. She is pursuing a bachelor’s degree in communication and media studies.

She will graduate in 2019 and is currently an active member of the Alpha Delta Pi Sorority. She is minoring in journalism as well. 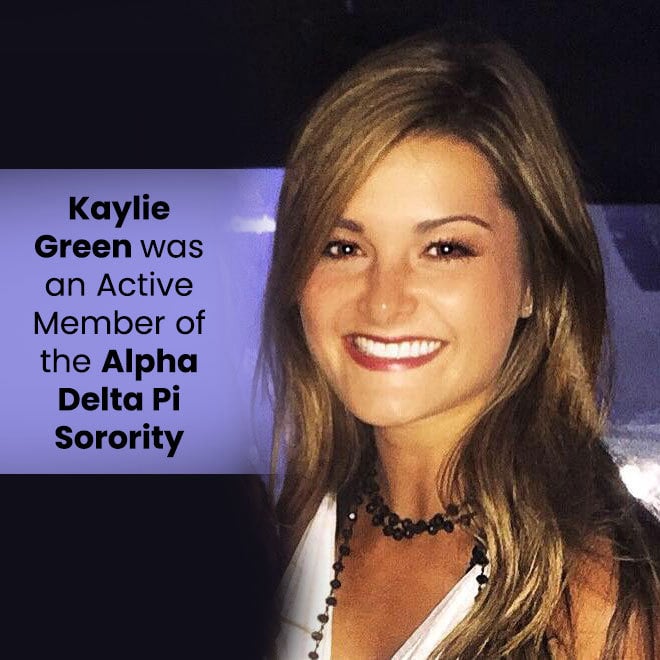 She Has Worked Several Jobs While Still at College

Green is also working to make the best of her time in academics. She is a professional practice intern at the Children’s Healthcare of Atlanta in Georgia and has been working there since May 2018.

Her job is to work on communication and marketing tasks for the Nursing Administration team.

In May 2016, Green was an employee at Lavender Boutique, a designer boutique that sells designer clothes in Charlotte, North Carolina. Her job responsibilities included greeting and working with customers, keeping the media up-to-date, and advertising the store’s merchandise. 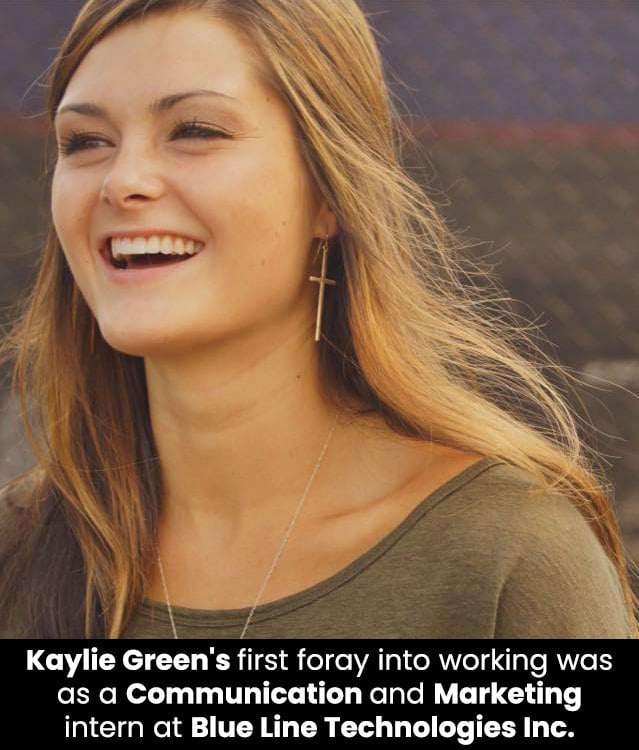 Kaylie Green’s first foray into working was as a communication and marketing intern at Blue Line Technologies Inc. (Credits:Facebook/Kaylie Green)

Her first foray into working was as a communication and marketing intern at Blue Line Technologies in Charlotte, North Carolina. She worked there for around nine months, and her job responsibilities included managing all social media, updating and editing the company’s website, and creating and designing handouts and flyers.

She went to Europe to participate in lectures and activities relating to entertainment and sports management. She was an active member of the Alpha Delta Pi Sorority.

Kaylie Green often accompanies her boyfriend, Chase Elliott, to the races in which he is participating. Like the time in 2017, when she cheered for him from the stands at the Daytona 500. 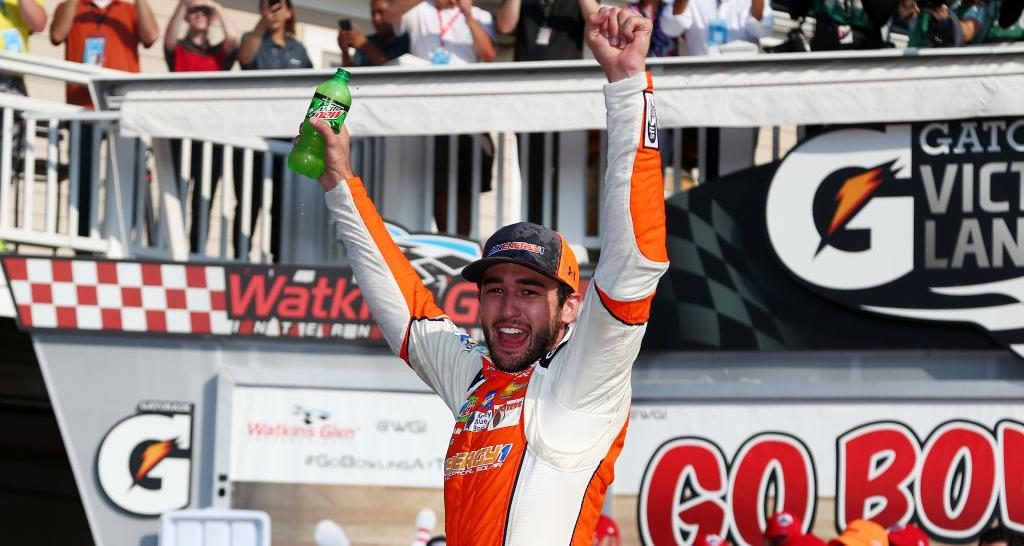 Unfortunately, Elliott didn’t win the race but was more than consoled by his pretty girlfriend, Kaylie Green. She even tweeted a broken heart as Elliott fell from the lead, even though he had the pole position.

She Likes to Have Fun Skiing and Skating

Green is a religious person and reads the Bible regularly. She often shares passages from the Bible like how the “Lord is her strength.”

She loves to ski and has gone with Elliott several times to Colorado to do the same. She also likes to skate and has taken part in competitions in Boston along with her friends.

Kaylie Green Is the Sunshine in Everybody’s Lives

While Elliott is becoming famous with his exploits on the race track, Green tries to keep a low profile. So much so that Kaylie Green’s Instagram account is listed as private.

She is busy with her work and career and does not speak to the media about her personal life. With her energy, enthusiasm, and her intelligence, Kaylie Green is a real live wire who brightens up everybody’s life especially that of her boyfriend, Chase Elliott.