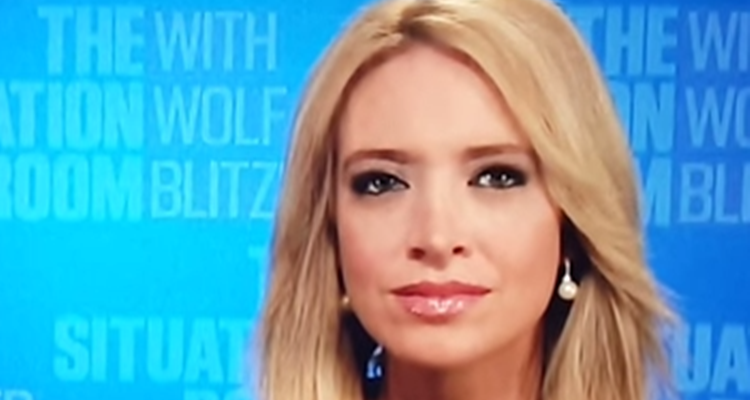 Donald Trump has some female supporters after all. Kayleigh McEnany received a lot of backlash on Monday after she defended Trump’s comments about an adult film star who claimed to be groped by the Republican presidential nominee. Let us learn a little about Kayleigh McEnany, like her net worth, age, and salary.

It comes as no surprise that people who support Donald Trump receive a fair bit of backlash. Kayleigh McEnany is a big supporter of Trump’s reactionary politics. She is one of the conservative pundits who even went on to defend Melania Trump’s plagiarized speech. If you want to know more about Kayleigh McEnany’s wiki, including her net worth, then keep on reading the Kayleigh McEnany wiki.

1) She Was Born in Tampa, Florida

Kayleigh  McEnany was born on April 18, 1988 in Tampa, Florida. The 28-year-old completed her graduation from Harvard Law School with a Juris Doctor. She has also studied at Georgetown University’s School of Foreign Service with a BSFS in International Politics. Additionally, McEnany studied politics and international relations at Oxford University, St. Edmund Hall.

Although her family was never into politics, McEnany became interested in global politics in her sophomore year of high school. She was a cheerleader throughout high school and also volunteered for the 2004 Bush-Cheney presidential campaign.

2) She Completed Her Internship at the White House

Before she left Georgetown to study at Oxford University, she completed her internship at the White House during the George W. Bush administration in the Office of Media Affairs, where she wrote media briefings.

After graduating from Georgetown, McEnany joined Huckabee, the Mike Huckabee show as a producer, where she worked for three years. The show gave her a lot of exposure, allowing her to travel to Israel and note down questions for Huckabee’s interview with Israeli Prime Minister Benjamin Netanyahu.

After McEnany discovered she has the breast cancer gene, she decided to opt for preventive mastectomy in her early 20s. She has eight aunts who were diagnosed with breast cancer, so she opted for the surgery and had implants put in after. After having kids, she plans on removing her ovaries.

No definite figure has been documented as far as McEnany’s net worth is concerned. Her rising career as a CNN commentator makes her salary range from $40,000 to several million dollars per year. If you are wondering about Kayleigh McEnany’s husband, then you should know that she is engaged to New York Mets pitcher, Sean Gilmartin.

5) She Pursued Her Career as a Political Commentator

While in Harvard, McEnany set out to fulfill her dream of becoming a political commentator. She appeared as co-host on CNN’s The Point, which is a prime-time, political, panel-based show. McEnany has made several television appearances on shows such as America Live with Megyn Kelly, Your World with Neil Cavuto, Red Eye on Fox News, The Mike Huckabee Show, The Real Story with Gretchen Carlson, and Varney & Co. Currently, she is a contributor for CNN.