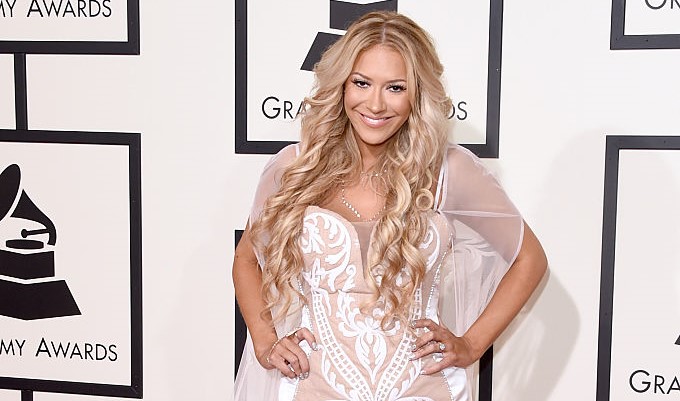 For Kaya Jones, The Pussycat Dolls don’t bring back fond memories and now, the claws are out. In a series of tweets, the former member has claimed that the girl group was linked to a prostitution ring! Yes, you read that right! To learn more about the Pussycat Doll, including information on Kaya Jones’ net worth and the details of her claims, have a look at our Kaya Jones wiki.

Who is Kaya Jones?

Kaya Jones’ age is 33 years old and she born on August 28, 1984, in Toronto, Canada to a Native American father and a Jamaican mother. She was a member of the Pussycat Dolls from 2003 to 2005 and currently lives in Los Angeles, California.

If you’re looking for Kaya Jones’ hot pics or upcoming projects, then her Instagram page is the place to be. The singer has 68.6K followers and shares posts about music, politics, and anything else that interests her.

Was there a prostitution ring going on with The Pussycat Dolls? That’s the claim, according to former Pussycat Dolls member, Kaya Jones.

In 2005, Kaya told Yahoo! Singapore, “When everyone is not on the same page it affects the group so that I think was the worst part and I decided to leave. It was not because I wanted to be solo and I didn’t want to be in a group anymore, I left because it stopped being enjoyable, it stopped being fun.”

She recently changed her tune in a series of tweets saying, “My truth. I wasn’t in a girl group. I was in a prostitution ring. Oh & we happened to sing & be famous. While everyone who owned us made the $,” she began by writing to her fans.

“How bad was it? People ask—bad enough that I walked away from my dreams, my bandmates & a 13 million dollar record deal. We knew we were going to be #1.”

Jones’ net worth can’t be verified but she indirectly blamed Pussycat Dolls founder and choreographer, Robin Antin for the death of Simone Battle, who committed suicide in September 2014.

“I want the den mother from hell to confess why another 1 of her girl group girls committed suicide? Tell the public how you mentally broke us.”

She continued: “To be a part of the team you must be a team player. Meaning sleep with whoever they say. If you don’t they have nothing on you to leverage…Yes I said leverage. Meaning after they turn you out or get you hooked on drugs they use it against you. Correct. Victimizing the victim again.”

Robin Antin, the referred to “den mother” of the modern burlesque dance troupe, has worked as a choreographer for many artists in the music industry. She even went on to create other girl groups such as Girlicious, the Paradiso Girls, and G.R.L.

Antin has since denied the allegations and called them “disgusting, ridiculous lies” and suggested that Jones is “clearly looking for her 15 minutes.” She also wasn’t technically an official Pussycat Doll since she left the group after a trial basis, before they made their debut in 2005.

Looks like there’s no need to guess who Jones voted for, after all. The singer is an outspoken Trump supporter and you can find evidence of it on her website and Instagram account. She’s also made a few appearances as a political commentator on Fox News.