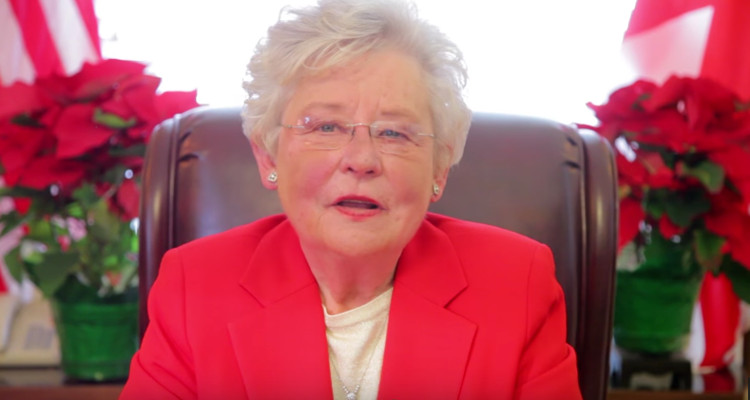 The people of Alabama have welcomed their new Governor, Kay Ivey, who was appointed after the incumbent Robert Bentley resigned over a sex scandal. Ivey worked at her father’s farm while growing up and is expected to bring the same values she learned to clean up the governor’s office.

Kay Ivey wasn’t expecting to be the Governor of Alabama, but it happened because the man in the office, Robert Bentley, had to step down due to a publicized sex scandal. Ivey is now the 54th Governor of Alabama, after having assumed office on April 10, 2017. She is Alabama’s second female governor, after Lurleen Wallace, and is a member of the Republican Party. After her recent appointment, people have become eager to know more about her, so here are some details from our Kay Ivey wiki.

Coming Up the Hard Way

Kay Ivey was born on October 15, 1944, in Camden, Alabama, making Ivey’s age 72. She graduated from Auburn University, where she was a member of the Alpha Gamma Delta sorority. Ivey worked as a teacher, a bank officer, and as the Assistant Director of the Alabama Development Office. She worked her way up to become Director of Government Affairs and Communications for the Alabama Commission on Higher Education from 1985 until 1998.

Kay Ivey’s political party appointed her to replace fellow Republican, Robert Bentley. In the 2002 general election, she won over Stephen Black to win the post of state treasurer. In her new position, Ivey put the tax revenue sources and state’s total expenditures online for public view. She also updated the office technology, trimmed the office payroll, and adopted management techniques of the efficient private sector.

In June 2010, Ivey won the Republican nomination for Lieutenant Governor of Alabama and won the re-election again in 2014.

Her Values Came from Her Upbringing

Kay Ivey sworn in as 54th Governor of Alabama. She is the second woman to hold the office. #alpolitics

Now that Ivey is under the spotlight, people are getting curious about her personal life. From questions of whether or not Kay Ivey is married to people searching “is Kay Ivey gay?” there is a great deal of interest in the newly appointed governor’s private life. So far, there has been no news about Kay Ivey’s spouse, marital status, or her sexuality. Ivey comes from a family of farmers, and she says that working on her father’s farm taught her to value hard work and live within one’s means. Her parents instilled in her the values of faith, family, and community, which she believes strongly towards to this day.

Kay Ivey has not spoken on her personal life and prefers her professional achievements to shine. Her aim is to make this generation more productive and the next generation more prosperous. Considering the general uncertainty in the current political climate, it has come as a relief to many that a strong person with positive core values is now the Governor of Alabama.