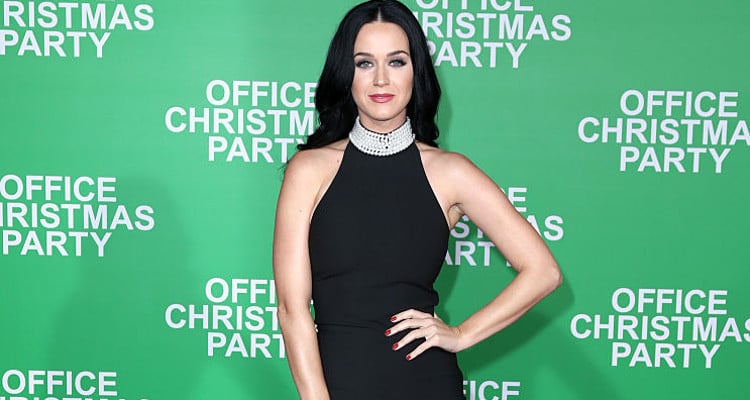 Katy Perry is dropping hints about her upcoming album which is expected to be released next year. Here is everything that you need to know about Katy Perry’s new album in 2017.

Earlier this month, Katy Perry posted some Instagram stories of her in the studio. From goofing off to focussing on a guitar with the caption “OMG INSTRUMENTS” there is no doubt that she is recording another album.

Katy Perry has had amazing singles from her last album Prism which was released in 2013. After waiting three years, fans are hoping that Katy Perry drops a new album in 2017.

A new year means new music, and good news for Katy Perry fans because it looks like the singer is working extremely hard in the studio. She dropped hints before Christmas by sharing two snippets of her songs. In the first clip, a recording of an unreleased song can be heard, and Perry is smiling at the camera with a tooth colored black by a sharpie.

In the second clip she gave fans a glimpse of the instrumentals of a song.

There is also a possibility that Perry maybe working on a music video. The speculation started when a photo was shared by Kyra Gardner, a make-up artist and cinematographer. She posted a photo with Aya Tanimura, the director for the music videos for “Roar” and “Unconditionally.”

How we feel about me being the BTS cinematographer for @katyperry and @tonygardner 's production today. Clearly I am hiding my internal fears about working with the big dogs. #LA #ayatanimura

Although Gardner’s caption says that she is behind the scenes for a Katy Perry production, no details were revealed. Howver, Perry has been dropping hints on her Twitter account, like the one in October which read, “2017 is gonna (be) tight af.”

According to sources, Katy has already recorded eight tracks. The sources further added, “It’s still in the early stages. She’s got security on the doors to ensure no-one hears a whisper.” But further information on her fourth album may just be a rumor, as a representative close to the singer claimed that they have no information about her latest album.

The source further added that Katy Perry is planning on doing a worldwide tour in 2017. But again, this news was not confirmed by Katy Perry’s representative.

It was earlier reported that Perry was working on her fourth album, but stopped half way through to write songs about Donald Trump. Regarding backlash on being vocal during the election, Perry wrote on Instagram, “It’s funny, sometimes people who disagree with me just say, ‘Shut up and sing.’ Boy, will I do so in a whole new way… next year. Hell hath no fury like a woman REBORN.”

The way things are progressing, it is safe to say that the album may release sometime in 2017, and we certainly cannot wait to see what she has in store!