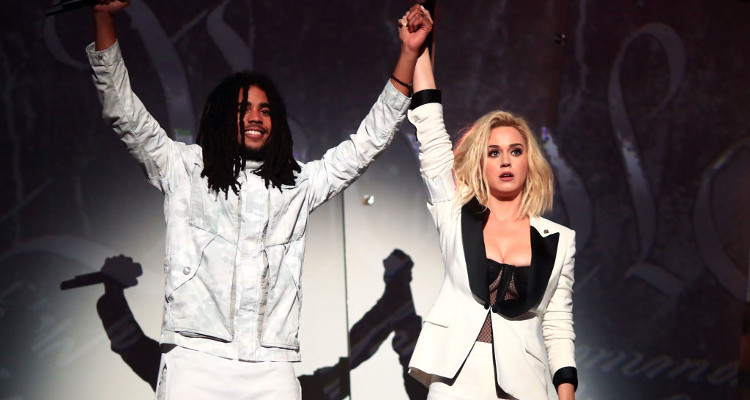 Katy Perry used the 59th Grammy Awards to send a message with her new single, “Chained to the Rhythm.” Perry and Skip Marley ended their performance with an overt political statement.

In this current political climate, artists are taking a stand and speaking up during events, and the Grammys were no exception. Last night (February 12), Katy Perry and special guest, Skip Marley performed her brand new single, “Chained to the Rhythm,” exhibiting a blatant political message through her clothing and her back-up dancers on stage. Perry took to the stage wearing a white suit and rose-colored glasses, while belting out her new hit song. Behind her was a house with a white picket fence, constantly rotating and changing appearance. Perry was wearing an armband that read “Persist,” which was visible as she weaved in and out of the moving boards. 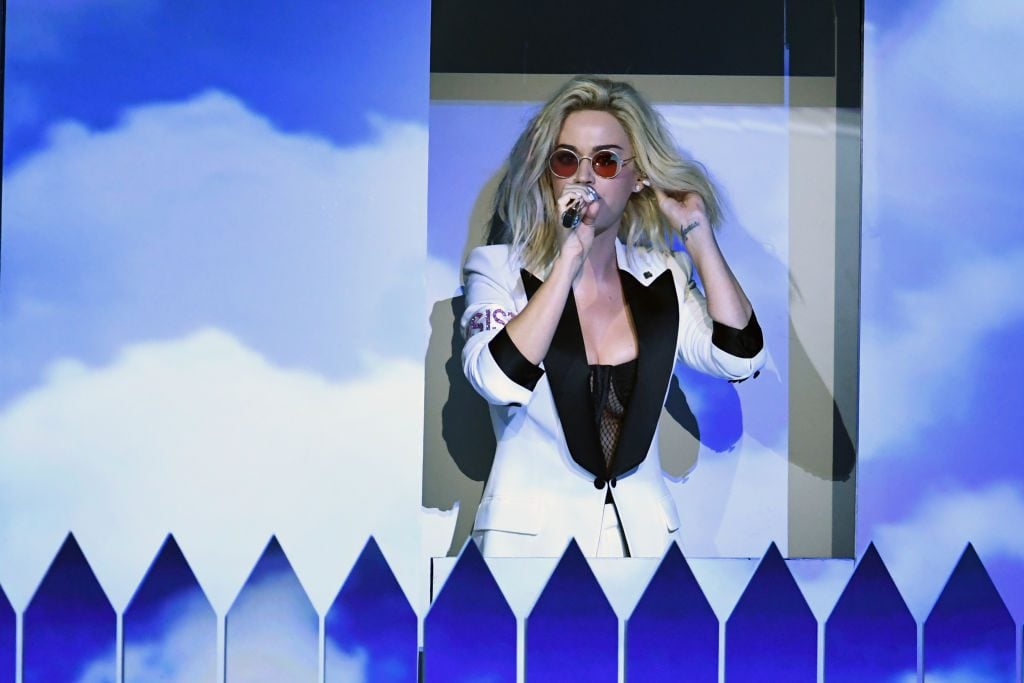 Perry sang the subtly political lines, “So comfortable, we’re living in a bubble, bubble/ So comfortable, we cannot see the trouble, trouble/ So put your rose-colored glasses on/ And party on.” She hints that the world has cocooned itself and is totally oblivious to what’s actually going on. Katy Perry’s new song, “Chained to the Rhythm” is darker than its beat, and is an urgent wake-up call for everyone who has a stake in the free world.

Doing It Her Way

The song and performance also included Bob Marley’s grandson, Skip Marley. As they ended the song, the picket fence in the background was rearranged with the preamble of the American constitution. Katy Perry’s Grammy performance for 2017 made a bold political statement in a very creative way.