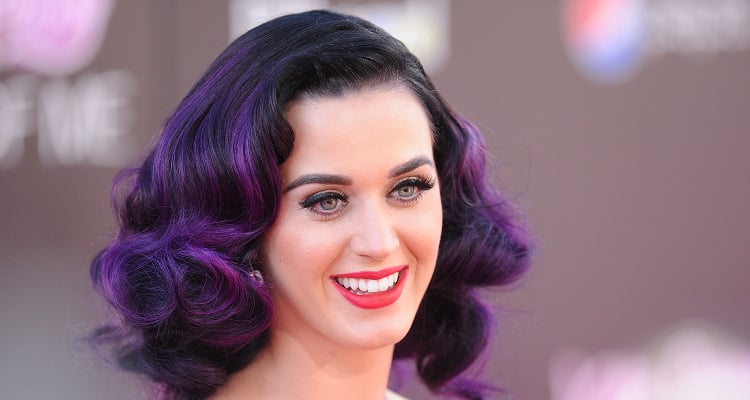 Katy Perry is taking her time to release her fifth studio album. But Katy-Cats are in luck! Perry has released a new single called “Chained to the Rhythm” on her Instagram and Twitter.

After staying dormant since her 2016 Olympic anthem, “Rise”, Katy Perry ended the wait for new music by releasing a catchy new single, “Chained to the Rhythm” featuring Skip Marley, Bob Marley’s grandson. Earlier, Perry had stated that she’s not going to rush her fifth studio album. But recently, the “Roar” singer shared an audio preview of the song by hiding disco balls in various places around the world, which fans could plug their headphones into and listen to the song. After much buildup on Twitter, Perry released “Chained to the Rhythm.” The 32-year-old is also the latest addition to the lineup of performers for the 59th Annual Grammy Awards on Sunday (February 12). Can we hope for a live performance of “Chained to the Rhythm?” Fingers crossed! 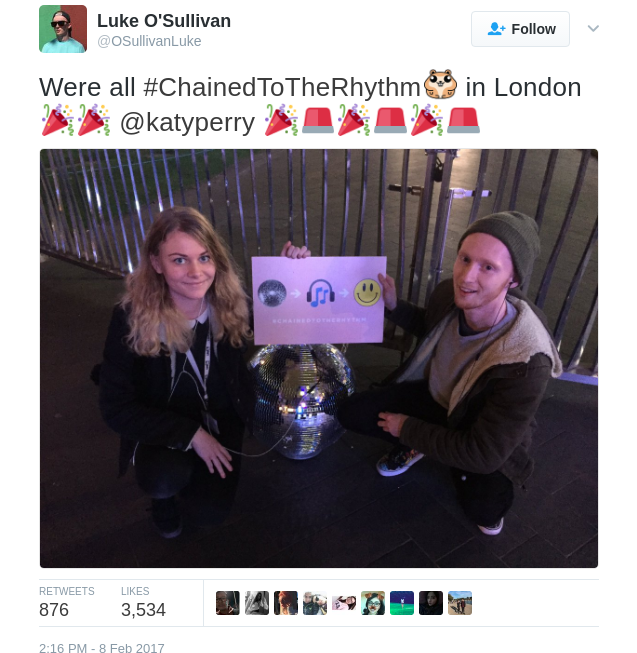 Sporting new blonde locks, Katy Perry has been teasing fans with audio snippets of her upcoming song on Instagram and Twitter. She also released a map where her fans could find a disco ball and listen to a preview of the song, literally chained to the rhythm! After much anticipation, Katy-Cats finally got to listen to the bouncy new track with a lyric video to go with it. The official lyric video takes advantage of the “tiny kitchen” trend, with the tiny food being fed to a hamster at the end.

The song has a catchy disco-like feel, while Skip Marley adds a reggae-style rap. “Turn it up/ it’s your favorite song/ Dance, dance, dance to the distortion/ Come on, turn it up, keep it on repeat/ Stumbling around like a wasted zombie/ Yeah, we think we’re free/ Drink, this one is on me/ We’re all chained to the rhythm.” Perry sings in the chorus as a hamster emoji bounces on each lyric. 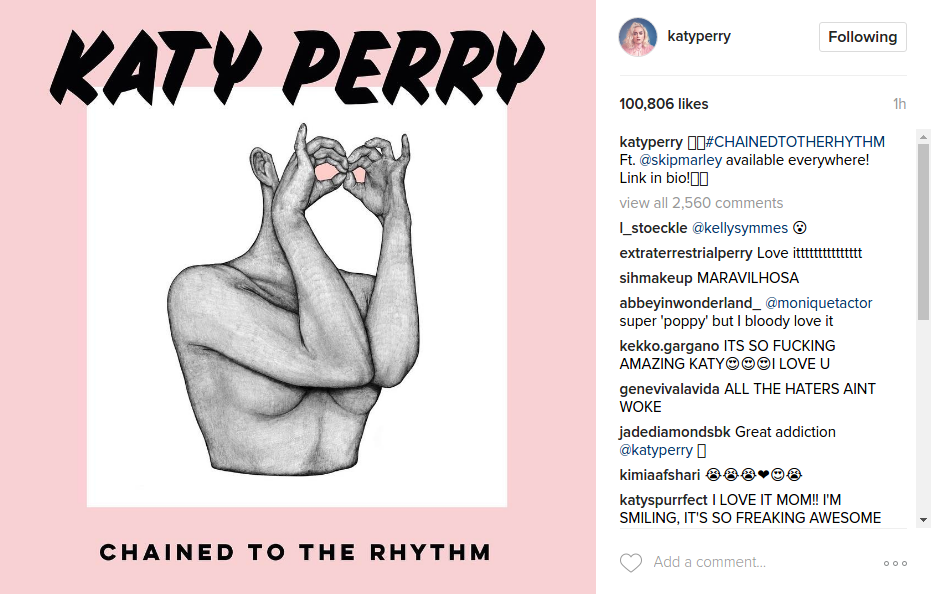 Earlier this week, it was revealed that Perry will be performing at the Grammy Awards, along with The Weeknd, Daft Punk, Carrie Underwood, Chance the Rapper, Beyoncé, Adele, and many more. While Perry’s song choice hasn’t been revealed, we can’t help but anticipate her live performance.

In other news, Perry is working on her fifth studio album, which will be a follow-up to 2013’s, Prism. She told Ryan Seacrest during an interview on his radio show, On Air with Ryan Seacrest that she’s taking her time on her currently untitled album. There’s no release date announced for her new album, and it’s not known whether “Chained to the Rhythm” is part of it, or a standalone single.

Don’t miss Katy Perry’s performance at the 59th Annual Grammy Awards on Sunday, February 12 at 8:00 p.m. EST on CBS. Meanwhile, check out the official lyric video for “Chained to the Rhythm” featuring Skip Marley, below.