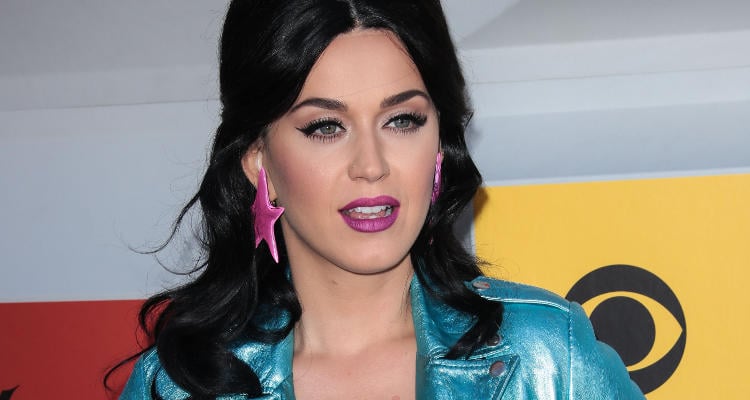 The jury is still as to whether or not Katy Perry was telling the truth when she dropped her break through song “I Kissed A Girl” back in 2008. However, there are no doubts that, since then, Perry has been earning millions of dollars like there is no tomorrow.

The question that begs to be asked is, “How rich is Katy Perry?” Well, this pop sensation has amassed $350.0 million so far.

This is an astounding achievement considering she has done it in only eight years. She accomplished all this while competing with arch rival Taylor Swift, whom Perry has reportedly been having a war of words with. She is just 31 years old and her career has never been better. In the last two years alone, she has performed more than 124 concerts in more than 27 countries. She is now America’s biggest pop export earning more than that of Taylor Swift, Rihanna, and Miley Cyrus combined.

Born Katheryn Elizabeth Hudson, she took on the stage name Katy Perry when she decided to pursue a professional singing career. Perry started singing in church as a child where she learned and honed her skills. When she became a teenager she took to gospel and landed a recording contract. She even released an album titled Katy Hudson which unfortunately did not create any ripples. That’s when she made the big decision to sing pop music instead of gospel. It was a decision that changed her  life and made her the spectacular success that she is today. Her first successful single, “I Kissed A Girl” was very controversial because of it’s homosexual theme. The controversy only fueled the sales of the single and the music industry took notice. She followed up with another hit single called “Hot n Cold,” for which she created a comedic video for. It was her third album Teenage Dream that climbed the charts and became one of the top selling records of 2010. It spawned one hit single after another like “California Gurls,” “Last Friday Night,” “E.T.,” “Firework,” and “Teenage Dream.” This has made her the first female artist to top the Billboard Hot 100 charts five times. Only Michael Jackson has done better.

Her songs appeal to her teenage fans who love her bad girl image. The good girls loved Taylor Swift, while the dirty ones loved Miley Cyrus. That left out a huge number of listeners who adore Perry. They love her because she sings about matters close to the heart. Her fourth album Prism was more mature, reflecting her own growth as an artist, and person. Songs like “Roar” and “Dark Horse” are great examples of this and their videos have become hugely popular. Perry sang about self-esteem and self empowerment and that resonated with her fans. Perry also sang about having fun while appearing in colorful, freaky dresses that had the media eating out of  the palm of her hand. Her mix of bright colors and food themes have made her one of the most popular live acts in Western music today. Fans follow her personal sense of style obsessively today, making her the most copied star this side of Lady Gaga.

Things were heating up in her personal life as well after she began a publicized relationship with comedian Russell Brand. The couple got married in 2011, but broke up after only 14 months. She then started dating serial Lothario, singer John Mayer. The year 2016 has been a fantastic year for Perry. She reportedly earned more than $125.0 million from album sales, concert performances and brand endorsements. She is a brand ambassador for H&M, Claire’s, and CoverGirl. As of lately, she has made appearances in movies like her cameo in the Zoolander sequel released in 2015. Perry’s salary is in the stratosphere with her Prismatic World Tour expected to gross more than $204.0 million this year.

Despite Russell Brand’s rants against her, Perry is deeply involved with philanthropy. She was appointed as a UNICEF Goodwill Ambassador in 2013, after which she has made helping young children a priority. She is working to provide education and nutrition for children all over the world. She has started several shelter projects for teenage children and she has raised money for the fight against killer diseases like cancer and AIDS. Perry uses her popularity as a singer to put attention on problems like illiteracy and hunger. She is also a committed gay rights activist. Perry may have started out as the ultimate party girl, but over the years she has become more subdued and serious. It’s not surprising since one of her biggest music influences is Canadian born Alanis Morissette, whose dark, mature lyrics influenced her most when she was growing up. Her fans are waiting with bated breath for her next album to be released so that they can hear what the bad girl gone good comes up with next.