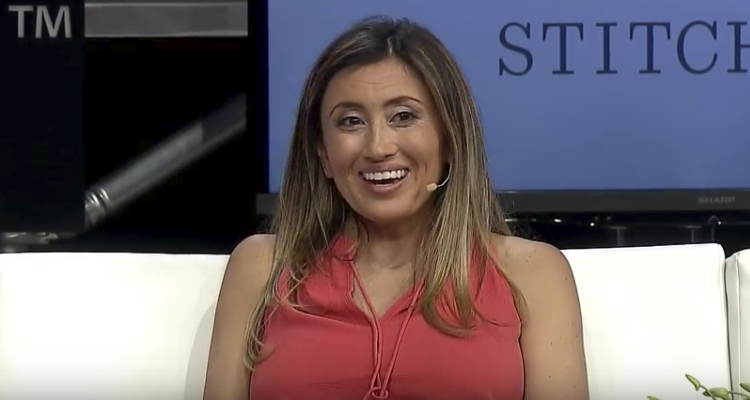 Stitch Fix CEO Katrina Lake is on top of the tech world right now, and now everyone wants to know more about the successful entrepreneur. With our Katrina Lake wiki, you can learn about her thriving business, her family, and her own battle with sexual harassment in the work force. We’ve got the scoop!

Who is Katrina Lake?

Katrina Lake’s age is 34 and in 2011, she founded Stitch Fix, an online retail and style service. It’s where women pay to have regular shipments of clothes delivered to them, after each client fills out a questionnaire about their style. Kind of like having your own personal stylist at your fingertips! The company’s algorithm chooses five items of clothing and accessories to be delivered, usually on a monthly or bi-monthly basis. Lake was born in San Francisco, California and received her degree in economics from Stanford University. She also lived in Boston for a time and graduated from Harvard Business School with a Master’s degree.

She’s of American and Japanese descent and was studying to become a doctor; that is until she decided to switch over to business.

According to Lake’s Instagram, she married John Clifford (who also has an account) in December 2014. They share a 10-month-old son and she’s always posting pictures of her family and friends. In an interview with Entrepreneur, Lake talked about spending time with her son and juggling work. (And as most moms can attest, many are wondering how this boss lady does it!)

“One of the things that has been an adjustment being a new mom is that the morning is some of the most valuable time I have with my son. It used to be that I would check email and Instagram first thing in bed, and now as soon as he’s up, I’m up. I’ve really appreciated the clarity and being able to start the day in a more organic way with my son.”

With 2017 shaping up to be the ‘year of sexual misconduct,’ Lake revealed that she was once coerced to be silenced over Lightspeed Venture Capital’s Justin Caldbeck’s sexual harassment.

“Female entrepreneurs are a critical part of the fabric of Silicon Valley,” said Lake in a statement. “It’s important to expose the type of behavior that’s been reported in the last few weeks, so the community can recognize and address these problems. I’m encouraged by the discussions that have been taking place and I intend to play a part in making positive changes in our industry.”

Her Worst Boss Taught Her Something Special

In life, sometimes bad teachers give good lessons and that’s happened when Lake’s “worst” boss inadvertently taught her how to be a better one.

“The main lesson for me was around communication,” Lake told Entrepreneur. “I was in this job and I loved the people and the work, but I was working a lot of hours and was stressed. And I just quit.”

She added, “I look back on it now as an employer, and I can’t believe I didn’t share that with my concerns with my manager and didn’t share how I was feeling before taking the most dramatic action. At Stitch Fix, we encourage our managers to work closely with people and understand how they’re feeling about their development and their work.”

Lake’s net worth was listed as $120.0 million by Forbes in 2016 and now Katrina Lake’s Stitch Fix (an idea that started out of her apartment while at Harvard) is worth close to a whopping $1.0 billion! Not bad for a lady, who once thought being a doctor was in the cards! (Clearly, she made the right decision and took the right path!)