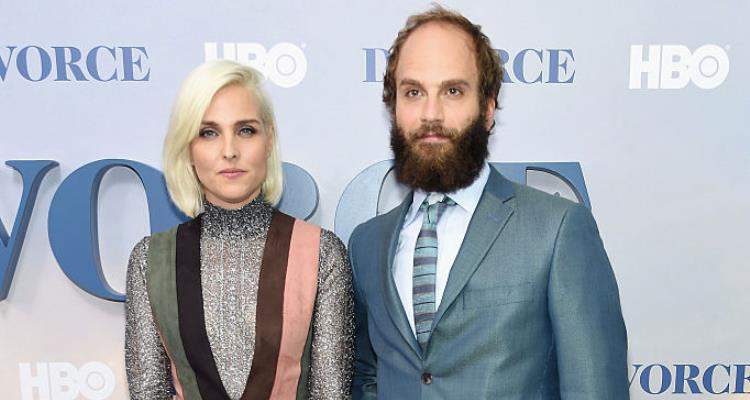 What do we really know about Ben Sinclair’s wife? With HBO’s High Maintenance airing it’s second season this Friday, fans of the web-series-turned-cable show want to know more. Get up close and personal with our Katja Blichfeld wiki, before the show’s season 2 premiere!

Who is Katja Blichfeld?

Katja Blichfeld, age 39, was born in Long Beach, California to Danish parents. She grew up attending Evangelical Christian schools and wasn’t allowed to watch shows like The Smurfs, due to the sorcery involved. She took a few semesters at Long Beach City College but dropped out and moved to Chicago. She later met and dated someone on “Friendster” and followed him to New York City, where she became a casting director and worked on 30 Rock.

Ben Sinclair, age 33, and Katja Blichfeld, met in Los Angeles at a party (she was 30 and he was a day shy of 25), when Sinclair was a struggling actor. They got married in 2010 and created their web series, High Maintenance, which was picked up by HBO. Unfortunately, Katja revealed that she was a lesbian and they got divorced. It was the same time Donald Trump won the election and became president, a day no one will ever forget, especially them.

“If we were not contractually obligated for Season 2, I do wonder what our creative or personal life would be,” Blichfeld told The New York Times. “I’m sort of impressed that we were able to work together this year.”

Feelings on Coming Out

Sinclair moved out of the former couple’s  New York City apartment and Blichfeld had her girlfriend, Adele, move in. Adele is a writer and they actually met while Blichfeld was on a date with someone else; Adele was their server. Blichfeld’s parents were supportive of her when she told them and she also got candid about who she is.

“I’ve had a lot of lives, it’s true,” she told Time Out. “But this current iteration of my life, I feel like there’s a lot less to lose and I feel like—probably since coming out and the election—I do feel more personally empowered to interact with strangers and make connections with people that I may not have previously made connections with, just because I have this urgency about life now. Time is passing and I don’t wanna have regrets.[sic]”

Since the show does revolve around “The Guy” dealing weed, the topic of marijuana does come up often. Blichfeld opened up about weed being legalized and how positive it would be.

“I think it would only be positive if it happened, just to have the decriminalization aspect. It’s just ridiculous that it’s even a thing.”

In fact, her ex-husband was just discussing a similar topic during his recent appearance on Stephen Colbert. As Sinclair plays a weed dealer in the show, Colbert asked him if there’s anyone he would love to deliver weed to in real life. Sinclair’s response? President Donald Trump! He explained it might help his “chill out” a bit, to which the audience cheered and laughed. He laughed adding, “I would love to just sit down with him, and be like, ‘Have some of this’…and just…’What’s the matter? Why are you acting like this?'” Check out the clip below!

If you want to take a closer look at the platinum blonde with eight tattoos, then social media is the place to be. She often posts about her personal life, her TV series, and like most people, anything that interests her or holds a lot of meaning.

Beyond honored to be featured in this month's @thecut – an outlet that has all my respect and admiration. Got 2 gush for a minute: Huuuge thank you to Emily Gould (@emilybooks) for her generous and beautifully-worded piece; @liaclay for her photos and demonstrating the most awe-inspiring chill and self-possession I've ever come across on a shoot; @rebeccarams for putting me in fashions that had me thrillin; @uhmmwhat + @yuuivision for dolling me up; @tuna.bird for their artistic skillz; @bielparklee for their vision and most of all, the incredible, awe-inspiring, all-seeing kween of freakebana herself @stellabugbee. I'm still in disbelief this happened. ?Link in bio.

For Blichfeld, November 9, 2016 was a dark day and the election gets addressed in the second season’s first episode.

“[The election] caused a lot of people to question their belief system, their value system and their way of life,” she told Time Out. “It just felt impossible to ignore. I remember how Sex and the City never addressed September 11. [On November 9] there was a sense of connectivity among strangers. I realize there are people who felt differently about those results in this city, but in our little Brooklyn bubble it felt like a real tragedy.”

HBO marketing got cute on us. One more month til we birth dis baby called High Maintenance Season 2. ????❤️