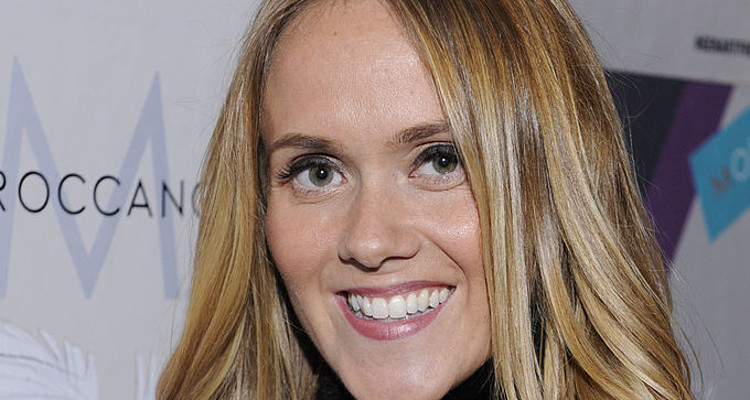 New information released by the coroner confirms that model, Katie May died of a massive stroke that she suffered when her chiropractor adjusted her neck. Her tragic death has left her family and her fans in shock. Though May died on February 4, 2016, it is only now that her cause of death has been finalized. May leaves behind a 7-year old daughter.

Though model, Katie May died on February 4, 2016, she is back in the news because of some new information that has been released about the cause of her death. May was an American model and businesswoman. Nicknamed “The Queen of Snapchat,” she was a social media star and ambassador before she passed away at the age of 34, due to a stroke. According to the information released by the Los Angeles County Coroner on October 19, 2016, Katie May’s death was caused by an injury sustained during a neck manipulation by her chiropractor. For all the information on what exactly happened, and what the coroners report has now revealed, we are bringing you our Katie May wiki.

Confusion Over Cause of Death Cleared

According to the latest medical report, May visited a chiropractor for an adjustment in her neck and this process caused a tear in her left vertebral artery. This tear blocked the flow of blood to May’s brain, which is what caused the stroke. Earlier, it was believed that a block in her carotid artery sustained in a fall during a photo shoot might have been the cause of the fatal stroke. Now, the confusion over what exactly caused May’s death has been cleared.

May was born in Pittsburgh, Pennsylvania to her parents, Janet and Joseph May, both of whom are teachers. May was the youngest of four children. She had often described her upbringing as, “very traditional working American.” May said that there was a real emphasis on her education, particularly the arts and history. After finishing her high school education, May enrolled into Ohio University from 1999 to 2003. She earned a B.S in retail merchandising.

Working on Her Dreams

May had dreams that made leaving Pittsburgh inevitable. She moved to Los Angeles and worked in public relations in Dolce & Gabbana before starting her own business. Along with her boyfriend, May launched the high-end denim line SINR Denim. She later started her company named May-Levy PR & Marketing. In 2014, a photo shoot featuring May caught the attention of online magazine Arsenic. Shoots undertook after this went viral and May gained tremendous popularity.

In less than two years, May had nearly 2 million followers on Instagram and was dubbed “The Queen of Snapchat.” She was just 34 years old. She also modeled for publications such as Sports Illustrated, GQ, and Playboy. She also became a model for the sports betting company, JetBet.

Things were happening in May’s personal life, as well. May became a single mother and took total responsibility for raising her daughter. She worked hard and gave her daughter the best of everything, especially a good education. Things were going fine in her life until disaster struck.

On January 29, 2016, May tweeted that she had pinched a nerve in her neck during a photo shoot. When she went to her chiropractor and got her neck adjusted, she started feeling numb in her hand and felt dizzy. May went to the hospital for a checkup, and it was found that she had suffered a massive stroke. She lost consciousness and never regained it. On February 4, 2016, her life support was withdrawn, and she was declared dead. The coroner’s report confirmed that the cause of death was a stroke that was the result of a torn left vertebral artery. The newest reports state that this happened when her neck was adjusted by the chiropractor.

The tear caused a blockage in her artery, triggering a stroke that stopped the blood flow to her brain and deprived her of oxygen. It proved fatal, and May never regained consciousness. She left behind a 7-year-old daughter named Mia. It was sad that such a promising life was cut short in it’s prime. Her family and friends were devastated, as were her many fans. A young woman, gone too soon.