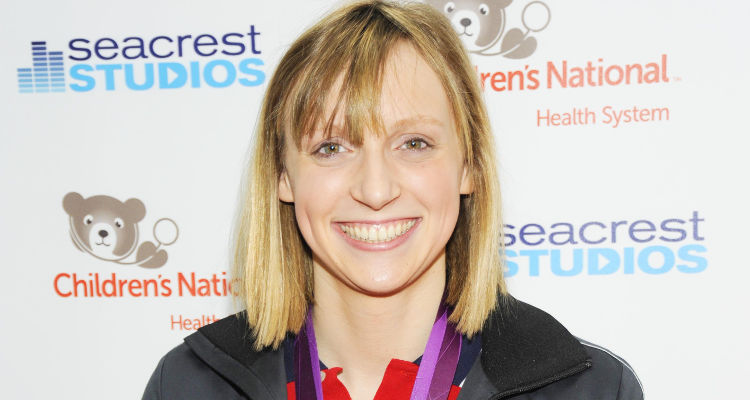 Katie Ledecky broke her own world record of 400 meters on Sunday night. If you are wondering about swimming champion Katie Ledecky’s age, then let us tell you she is just 19 years old and already a versatile swimmer. If you want to learn more information from Katie Ledecky’s wiki, like her college, height, and about Katie Ledecky in Rio 2016 then you need to keep on reading.

Born Kathleen Genevieve Ledecky on March 17, 1997, in Washington D.C., her parents are David Ledecky and Mary Gen Hagan. She started swimming at the age of six because of her older brother Michael. Katie lives in Bethesda, Maryland, and she went to Little Flower School. As mentioned earlier, she has been into swimming, since childhood, and while in high school, she set a couple of records. The 5 ft. 11 inch swimming champion is also involved with a couple of charities.

Katie won her first Olympic medal when she was 15 years old. She was the youngest team member to represent the U.S.A. at the 2012 London Games. As mentioned earlier, she started swimming because of her older brother Michael. In one of the interviews, she said, “We loved our first summer of swimming, and we decided to join a year-round swim team. And I swam with my brother throughout that and always followed him to the pool and wanted to be in the same group as him in everything. I just always enjoyed swimming with him and I think that’s how I really found my love of the sport. I think if I didn’t have my brother swimming with me, I don’t know if I would have loved it as much as I did and still do.” There is no stopping for Katie, because she is now participating in the Rio Olympics 2016.

The smile says it all. I love this sport and the many people I’ve met along the way. Excited to be heading to Rio with @usaswimming @teamusa! Thanks to everyone for the support and cheers this week and over the past few years. Ready to rep the best country in the world! Go USA! PC: @mike2swim

Katie is also the owner of three world records.

400 Meter Freestyle: She broke the record at the 2014 Pan Pacific Championships.

Excited to have signed the papers – officially a member of #NerdNation! Thanks to my family, my friends, my teachers, and my coaches for the support. Looking forward to the academic and athletic opportunities ahead at Stanford University. Go Card!

She completed high school at Stone Ridge School of the Sacred Heart in 2015. Although she took admission in Stanford University, she dropped out to concentrate on the 2016 Rio Olympics. She said, “After careful consideration and joint discussion with both my current club coach, Bruce Gemmell of Nation’s Capital Swim Club, and Stanford coach Greg Meehan, I have decided to defer my enrollment at Stanford for one year so that I may continue my training in my home environment in Maryland leading up to the 2016 U.S. Olympic Trials. I greatly appreciate the understanding, support, and guidance I received from both Coach Gemmell and Coach Meehan in helping me to reach this decision. I am thrilled and excited to be admitted to Stanford, and I very much look forward to my enrollment there as a student in the fall of 2016 and swimming in NCAA competition as a member of Coach Meehan’s Stanford team.”