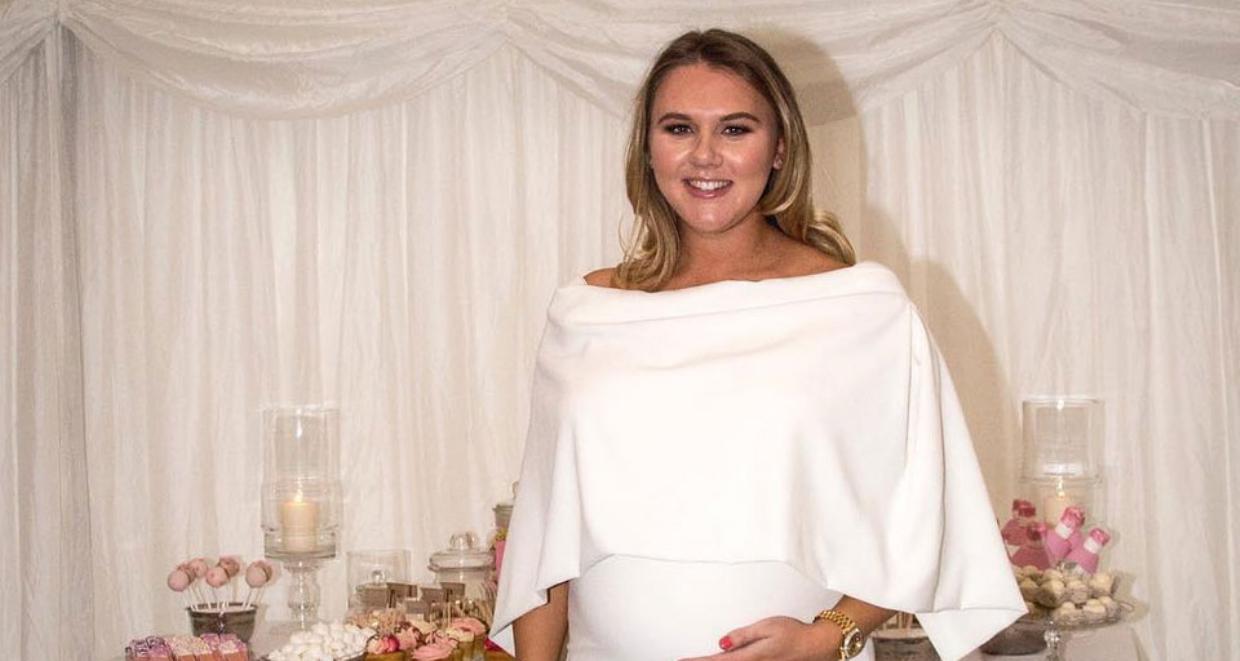 Katie Goodland is the less famous half of the British footballer Harry Kane and is also officially his fiancée. The couple has been together ever since they became high school sweethearts, and now have a baby girl named Ivy Jane Kane. Goodland is expecting their second child now and works as a fitness professional.

While there is a lot of media attention on Harry Kane, little is known about the footballer’s fiancée, Katie Goodland. Harry Kane is an English professional footballer who plays as a striker for the Tottenham Hotspurs and is the captain of the English national team. Goodland is Kane’s childhood sweetheart and the mother of their baby girl.

Goodland works as a fitness instructor and has been dating Kane for the last six years, although she’s known him for much longer. Since the spotlight is always on Kane and his professional and personal life, people are curious to know more about his fiancée, Katie Goodland.

Here are a few details from Katie Goodland’s wiki.

How Old Is Harry Kane’s Fiancée? 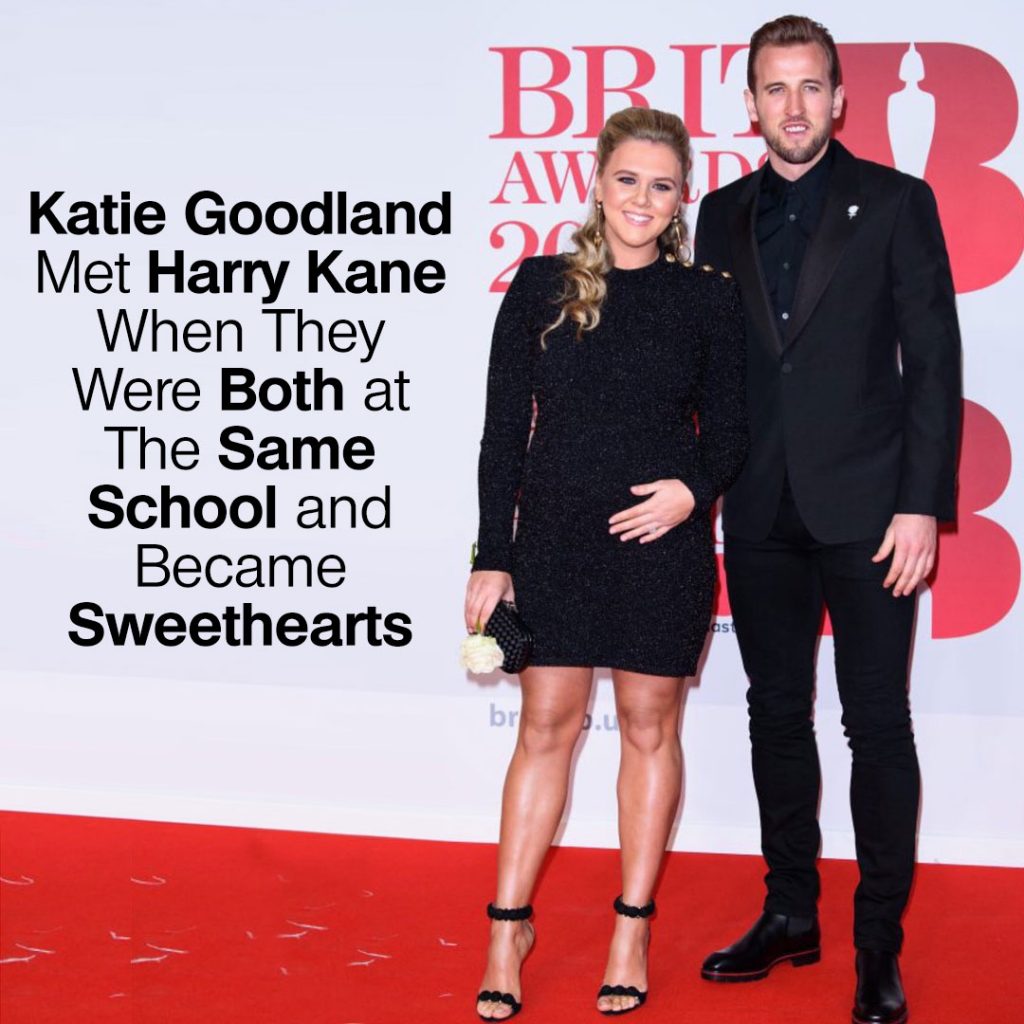 Goodland met Kane when they were both studying at Chingford Foundation School and became sweethearts after spending time with each other. She went on to study sports science in college, while Kane pursued his passion for playing football.

Goodland Had a Problem with Fame

Goodland started dating Kane in 2011. They soon realized that being with one other was the most important thing in their life and the two have been practically inseparable since then.

She experienced the troubles of fame when Kane became popular, and she found the whole situation a bit too chaotic for her.

Kane once told Esquire magazine, “We went to school together, so she’s seen my whole career. Of course, she’s finding it a little crazy. I think she’s even been in the papers a couple of times taking the dogs out.” 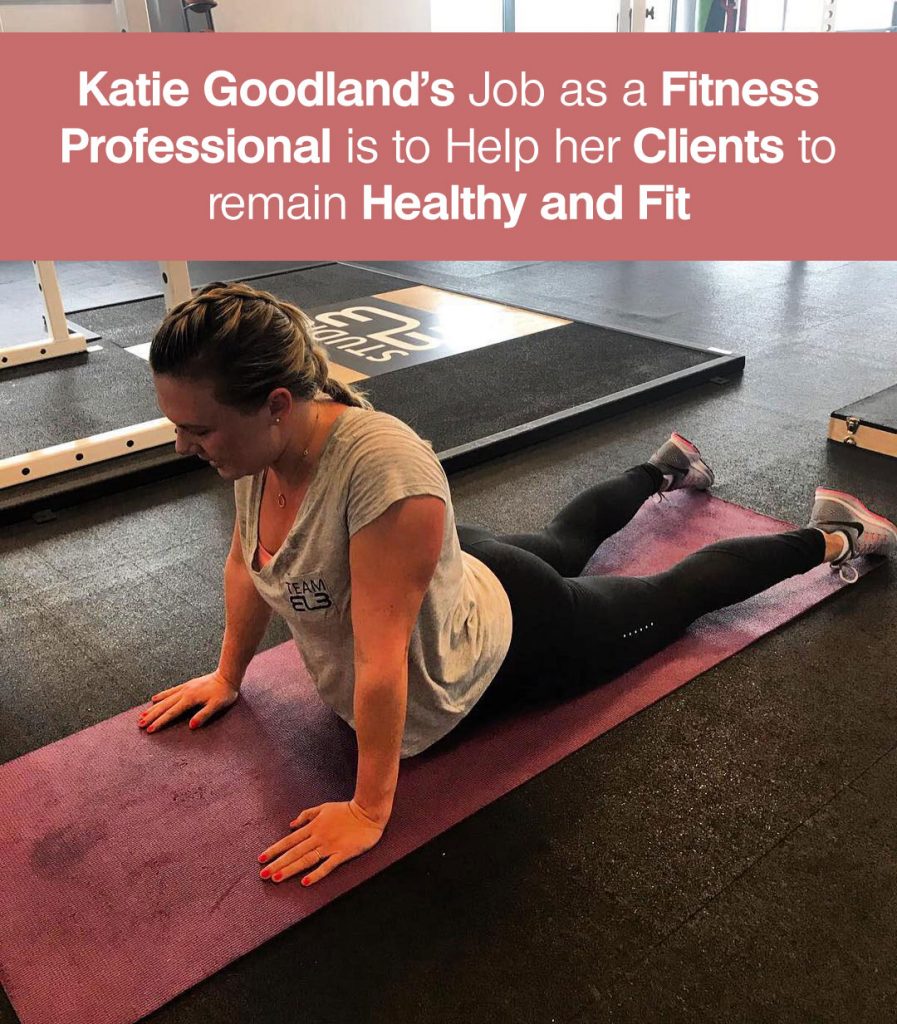 Katie Goodland’s job as a fitness professional is to help her clients to remain healthy and fit by following her directions.

What gives them the greatest joy in their life is their daughter, Ivy Jane Kane, who was born on January 8, 2017. Later that year in July, Goodland and Kane got engaged putting an official seal on their long-held relationship. The proposal swept Goodland off her feet!

Kane Proposed in the Bahamas

Goodland and Kane were holidaying in the Bahamas in July 2017 when the British striker got down on one knee on the beach to ask the all-important question to Goodland.

She said, “Yes,” and Kane shared his good news with the whole world by posting a message on his Twitter account with the caption, “She said yes!” 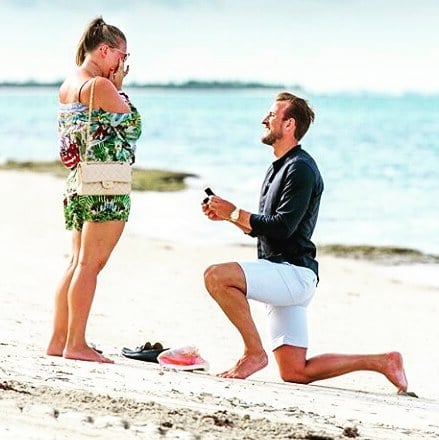 When their daughter Ivy Jane Kane was born, the couple informed all their fans and well-wishers of their baby’s arrival with a delicate social media post.

Goodland and Kane both kissed the baby in the snap, which had the caption, “Our beautiful baby girl Ivy.”

She gave details of Ivy’s birth and her labor experience on her Instagram account and revealed that she had a water birth.

Goodland wrote, “Our beautiful hypnobirthed [sic] baby girl Ivy. Being a first-time mum, I was very scared about labor and was recommended to try hypnobirthing [sic]. We had an amazing water birth with no pain relief or gas, and air and Harry was an incredible birthing partner.”

Make Way for the Second Baby

Goodland and Kane are now expecting their second child to be born this year. Kane put a cute picture of Ivy on Twitter and confirmed that Ivy was soon going to become a big sister.

He tweeted, “Our beautiful Ivy is going to be a big sister! Exciting times ahead.” 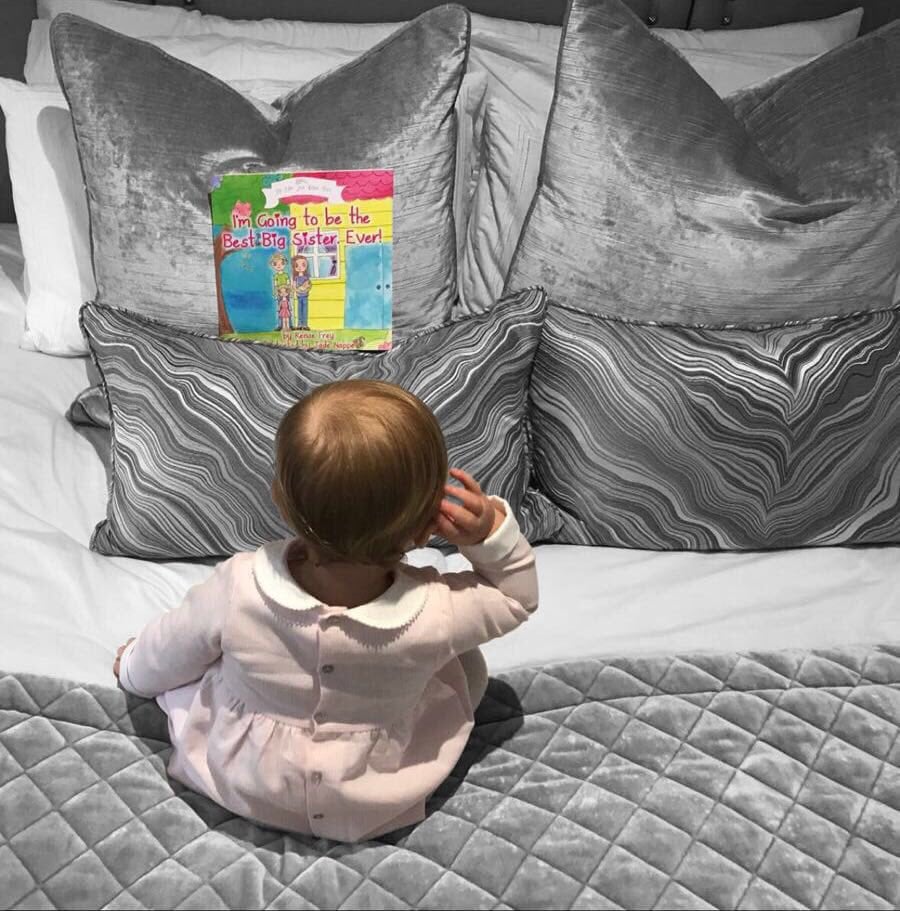 People who want to check out some memorable events in Goodland’s life should head over to her Instagram account.

Katie Goodland’s Instagram account is full of pictures of her and Kane on the beach, with their daughter Ivy in soccer stadiums, and of good times with her friends. There are also posts of when Kane proposed to Goodland in the Bahamas, and Goodland with a baby bump.

Now that they are having another baby coming later this year, the couple is beside themselves with anticipation and joy.

While Kane continues to show his pyrotechnics on the football field, Goodland handles the home front and Ivy with poise and ease. She is looking forward to the birth of her second child and is probably busy making plans for her beautiful wedding day!

The love that Katie Goodland felt for Harry Kane way back in school still endures and is growing by the day.