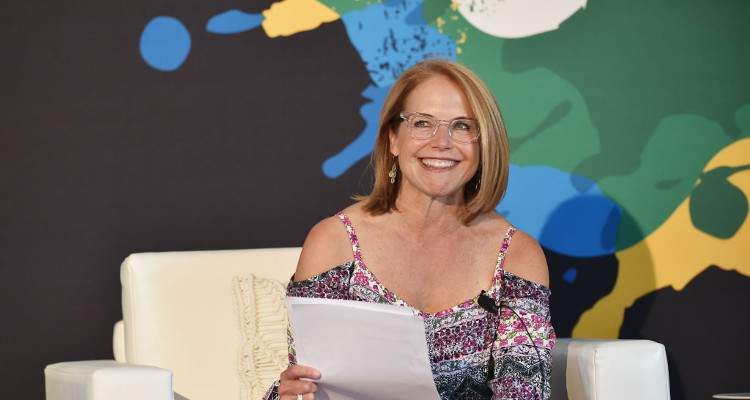 Even though action against former Today show host Matt Lauer was taken, complaints about his sexually inappropriate behavior were made before. Former Today host Katie Couric said in a 2012 interview that Lauer pinching her butt was his most “annoying habit.” After the co-host’s recent dismissal, Couric’s interview is now coming to light.

Matt Lauer, a co-host on NBC’s Today show, was fired by the network on Wednesday, November 29, 2017, after an employee filed a complaint about “inappropriate sexual behavior in the workplace.” NBC Chairman Andrew Lack revealed that Lauer was terminated after complaints of the co-host engaging in inappropriate sexual behavior with another employee came to light. In a surprisingly fast move, it was later disclosed that the incident began during the 2014 Winter Olympics. His behavior does not seem to be an isolated incident as former Today host Katie Couric spoke about her own uncomfortable moments with Lauer in an interview five years ago.

In June 2012, Couric was being interviewed by Andy Cohen on his show’s Watch What Happens Live “Plead the Fifth” segment. When asked about Lauer’s “most annoying habit,” Couric replied, “He pinches me on the ass a lot.” This is now being brought to light as possibly the first allegation of Matt Lauer’s sexual harassment. On November 29, Variety revealed that, after a two-month investigation, three women chose to anonymously come forward with accusations against the former co-host.

Also Read:  Is Matt Lauer Gay? Who Did the “Today” Host Allegedly Harass?

It’s #worldpancreaticcancerday. Today I’m remembering my sister Emily who died of this disease in 2001 and the wife of a friend of mine who lost her battle last night. Join me in supporting @su2c collaborator @lustgarten_foundation by wearing purple today #WPCD ?

The story also made allegations of NBC News protecting Lauer despite complaints against him. They reported several women saying that “they complained to executives at the network about Lauer’s behavior, which fell on deaf ears given the lucrative advertising surrounding Today.” In this light, it seems Katie Couric’s quip about Lauer “pinching her ass” is being dug back up and analyzed. It seemed like nothing when he did it, but now many are wondering if this was part of a pattern of behavior that was kept in the dark until now.

As for Lauer, he has yet to comment on the claims.