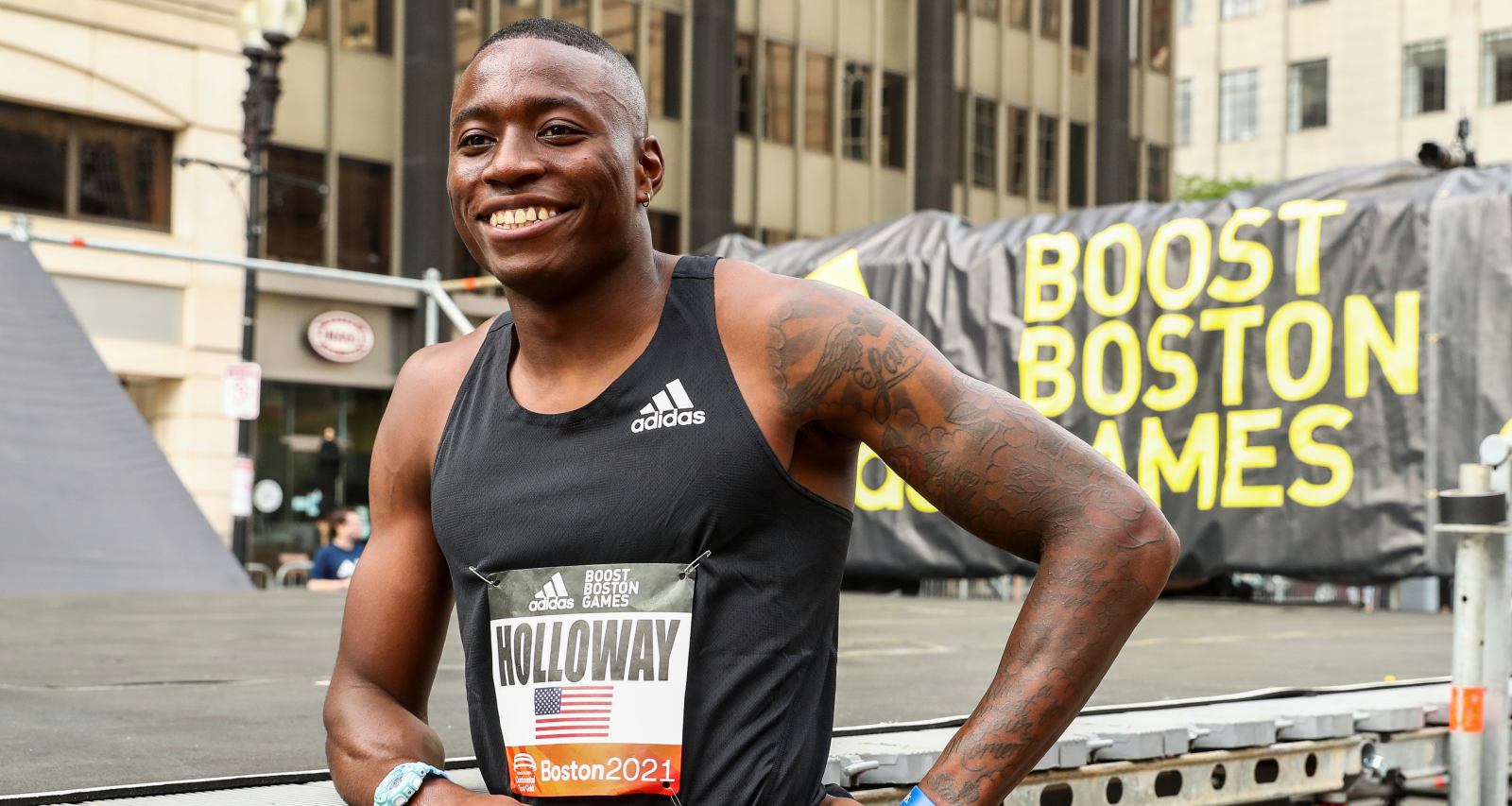 All eyes are on Team USA hurdler Grant Holloway at the Tokyo Olympics. But the attention is also on his personal life. Social media users want to know who Holloway is dating. It takes only a glimpse at his Instagram to find his girlfriend, Katie Chronister. He’s occasionally spoken about her, and they feature on each other’s profiles. And she’s extremely proud of his Olympic run. For those who are eager to know more about this cute couple, we have all the details on Grant Holloway’s girlfriend in this Katie Chronister wiki.

Katie Chronister was born on February 22, 1998, and hails from Gainesville, Florida. She is one of two children born to Chris and Kim Chronister.

Katie has a twin, Jac Chronister, and through their respective social media posts, we learn that Jac was assigned female at birth but prefers gender-neutral pronouns. Jac is a boxer and a recent West Point graduate. They married Katie Brophy in June 2021.

Katie and Jac’s father Chris is a laboratory manager at the University of Florida. Their mother Kim is a local occupational therapist. She also helps train service dogs.

The Chronister family is incredibly supportive of Jac and the LGBTQ+ community. Katie is a vocal ally on social media and lauds her twin as an inspiration.

Katie Chronister has balanced academics with sports for most of her life. At Gainesville High School, she was student body secretary, junior class president, and a standout softball player.

After committing to the University of Florida, she made her Gators debut in 2017 during her freshman year. She also made the SEC Academic Honor Roll four years in a row.

Chronister earned her bachelor’s degree in health and human performance in 2020. She is currently pursuing a master’s degree in sports management.

The pandemic suspended the season for most sports, including collegiate ones. But now that they are resuming, UF is letting their student-athletes like Chronister, who missed last season, have an extra year. And Holloway is excited to attend one of her games.

Virginia native Grant Holloway enrolled in the University of Florida at the same time as Chronister. They became an exclusive couple soon after on August 2, 2017.

Chronister graduated a year ahead of Holloway. When asked about her in an interview, Holloway couldn’t help but beam like a proud boyfriend.

“Well, she’s just absolutely just a bomb. She’s just the bomb. She’s just super-smart. One of the things where she’s just very happy with everything going on, you know. We’re the same age, but she’s just—the classes that she’s taken, the way that she’s carrying herself, the way, just everything. And she just flies through and now she’s able to graduate a year early.”