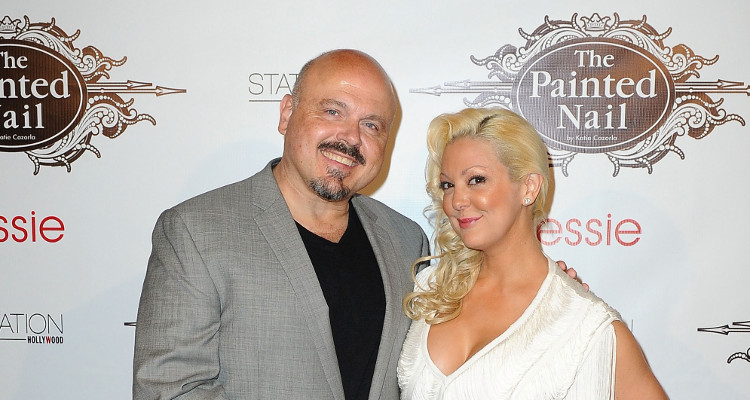 The self-made Katie Cazorla stars on E!’s Second Wives Club. She is engaged to high-profile music producer, Walter Afanasieff and is as an intelligent, no-nonsense businesswoman, who took her nail salon to new heights! With the right strategies and smart moves, Cazorla has transformed herself into a successful entrepreneur. She joined the Second Wives Club cast along with her fiancé, Walter Afanasieff. For more details about the businesswoman, read our Katie Cazorla wiki.

Katie Cazorla was born in Elmira, New York, and her determination to make it big inspired her move to Los Angeles. With her creative mind and an entrepreneurial spirit, Katie Cazorla established a highly successful nail salon.

She went to a cosmetic nail school and opened The Painted Nail in Sherman Oaks, Los Angeles in 2009. Located outside of the W Hotel, the swanky nail salon quickly became popular. One reason could be because Cazorla’s clients can enjoy a glass of wine while getting their nails done!

Eventually, Katie Cazorla broadened her horizons as an entrepreneur and went on to launch her own line of nail products.

Bwahaha!! Accurate! ? Thank you @drjohnsonlee for this meme. ❤️️? #tacosaremydiamonds Who would come to my bachelorette blowout at @tacobell cantina in Vegas?! They have Hot Sauce packet bikinis!! ? OMG #livemas my friends!! #tacos #ido #youhadmeatextrasourcream

She Had to Live out of Her Car

When Katie Cazorla was settling down with her new life in LA, she had to live out of her car! Before establishing herself in a new city, Cazorla faced hardships with grit and determination, and proudly wears them as badges now.

The successful businesswoman hasn’t transformed in a hoity-toity socialite. After dining at the classiest restaurants, Cazorla still loves heading to Taco Bell. On one episode of Second Wives Club, she took Veronika Obeng to lunch at a Taco Bell drive-thru, where Obeng’s Rolls Royce ended up getting stuck!

That being said, Cazorla is opening a new café called Hi SocieTEA. She describes the restaurant as a mini tea bar, that serves artisan sandwiches and loose leaf teas. In one another episode of Second Wives Club, fans witnessed a hysterical Cazorla dealing with a major setback while trying to open her café, after discovering the kitchen had leaking water pipes. As a result, the café failed its health inspection, and Cazorla had to postpone its grand opening.

Don't forget to Follow & Comment @eentertainment and our show @secondwivesclub !! Feel free to write something nice ❤️️We are all so excited and hope you tune in! ? Thanks so much! Oh and in case you didn't know… I'm the business owner who's short, a little chubbs, loves wine, tacos , rescue pets and laughing my ass off at crazy shit! WEEEEE!!!! ? #realitea #tv #shortlivesmatter

Katie Cazorla has been engaged to Walter Afanasieff, a Russian-American record producer and songwriter, for six years now. The couple have known each other for 11 years yet after such a long courtship, Cazorla hasn’t zeroed in on a wedding date!

“It freaks me out,” Carzola said about the prolonged engagement. “What if I change my mind?”

She later added, “If it’s good, don’t try to fix it. But I promised him and I want him to be happy.” No word on a date yet, but we’ll keep our ear to the ground for updates!