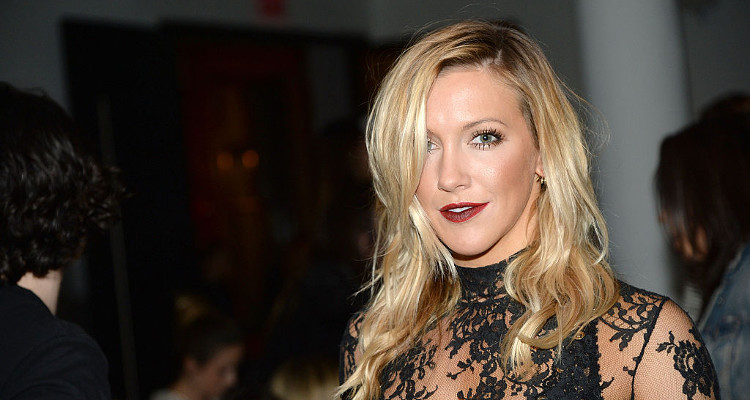 Beyonce aka Mrs Jay-Z gave sound advice, “If you like it, you better put a ring on it”.  And what’s not to like about Katie Cassidy! Katie Cassidy’s boyfriend took Queen Bey’s advice and proposed to her. So now she’s engaged!

Katie Cassidy fans, you need to sit down. The Arrow star has announced her engagement. We can already hear the sounds of a thousand hearts breaking. But we’re still happy for her. Who is Katie Cassidy dating? The actress’ boyfriend, (Oops!) fiance is a guy named Matthew Rodgers. Here’s more about Katie Cassidy’s boyfriend in 2017 who’s now her fiance.

Cassidy debuted among many teen stars of the early 2000s and was close to many celebs of her generation. She also dated a few. Her earliest relationship was with Greg Raposo, a singer who went on to make himself a name in rock music.

Also Read: Rihanna’s Boyfriend in 2017: Who is Rihanna Dating?

After they broke up, she dated teen heartthrob and songwriting extraordinaire, Jesse McCartney from 2005. He was so in love with her, he reportedly wrote songs dedicated to her. His career-launching single, “She’s no you” was inspired by her. But alas, they called it quits after four years of dating

#2. Her Fiancé’s Abs Got Attention

Cassidy didn’t publicize her latest relationship though she wasn’t shy of holding on the PDA. We got our first look at her new boyfriend, Matthew Rodgers in December 2016 when the couple were vacationing together in Miami.

While Cassidy turned up the heat with a bikini that showed off her phenomenal body, her boyfriend matched abs as well. The paparazzi shots showed Rodgers was never far from his lady and always made it into the shots. No one’s complaining because the man has a body to flaunt as well.

The particular hotel in Miami appears to be her favorite romantic haunt. She was spotted in the exact place a year before with her rumored beau, Thomas Taylor. Before Taylor, she was sunbathing there with film producer, Dana Brunetti.

Rodgers isn’t a celebrity unlike many of Cassidy’s previous romances. He frequently cropped up on her Instagram feed leading to dating rumors. After being spotted together at Cassidy’s favorite hotspot, it was a given that these two are a couple.

Rodgers’ Instagram is private though we managed to get a look at it. He’s an animal lover and recently adopted a puppy to give his three dogs another friend. He’s also a sporty kind of guy having played football in school. He got some golfing pictures in there too. And you know a guy loves you when he’s among the scores of fans hoping for Cassidy’s character, Black Canary to return in Arrow.

He proposed to her with a unique ring from Chase Gregory when they were on a trip to Mauritius. David Cassidy’s daughter made the official announcement with another Instagram post captioning “I can’t wait to spend forever with you my darling!! I’m the luckiest girl in the whole world. I ❤️ YOU to the moon and back @mattyice432 Thank you for a magical evening I will forever remember.”

Congratulations to the lovely couple!

I can't wait to spend forever with you my darling!! I'm the luckiest girl in the whole world. I ❤️ YOU to the moon and back @mattyice432 Thank you for a magical evening I will forever remember.