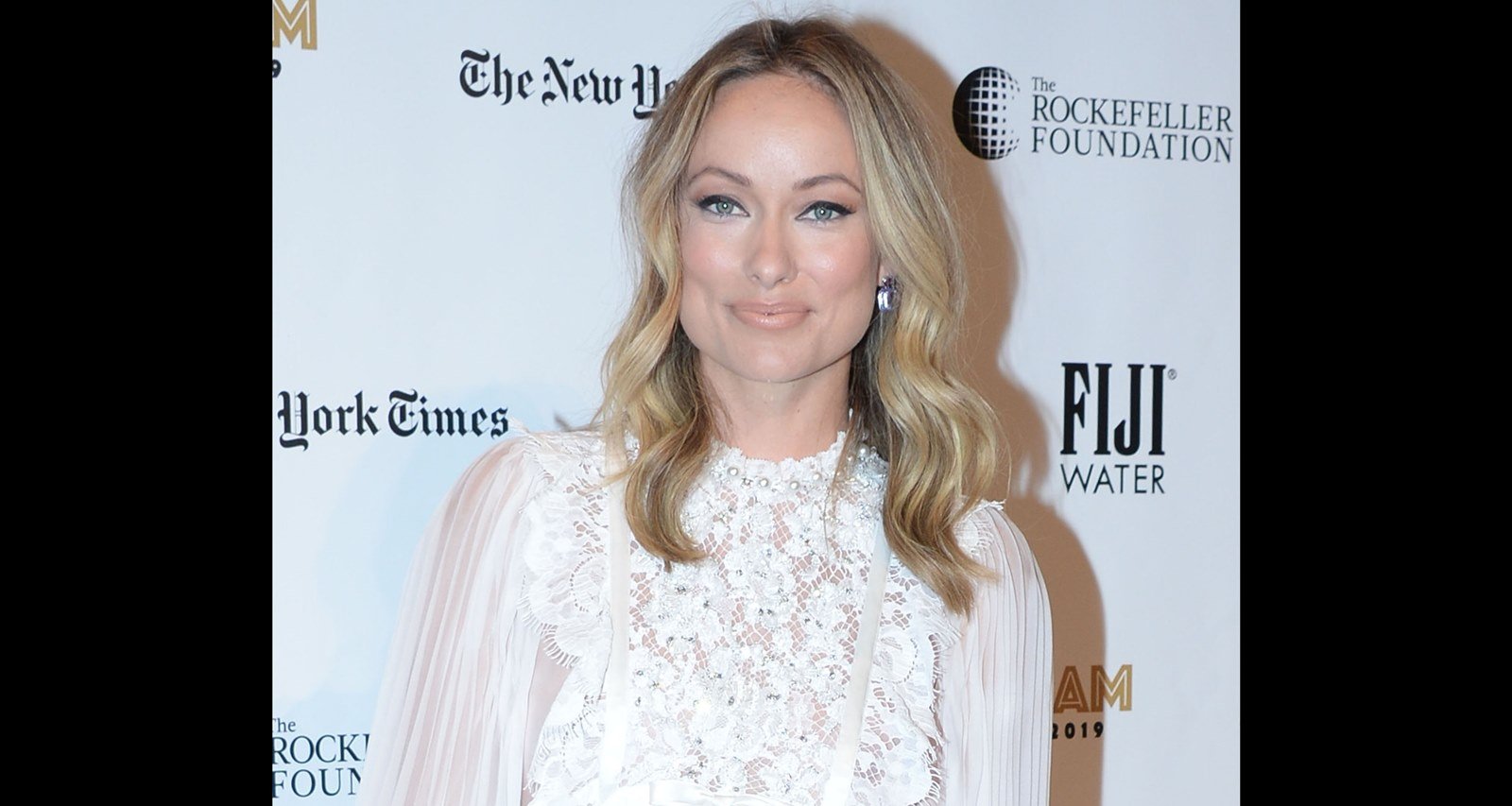 The Clint Eastwood directorial venture Richard Jewell is set to release on December 13, 2019, and it’s already stirring a debate—particularly for its portrayal of journalist Kathy Scruggs by Olivia Wilde. If you recall this bit of history, Richard Jewell is the security guard who saved lives during the 1996 Centennial Olympic Park bombing. But when Atlanta-Journal Constitution reporter Kathy Scruggs disclosed that the FBI had initially investigated Jewell as a suspect, he was vilified until he was cleared of all charges. While the biopic hails Jewell as the hero he is, Scruggs is shown in a poor light, which some journalists are not happy about. Our Kathy Scruggs wiki tells the story of this headstrong reporter who pursued a story against all odds.

Kathy Scruggs Came from a Prominent Family in Georgia

Born Kathleen Bentley Scruggs on September 26, 1958, she and her older brother by 10 years, Lewis Scruggs Jr., were the products of a prominent family in Athens, Georgia. Their father, Lewis “Bubber” Scruggs Sr., was a World War II veteran who co-founded the Athens Insurers Inc. In 1953.

Her father also studied journalism at the University of Georgia. He passed away in 2009, eight years after Kathy died in 2001.

Kathy’s mother, Nancy Bentley Scruggs, was a charitable and social force in Athens before her death in 2015. Kathy, Nancy, and Lewis Sr. are survived by Lewis Jr., who continues his father’s legacy in the insurance business, and his wife and kids.

Scruggs Was a Police Beat Reporter at the AJC

Those who knew Kathy Scruggs, including her friends and family, remember her as a wild child with a rebellious and adventurous streak. She broke away from the family tradition of attending UGA, like her parents and brother, instead enrolling at Queens University (then Queens College) in Charlotte, North Carolina.

After a stint at two newspapers, she came to the Atlanta-Journal Constitution (AJC), where she worked the police beat. Her colleagues can vividly describe her short skirts, gaudy stockings, expletive-laden language, hard-charging personality, and knack for being thorough with her reporting.

A reporter who worked with her spoke about her network of police officers, fearlessness at crime scenes, and tendency to arrive at the scene even before the cops. This former colleague of hers also described her past relationships with a few cops, an editor who allegedly beat her with a telephone, and the prominent writer and AJC columnist Lewis Grizzard.

It was this job and tenacity that landed her at the center of a storm when she was covering the 1996 Centennial Olympic Park bombing.

For the uninitiated, the Centennial Olympic Park bombing on July 27, 1996 was an act of domestic terrorism that could have killed dozens, had it not been for Richard Jewell. He was a security guard working a shift at the public park during the 1996 Summer Olympics in Atlanta.

Jewell discovered a backpack with three pipe bombs on the park grounds, alerted the police, and helped authorities evacuate the grounds before a bomb squad was brought in. The bomb exploded within 13 minutes of evacuation, killing one person and injuring over a hundred people. One cameraman covering the incident died of a heart attack later.

Jewell was initially hailed as a hero for preventing a mass casualty in this domestic terror attack. Then, three days after the bombing, the AJC published a report by Kathy Scruggs and Ron Martz (the Olympic beat reporter then) revealing that the FBI was investigating Jewell as a suspect.

Scruggs and Martz’s report claimed that the FBI was treating him as a possible suspect, searching his home and belongings and putting him under surveillance, based on the “lone bomber” profile. The trial by media that followed took a toll on Jewell’s personal and public life.

However, he was cleared of all suspicions and once again made a hero. Eric Rudolph was found to be the actual Olympic Park bomber. After his exoneration, Jewell sued all the news outlets involved for libel, including the AJC.

Most of the news outlets Jewell sued settled with him and buried the hatchet. But the AJC, at Scruggs’ insistence, refused to settle and fought the lawsuit.

Scruggs’ former colleague said that she was ordered to reveal her sources for the FBI story or face jail time. She refused, protecting her source’s identity, and avoided jail on appeal.

Scruggs stood by her reporting and sources, proclaiming that she hadn’t falsified anything. Litigation naming the AJC was dismissed in 2011 by the Georgia Court of Appeals, stating, “the articles in their entirety were substantially true at the time they were published.”

However, Scruggs didn’t live to see her name being cleared.

Scruggs Died of an Overdose of Pain Meds

The journalist suffered from multiple ailments and depression, worsened by the stress of defending her reporting during the Jewell debacle. In the last year of her life, Scruggs was on medical leave from the publication.

An injury while on the job left her with chronic back pain for the rest of her life. She was prescribed pain-relieving medication for the backache, but she suffered from more complications later in life. They included Crohn’s disease, anxiety, and depression.

Family and friends repeatedly claimed that the stress from the legal action took a toll on her frail health. Ultimately, as her brother said, “Her heart gave away.”

Scruggs was found dead in her Woodstock home on September 2, 2001, days before her 43rd birthday. The cause of death was reported as acute morphine toxicity, but coroners couldn’t determine if the overdose was accidental or intentional.

Jewell died in 2007 of heart failure from complications of diabetes.

Clint Eastwood directs the new Richard Jewell biopic, which has earned rave reviews for its depiction of the Olympic Park bombing. However, it has come under fire for its portrayal of Kathy Scruggs.

Played by Olivia Wilde, Scruggs is shown as a reporter willing to go to any lengths to get a story, including offering sexual favors for information. The scene in question shows Wilde’s Scruggs offering to sleep with the FBI agent played by Jon Hamm for information.

However, there’s no evidence of Scruggs ever making illicit offers to get a story. AJC slammed the film in a piece published on November 26, 2019.

Her former colleagues, friends, and family praise her for being a dedicated reporter who did her job while staying within the legal and ethical boundaries of a journalist. The AJC urged Warner Bros, which is behind the movie, to publish a disclaimer acknowledging that the makers took dramatic license in the portrayal of characters.

Warner Bros and Olivia Wilde have defended the movie. “I did a ton of research, I really embraced her dynamic, multidimensional nuanced personality,” Wilde said, adding that she she “spoke to her colleagues, her friends, I spoke to the authors of the recent book about the event, (The Suspect), I spoke to (screenwriter) Billy Ray, I spoke to (Vanity Fair reporter) Marie Brenner, I spoke to everybody I could to get a sense of who this woman was.”

However, people who were directly aware of the situation, including many of her AJC colleagues, her friends, her brother, and even Ron Martz who covered the story with her, weren’t approached by the filmmakers to get a better picture of Kathy Scruggs.

“I am Kathy Scruggs’ brother and only remaining member of our immediate family. I find it interesting that during Ms. Wilde’s extensive research of Kathy, she did not bother to contact me or any of Kathy’s very close friends,” Lewis Scruggs Jr. said.