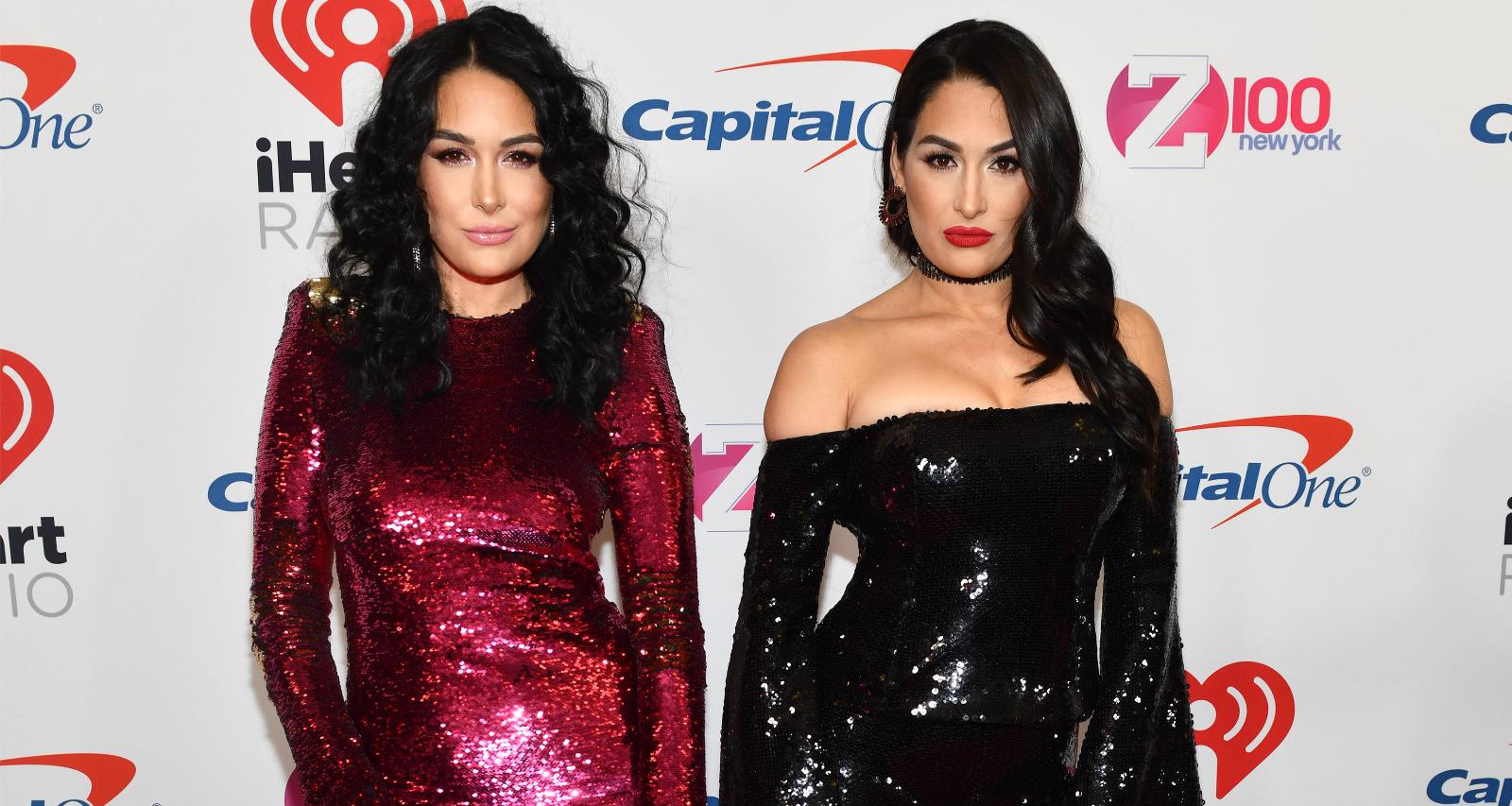 Kathy Colace is a successful entrepreneur who mentors aspiring business people looking to strike out on their own through her company JBN & Associates, LLC. She takes out as much time as she can to spend with her three children and husband, John Laurinaitis. She is the mother of two famous wrestlers, Nikki and Brie Bella, and serves as a board member of several organizations. She is also an outspoken advocate for battling pediatric cancer.

People often ask, “Who is Nikki and Brie Bella’s mother?” It’s the feisty lady Kathy Colace. Even though she is famous for being the mother of the wrestling twins Nikki and Brie Bella, Colace is an accomplished person in her own right. She is a successful businesswoman who runs a company of her own and serves as an inspiration to others wanting to do the same. Here are a few facts from Kathy Colace’s wiki.

How Old Is Kathy Colace?

Born on October 19, 1964, in Los Angeles, California, Kathy Colace’s age is 54. She grew up with four siblings in California, under the nurturing care of her parents. Her father was a businessman who owned a produce company called Colace Bros and worked hard to raise and educate his children.

She Started Working in the 7th Grade

After completing high school, Colace enrolled at the University of San Diego in San Diego, California. Colace was determined to have a formal education, but also she went to work at quite a young age. She was in the seventh grade when she started working for her father’s produce company, where she sorted cantaloupes in El Centro, California.

All this training and learning likely came in very handy when she started her own company called JBN & Associates, LLC in June 1999. Colace decided that her company’s mission was to “strengthen companies and build careers” and she began focusing on developing a team of experienced recruiters who could work for clients on a national scale.

What Does Kathy Colace Do?

Through her company, Colace reinforces and guides new companies to overcome the tough and complicated obstacles in the business world. Colace has a great talent for working with the CEOs of companies to understand their business and culture. From there, she formulates a specific plan through which they can find new hires to reach their organizational goals.

Colace is widely respected for her entrepreneurial skills, and has served as president of the Entrepreneurs’ Organization of Arizona and a board member of organizations like Phoenix Suns Charities, Suns Nite Hoops, and Sojourner Central Advisory Board.

Despite being so busy with her work, Colace has always made sure that her priority is her family. Apart from Nikki and Brie, Colace has another child, a son named JJ Garcia. Hence the name of her company JBN—for JJ, Brie, and Nikki. All three are children from her marriage to her first husband, Jon Garcia.

Colace and the father of her children later got a divorce, reportedly because Garcia cheated on Colace. Colace herself has admitted that she lost her self-esteem when she was married to Garcia. However, fate had something good stored away for her future. She eventually met the man who would go on to become her second husband, a caring and open-minded former wrestler named John Laurinaitis.

Laurinaitis started his wrestling career under the name Johnny Ace in 1986, and after more than a decade of active involvement in the sport, he retired from the ring in 2000. He entered the administrative side of the World Championship Wrestling (WCW) and succeeded Vince Russo as the head booker. He later worked for the WWE when it bought out the WCW.

Who Is Kathy Colace Married To?

Colace decided that Laurinaitis was the right person for her and the couple got engaged in September 2015.

The big day came on March 24, 2016, when Colace married Laurinaitis in a private wedding ceremony attended only by their relatives and close friends.

Does Kathy Colace Have Cancer?

Since Colace has often spoken about how important it is to fight cancer, some people have wondered aloud if she herself has suffered from it. According to sources, Colace has never had cancer, but her sister has had to battle breast cancer.

This could be the reason why Colace is so steadfast in her efforts to raise cancer awareness. When she was asked in an interview about the one thing she would change in the world if she could, Colace replied that she would find a cure for pediatric cancer.

Colace Has a Modest Net Worth

Colace seems to be a person who guards her privacy, because her Instagram account only has a few photos. She can be seen with her family in them, and it’s clear that she is much loved and adored by her husband and children.

Right now, Colace is busy running her company, supporting her husband, and looking out for her children, especially her wrestling daughters, the Bella Twins. With a loving family, a flourishing company, and a not-too-shabby net worth of $2.0 million by her side, Kathy Colace is facing her future with high hopes and few fears.

Also Check: Ten of the Hottest Pics of Nikki Bella on the Internet