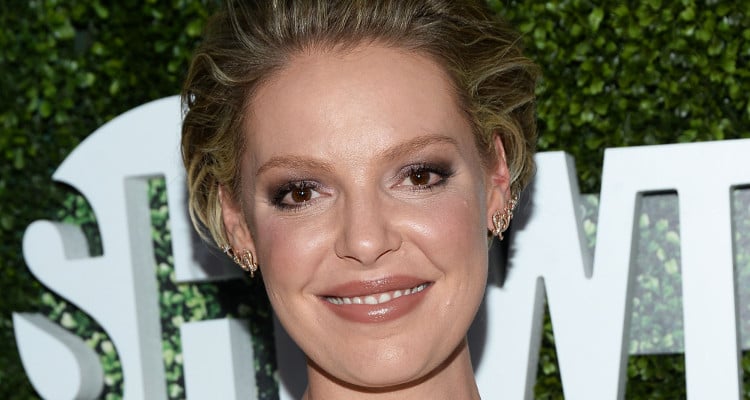 Where are Katherine Heigl’s new movies for 2017? Die-hard fans of the 38-year-old actress have been wondering when they will see The Ugly Truth star on the big screen again. We’re happy to reveal that Katherine Heigl’s upcoming film, Unforgettable will be out this week!

Katherine Heigl recently gave birth to her third child, Joshua Bishop Kelley Jr. on December 20, 2016 with husband/singer, Josh Kelley. The actress almost disappeared while pregnant, but is back on the big screen with two new movies in 2017. We have the details right here.

Katherine Heigl is stepping away from her usual rom-com roles, and is starring as the villain in Unforgettable. The thriller also stars Rosario Dawson, Isabella Rice, Cheryl Ladd, and Geoff Stults and was written by Christina Hodson and David Leslie Johnson. Unforgettable is the directorial debut of Denise Di Novi.

Unforgettable will be released on April 21, 2017 and the stars are out to promote the movie. The plot follows the life Tessa Connover (Katherine Heigl), whose ex-husband David Connover (Geoff Stults) remarries a woman named Julia Banks (Rosario Dawson).

The problem is, Tessa is still not over her divorce when David drops the bomb that he is engaged to Julia. Having had a troubled past, Julia is trying her best to settle into her new life. Tessa works to turn Julia’s world upside down by any means necessary. Check out the thrilling trailer!

The Nut Job 2: Nutty by Nature

Katherine Heigl will lend her voice to The Nut Job 2: Nutty by Nature, an upcoming 3D animated comedy produced by Bob Barlen and directed by Cal Brunker. This sequel to 2014’s The Nut Job, Nutty by Nature promises to be just as good as the original and a fun watch for the whole family!

A lot of other big names will be heard in the movie, including Jackie Chan, Jeff Dunham, Will Arnett, Gabriel Iglesias, and Maya Rudolph. The Nut Job 2: Nutty by Nature will hit the theaters on August 18, 2017.

The light-heart comedy is about a squirrel named Surly (Will Arnett) and his friends, who unite against the Oakton’s City Mayor (Bobby Moynihan) from destroying their home at Liberty Park in favor of building an amusement park.