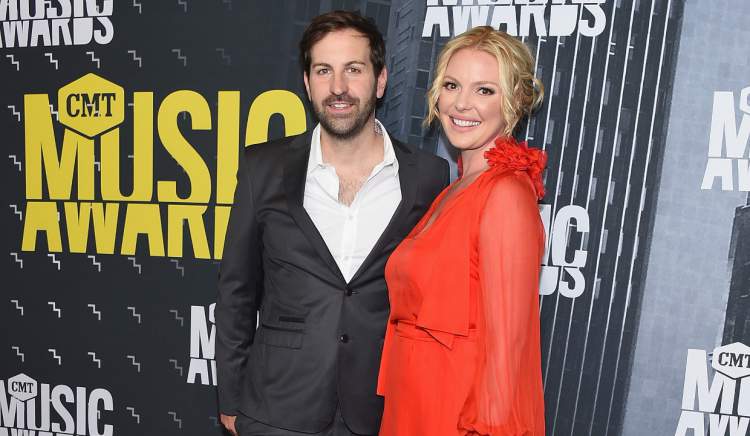 Katherine Heigl and her husband, Josh Kelley, welcomed a son named Joshua Bishop Kelley Jr. on December 20, 2016. Recently, the 27 Dresses star posted photos of her 14-month weight loss journey on Instagram and boy is it impressive! She looks better than ever and it has fans wondering, who’s the adoring man by her side? If you want to know more about Katherine Heigl’s husband, then take a look at our Josh Kelley wiki!

Despite the fact that some stars make us believe otherwise, it’s not easy to lose post-pregnancy weight. Recently, many actresses are coming forward with their stories of how they lost weight after months of working out and rigorous training.

A lot is known about Heigl’s professional life, but how much do we know about her husband? Keep reading for everything you need to know about Katherine Heigl’s husband, Josh Kelley.

At a very young age, he was inclined towards music, something the entire Kelley family seems to have a passion for. So, to pursue his interest, he started playing the guitar the age of 11. His younger brother, Charles Kelley actually sings with the Grammy-winning band, Lady Antebellum.

As a teenager, he and Charles started the band, Inside Blue. At the age of 14, Inside Blue released an EP with five songs. It was through that record that they met James Brown. In 2001, Kelley then released his first solo album, Changing Faces.

As for his education, Kelley went to the University of Mississippi on a golf scholarship. He graduated with a degree in art.

Kelley is a singer-songwriter and actor whose net worth is estimated at $5.0 million.

In 2002, he signed a contract with Hollywood Records. The next year, while collaborating with his producer John Alagia, he released For the Ride Home, which spawned the hit, “Amazing.”

To record his second album, Almost Honest, Kelley moved to Georgia from Los Angeles. The album was released on August 23, 2005 and “Only You” became a major hit.

When his contract with Hollywood Records ended, Kelley’s third album Just Say the Word was released under his label, Threshold, in 2006.

To avoid confusion with a record label of the same name, Kelley decided to rename his label, DNK Records. His next album, Special Company was released in 2008.

Later that year, he released another album (To Remember) through an exclusive deal with Target. Throughout his musical career, Kelley has gone on tour with several artists like Third Eye Blind, Counting Crows, Rod Stewart, Ryan Cabrera, and Toby Lightman.

In 2011, he went on the “Revolution” tour with Miranda Lambert. Later that year, he was on the “Own the Night” tour with Lady Antebellum. In 2016, he went on “The Driver” tour with Charles Kelley.

Kelley and Heigl met in 2005 when she was in his music video for “Only You.” After dating for a year, the couple got engaged in June 2006.

In fact, he is so in love with Heigl that he wrote the song, “Hey Katie” for her! In an interview, Heigl said, “There is really nothing more romantic than that. It was one of the most thrilling and romantic things that I’ve ever experienced, and it makes me really like him bad.”

The two adopted a South Korean baby girl in 2009, and named her Nancy Leigh, but they lovingly call her Naleigh. Heigl, who was very excited about the adoption process, revealed that Naliegh’s birthday is a day before hers, which the actress took as a sign to go ahead with the adoption.

Then, on December 20, 2016, the couple welcomed their son, Joshua Bishop Kelley Jr. Talking about expecting for the first time, Heigl explained, “We were considering adoption again, fostering, or pregnancy if possible. Seeing as I have never been pregnant and as my OB/GYN reminded me last year, I’m of advanced maternal age, I wasn’t sure pregnancy was even in the cards for us. Turns out it was very much in the cards.”