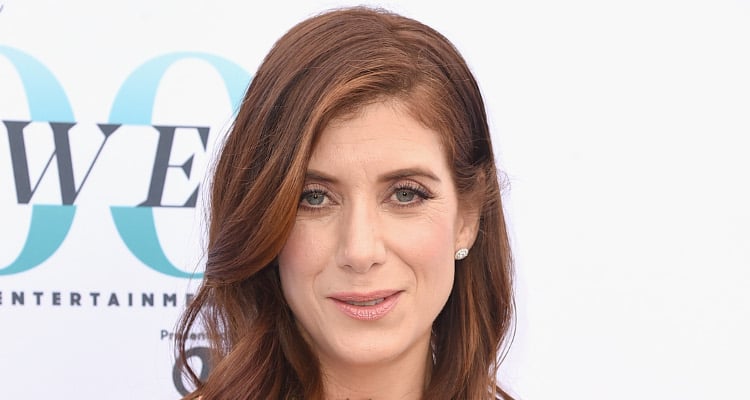 Kate Walsh is not a new face to the big screen. She is known for her roles in TV shows like Grey’s Anatomy and Private Practice. Kate is now on the extremely popular new Netflix show, 13 Reasons Why. She plays the role of Hannah Baker’s mother, Olivia Baker. Take a look at our Kate Walsh wiki to learn more about the beautiful actress.

Baseball season is back and I'm available to get the ball pretty close to the plate.

Kathleen Erin Walsh was born on October 13, 1967, which makes her age 49. She was born in San Jose, California, and grew up in Tucson, Arizona. Kate graduated from the University of Arizona, where she took part in regional theater. Her parents are Angela and Joseph Walsh. Kate is of Irish and Italian descent. She has four older siblings; two brothers and two sisters.

I had a chat wth @coveteur & Rosie & Amico LOVE the whitney. Link in my bio!

Kate’s first publicized relationship was with 20th Century Fox executive, Alex Young. They were spotted having lunch together in 2006, but only went public with their relationship when they attended a Barack Obama fundraiser in Los Angeles. The event was co-hosted by Alex. The couple walked down the aisle on September 1, 2007 at the Ojai Presbyterian Church. Barely a year later, Alex filed for divorce on December, 2008 stating irreconcilable differences. Their divorce was finalized on February 5, 2010.

Before getting into acting, Kate worked as a model in Japan in the ‘80s, where she also taught English. Later on, she moved to Chicago and performed in a number of plays. There, she started working with the Piven Theatre Workshop and Shakespeare Repertory in Chicago. Kate was also a part of the comedy troupe, Burn Manhattan, in New York. She slowly started making appearances on TV shows like Homicide: Life on the Street and Law & Order. From there, she became known for her role as Dr. Addison Montgomery on the ABC dramas, Grey’s Anatomy and Private Practice.

Also Read: Devin Druid Wiki: 5 Facts to Know about Tyler from “13 Reasons Why”

Kate Walsh on 13 Reasons Why

Had a blast discussing @13reasonswhy and If I Forget on @goodmorningamerica this morning!

Kate Walsh plays Hannah Baker’s mother, Olivia Baker on 13 Reasons Why. Her character is that of a grieving mother who is trying to understand why her daughter killed herself. When Kate was asked why she wanted to play the role of Olivia Baker, she said, “Two things always help in making my decision on whether I take the part. One is story and the other is character, and sometimes one eclipses the other. Sometimes I’m like, ‘oh this is a great piece, even if the role is smaller’ and if the people involved are so incredible. So, it was a little bit of that when it came to this project, also this script was a page turner, it was so well written and compelling. So I got on the phone with Tom [McCarthy] and Brian [Yorkey] and talked about what they wanted to do because I didn’t how much of it would be sort of an insulated piece about the high school experience and how much of it would include my character. And they also wanted to talk about how important it was to involve the adult world and her parents, and how that experience could be part of the story.”