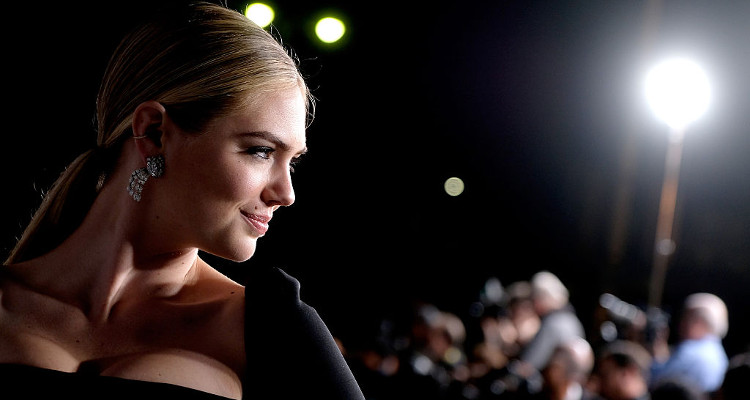 Have you checked out Kate Upton’s Instagram lately? The leggy beauty is back on the cover of the Sports Illustrated Swimsuit Issue 2017! This will be her third appearance in the coveted magazine after her 2011 debut.

If you’re wondering what Kate Upton is up to nowadays, look no further because we have all the latest updates on the SI swimsuit model. The blonde bombshell recently announced on Jimmy Kimmel Live! that she will be gracing the cover of the magazine for the third time. The 24-year-old model joined the ranks of legendary supermodels Heidi Klum, Tyra Banks, and Elle Macpherson, after she was named a member of the SI swimsuit legends class—a prestigious title held by only 22 models to date. The blue-eyed beauty made her SI debut in 2011, and was christened Rookie of the Year, going on to land the cover back-to-back in 2012 and 2013. Check out Kate Upton’s hot, topless pics from her Sports Illustrated photoshoot below!

The incomparable beauty has amassed millions of social media followers for her perfect hourglass figure and flawless good looks. Not afraid to bare it all for the camera, Kate Upton’s nude pics are a big hit with her fans and have landed her numerous magazine covers. Most models would kill to appear on the 2017 SI Swimsuit Issue cover, which was shot by none other than Yu Tsai on the exotic island of Fiji. In a surprising turn of events, the magazine shot not one, but three covers for Kate Upton this year!

Kate Upton’s Instagram is always being updated with the model sharing snippets from her glamorous life. She posted a video of the SI cover photo shoot, where she is seen frolicking on the beach with the magazine crew. Sports Illustrated is renowned for its bold and unique photo spreads. It recently made headlines after 63-year-old Christie Brinkley graced the SI cover with her daughters, looking like a million bucks!