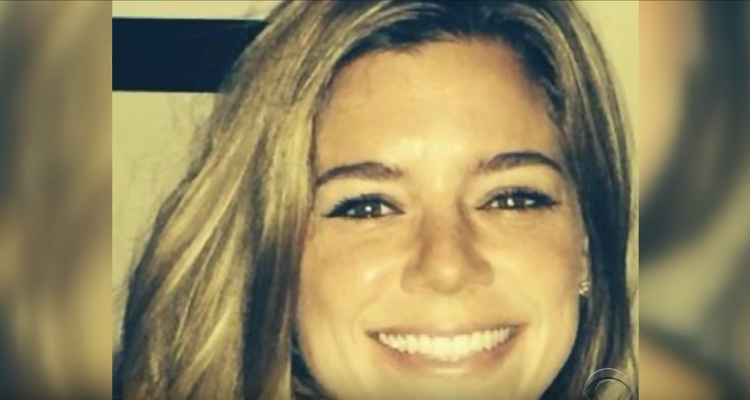 On Thursday, the jury in the Kate Steinle trial reached a decision after six days of deliberations. The verdict: Not guilty. The killer, Jose Ines Garcia Zarate, was pronounced not guilty of murder and manslaughter and was only convicted of a lesser offense. This shocking Kate Steinle verdict once again puts the spotlight on the horrific killing of the young woman walking along Pier 14 in San Francisco, on a summer evening in 2015.

The killing of Kate Steinle in San Francisco’s Embarcadero sent shock waves across the U.S., and those who were following the case know the political ramifications the killing carried. Kate Steinle’s killer was an undocumented immigrant who had five previous deportations to Mexico. The killing caused a political storm, with then-presidential candidate Donald Trump taking it up in his campaign. The storm is likely to gather pace now that the killer was acquitted by a jury yesterday.

What happened that fateful evening in San Francisco? Was the killer really acquitted of murder? We’ve got all the details here in Kate Steinle’s wiki.

Who was Kate Steinle?

Steinle was a 32-year-old woman from San Francisco, California. She worked at Medtronic in San Francisco and lived near Pier 14.

Steinle was from Pleasanton, California and had a degree in communications from California Polytechnic State University, San Luis Obispo.

After her death, stories about Steinle’s life poured in from friends and family.

Family and friends told the media that Steinle loved to travel and had visited the Middle East, Europe, China, and Africa,

Steinle’s best friend, Nicole Ludwig, spoke about Steinle’s love for learning about new cultures, saying, “It wasn’t sightseeing that excited her. She loved to go meet the people, know the cultures, engross herself in the lives of people. Kate was an amazing soul. Everyone who met Kate knew she was very special.”

According to Steinle’s brother, she also loved to help people and once even gave her new jacket to a homeless man on the street!

Steinle was also part of a charity that worked with physically-challenged athletes, and the president of the charity paid tribute to Steinle.

“What always impressed me about Katie was how genuinely she engaged herself with challenged athletes, how genuinely interested she was in their life, their tragedy, and guided them on how best to deal with that,” he said.

How Did Kate Steinle Die?

Steinle was killed when a bullet ripped through her lower back as she was walking with her father on Pier 14, on the evening of July 1, 2015. Paramedics arrived and took her to San Francisco General Hospital, but she passed away two hours later.

The gun was fired by Jose Ines Garcia Zarate, who acknowledged he had shot Steinle but claimed that the shooting was an accident. According to reports, he claimed he had found the gun wrapped in a cloth on the pier, and as he unwrapped the package, the gun accidentally went off.

According to investigators, the gun was stolen from the car of a U.S. ranger a few days before the incident.

After the shooting, video surveillance caught Garcia Zarate running away and throwing the gun in the water. He was later caught by the authorities and charged after the gun residue was found on his hands.

Garcia Zarate is a convicted felon who has been deported to Mexico multiples times and arrested after illegally re-entering the country. Instead of being handed over to immigration authorities, Garcia Zarate was released in April 2015, less than three months before Steinle’s killing. This alone started to fan some serious heat on the issue.

Kate Steinle’s death gave rise to the strong debate on illegal immigration, which was one of Trump’s major campaign promises during his journey to the White House.

What Happened at the Murder Trial?

More than two years after Kate Steinle’s death, the murder trial began in October 2017. After testimonies from police authorities, investigators, eyewitnesses, and Steinle’s family members, the jury reached a ‘not guilty’ verdict on Thursday. He was only convicted of being a felon who possessed a gun.

The acquittal of Garcia Zarate for murder and manslaughter charges has not been received well across the country. Prosecutors are unhappy with the verdict, and so is Steinle’s family who were saddened and shocked at the outcome.

Steinle’s father, Jim Steinle said, “”There’s no other way you can coin it. Justice was rendered, but it was not served.”

Attorney General Jeff Sessions, a strong advocate against illegal immigration, said in a statement, “San Francisco’s decision to protect criminal aliens led to the preventable and heartbreaking death of Kate Steinle. The Department of Justice will continue to ensure that all jurisdictions place the safety and security of their communities above the convenience of criminal aliens.”

“I urge the leaders of the nation’s communities to reflect on the outcome of this case and consider carefully the harm they are doing to their citizens by refusing to cooperate with federal law enforcement officers,” he added.

Trump is Outraged at the Verdict

According to the BBC, the U.S. President himself has condemned the acquittal, taking to Twitter to express his dismay over the decision. He called the verdict “disgraceful” posting a Tweet adding, “No wonder the people of our country are so angry with illegal immigration.”

A disgraceful verdict in the Kate Steinle case! No wonder the people of our Country are so angry with Illegal Immigration.

And he didn’t stop there. Referring back to his plans to build a wall to keep immigrants out, the President then added, “His exoneration is a complete travesty of justice. BUILD THE WALL!” in the form of another Tweet.

It might be one of the few Twitter reactions from Trump that some people aren’t completely disagreeing with!