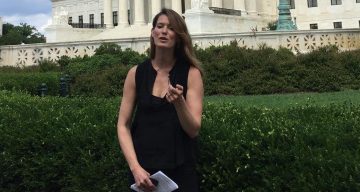 Chris Hayes is the prominent political commentator on MSNBC who hosts All In with Chris Hayes. While he was recently in hot water for calling climate change a “ratings killer,” he’s popular for his expert opinion panel on his show. And sometimes, the panel will include legal analyst Kate Shaw, Chris Hayes’ wife.

While Chris Hayes achieved primetime fame as the leading news anchor on MSNBC, his wife, Kate Shaw, is a sought-after contributor on opinion panels for broadcast. Shaw is no journalist, but she appears as a legal analyst on ABC News. Her analysis on the Supreme Court rulings has made her an eminent personality in broadcast news.

Our Kate Shaw wiki sheds light on this scholar’s sound body of work.

Kate A. Shaw hails from Chicago and now resides in New York, where Chris Hayes’ work is based. Shaw has had a connection to the journalistic field long before Hayes, thanks to her father, Andy Shaw.

Andy Shaw is a celebrated reporter who worked primarily with the Chicago Sun-Times. He has almost four decades of experience in reporting local and national news.

He later served as the CEO and president of the Better Government Association (BGA), an almost century-old watchdog organization. Shaw announced in January 2018 that he was retiring from the BGA. 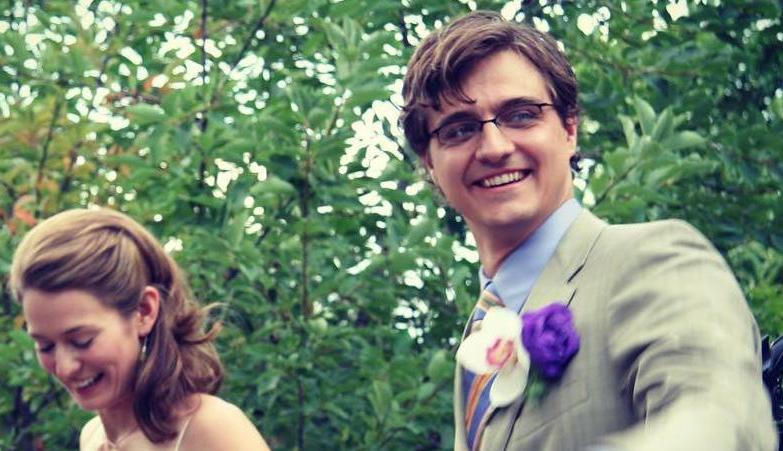 Hayes married Kate Shaw in July 2007. Long before they married, Hayes may have ruined his image in front of his future father-in-law when they both attended the 2000 Republican National Convention. That night, Hayes was carrying $30.00 worth of weed in an eyeglass case to the event.

When security found it at the checkpoint, Hayes confessed he was carrying weed for Shaw.

Hayes recalled, “And he was like, ‘Why would you bring weed to the convention.’” Fortunately for him, the police determined he wasn’t trouble and let him go.

Andy Shaw has nothing but praise for his daughter’s husband and said, “He used to be Andy Shaw’s son-in-law.

Now I’m Chris Hayes’s father-in-law. He’s a great ‘kid’ broadcaster but more importantly, a great partner for my daughter and a wonderful father to an adorable granddaughter.”

Shaw has even appeared on the panels of All In with Chris Hayes. 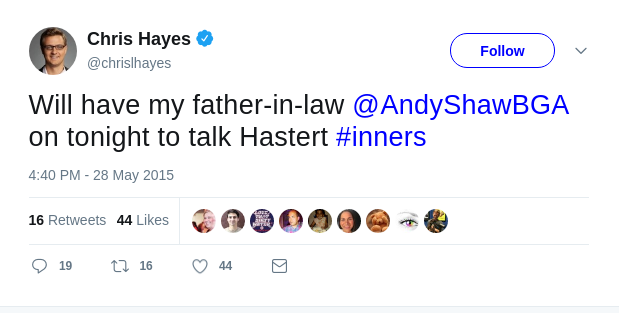 She Has Three Children

Chris Hayes and Kate Shaw met years ago when they both attended Brown University. He confessed she is the first and only person he had a relationship with in his lifetime.

They have been together for two decades during which they married and became parents to three children. 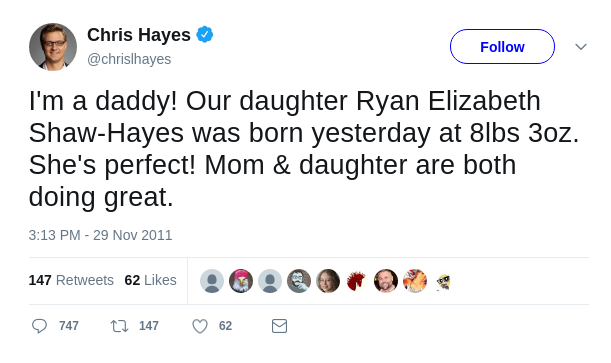 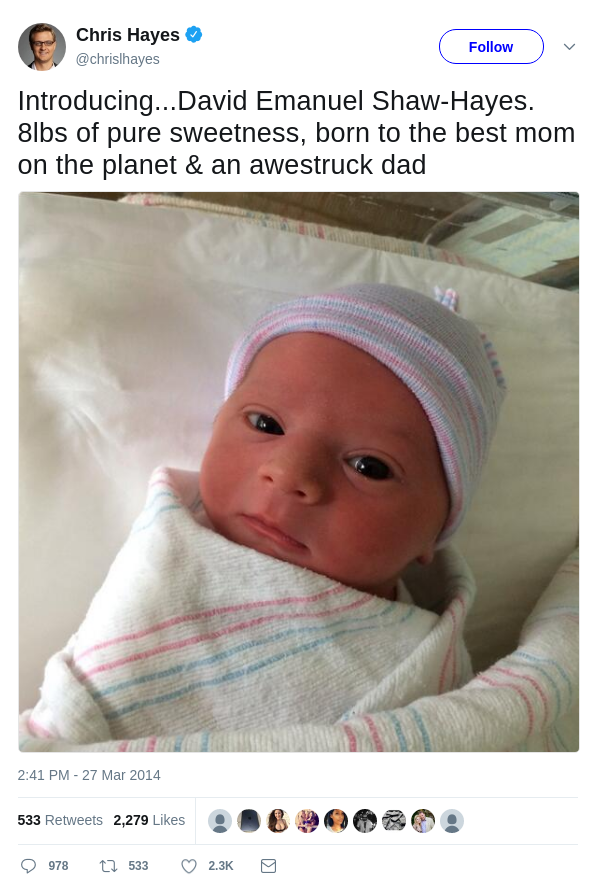 In January 2018, they welcomed their third child, Anya Shaw-Hayes. 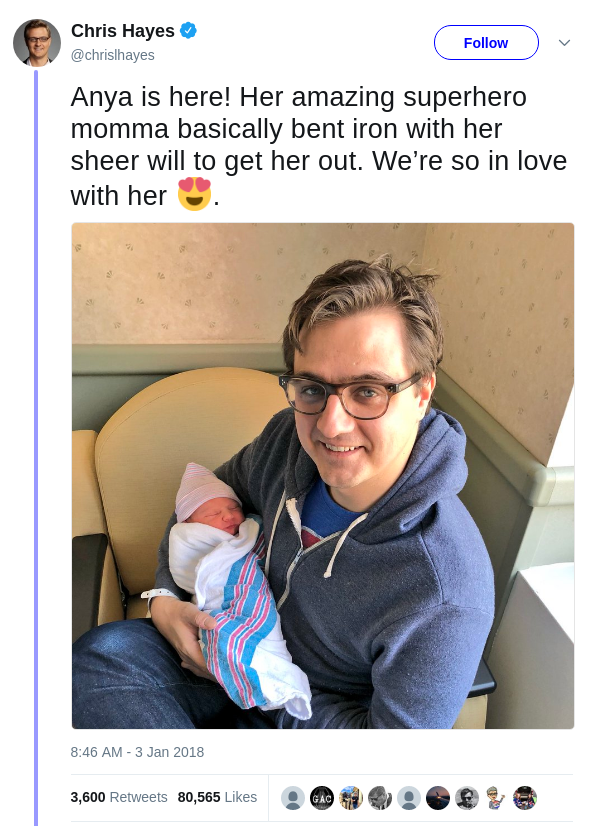 Little Ryan Shaw-Hayes showed that she’s her daddy’s daughter when she took over Chris Hayes’ spot in 2014. The little tot cut to a break cleanly without a teleprompter. MSNBC’s future lineup looks good already.

Hayes credits his wife for not coping with the stress of his job and said, “I often think about the stress of the job and that the crazy psychological effects of being on television would easily drive a person insane, or make them into a monster, in the absence of having an amazing relationship. I’m lucky.”

Over the years, Shaw has gained immense experience in the legal circuit, first as a law clerk for Judge Richard Posner in Chicago. She was also a law clerk in the U.S. Supreme Court for Justice John Paul Stevens from 2007 to 2008.

Law clerks do the first review of cert petitions for the Justices. So, her job built her know-how of Supreme Court functioning.

Justice Stevens is also an alumnus of Northwestern, and Shaw speaks highly of him. Interestingly, she won the John Paul Stevens Award at Northwestern, along with the Order of Coif.

The highest point of her career was when Shaw was appointed as an associate legal counsel in the White House for the Obama administration.

In 2011, Shaw followed Hayes to New York when his previous show, Up with Chris Hayes, was produced. She left the White House and was initially a visiting professor at Cardozo.

Hayes is mighty proud of his wife’s work, He said that she’s the most accomplished person in the household.

She Is a Legal Analyst on ABC News

As a law student, she was editor-in-chief of the Northwestern University Law Review. Over the years, Shaw has published academic papers for the Columbia Law Review, the Cornell Law Review, and The Georgetown Law Journal.

In 2015, ABC News tapped the former Obama counsel as a legal analyst focusing on the Supreme Court. Her insight is invaluable given that not many understand how the SCOTUS works.

Chris Hayes is also not one to forgo his wife’s immense knowledge. Both discussed the future under Trump’s presidency at a Cardozo event.

In May, Kate Shaw explained the legal scenario under Donald Trump on Chris Hayes’ podcast, Why Is This Happening? with Chris Hayes.

Also Read: Everything You Need to Know about Jon Hein’s Wife Debra Ganz