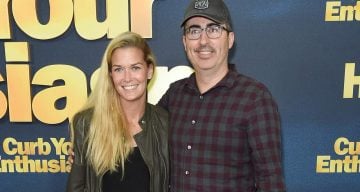 John Oliver has become a household name because of the way he makes people laugh. However, John Oliver’s wife, Kate Norley, has quite an impressive background herself, which her husband is extremely proud of. If you are wondering who the host of Last Week Tonight with John Oliver is married to, then keep reading for details from Kate Norley’s wiki!

Who Is Kate Norley?

Kate Norley was born in Arlington, Virginia, to a very wealthy family. Her parents are Pam Mannion and Walt Norley, who design golf courses. When Norley was four years old, her parents separated, but both of them co-parented.

Norley’s mother got married to Dennis Mannion, a senior vice president of business ventures for the Baltimore Ravens of the NFL.

According to Norley, her mother is “kind and compassionate” and has invested her time in volunteering. It is because of her mother that Norley also started to serve others.

While riding her bicycle at the age of 16, Norley was hit by a reckless driver. The accident left her with a head trauma so severe that she had to relearn how to write and read.

After completing her studies at the boarding school, Norley enlisted herself in the military. Initially, Kate Norley’s family was not keen on her joining the army, but they never tried to talk her out of it.

Norley decided to join the army after the 9/11 attacks and was initially part of the 1st Cavalry Division of Fort Hood, Texas. She served as a combat medic in Fallujah and a mental health specialist in Ramadi, as well as offered counsel to returned soldiers.

Although there was plenty of danger in Iraq, Norley stayed back and fulfilled her duties. While there, Norley met eight Iraqi women who asked her one important question, “What is it like to be free?”

After she returned from her service, Norley did have a lot of horrible stories, but she also had several good memories. Additionally, she appeared on Fox News to campaign for an increase in funding for American troops.

After serving in the army, Norley began serving as a veterans’ rights advocate for Vets for Freedom. The organization was started in 2006 by the country’s Afghan and Iraq war veterans.

Oliver and Norley met at the 2008 Republican National Convention in St. Paul, Minnesota. He was working on a piece for The Daily Show, and Norley was a part of the Vets for Freedom campaign.

Norley and the other veterans were successful in hiding Oliver and the other correspondents from security. Oliver had limitations because of his immigration status.

After the event was over, Norley and Oliver sent each other emails, and it was a perfect start to their love story. They started off as friends and gradually ended up becoming lovers.

In 2010, Norley and Oliver got engaged in St. Thomas after dating for two years. The sweet couple eventually decided to get married in October 2011.

Norley and Oliver welcomed their baby boy Hudson Oliver in 2015.

John Oliver is very lucky to be married to a woman with such a powerful background. Norley wants to start a non-profit organization for women, as she strongly believes in empowering women.

Kate Norley is selfless, and her service to her country is strong evidence of that.