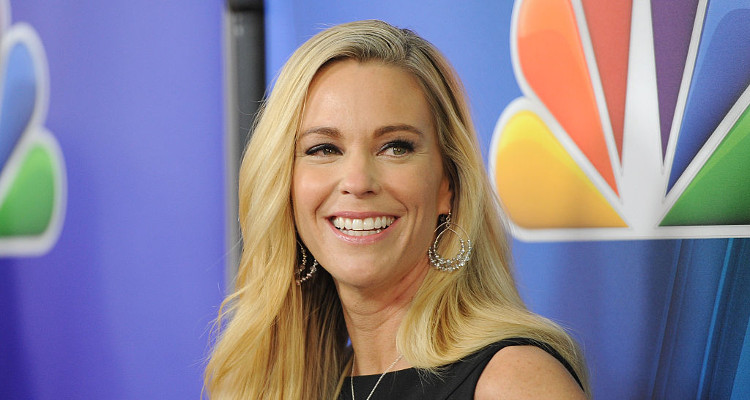 Even as her ex-husband, Jon Gosselin, is accusing her of being a negligent mother, Kate Gosselin is busy taking care of her brood of eight children. There are rumors that she is involved with her family’s bodyguard, Steve Neild. Though ex-hubby Jon believes it, the news is not yet confirmed. Meanwhile, life goes on for the Gosselin family.

Kate Gosselin from Kate Plus 8 is busy being a caring mother to her eight kids including 13-year-old Collin who has special needs. It was an emotionally tough decision for Gosselin to send Collin to a school that takes care of children with special needs. That’s the reason why he was missing from the party that she recently organized to celebrate the 13th birthday of her five remaining sextuplets. Watching Gosselin handle so many responsibilities including raising her eight children, people wonder if she has any time and energy left to have a personal life. Some may wonder who Kate Gosselin is dating now. We will tell you all we know about Kate Gosselin’s boyfriend right here.

Who Is Kate Gosselin’s Boyfriend?

According to reports, Kate Gosselin is in a relationship with her married bodyguard, Steve Neild! At least that’s what Gosselin’s ex-husband has claimed. Jon is currently in a custody battle with his ex-wife which is getting more bitter and uglier by the day. He claims that Kate had an affair with Neild and this is one of the main reasons he wanted a divorce from her. Jon is intent on calling several witnesses to the court to bolster his chances for gaining the custody of his children. Jon wants Neild to testify under oath because he believes that the bodyguard knows a lot about the family’s personal matters as he has been working for them for years. Sources say that Neild “knows everything that goes on behind closed doors in the house” and this may prove detrimental to Jon Gosselin.

No! According to latest reports, Gosselin has not remarried and is the single mother of her eight kids. Is Kate Gosselin in a relationship? The rumors about Gosselin’s relationship with her family’s bodyguard cannot be confirmed just yet. Gosselin has not yet given a statement about her personal life. However, her husband thinks she is dating and is pursuing the matter in court where he has filed a case seeking joint physical and legal custody of his eight children. Jon alleged that Kate was physically abusive to their son Collin.

Steve Neild is not the first man in Gosselin’s life apart from Jon. She was in a relationship with millionaire businessman Jeff Prescott for about nine months before he left her. While people and the media have speculated on the reasons behind their breakup, Prescott himself set the record straight recently by speaking to Radar Online, saying that he had no desire to be a reality TV personality. He said that plans for a TLC spin-off were enough for him to walk away from Gosselin, “I just wasn’t ready for this sort of attention. It would have been a ratings bonanza, but I wasn’t up for the chaos and pressure that would ensue.” Interestingly, Gosselin has repeatedly denied being in a relationship with Prescott ever. Gosselin tweeted, “There was no breakup recently/at all. Gotta b in a relationship in order 2 ‘break up!’ [sic]”

Busy As A Bee

While all this drama is going on, Kate Gosselin is working hard to provide the best care for her children. She is sad that Collin could not be part there for the sextuplets’ party, but she is sure that he is receiving better care where he is than he would at home. Gosselin sometimes gets stressed out with all the work she has to do as a single parent, but at the end of the day, she is proud that she is doing a good job. Being an attentive mother is the best job in the world!