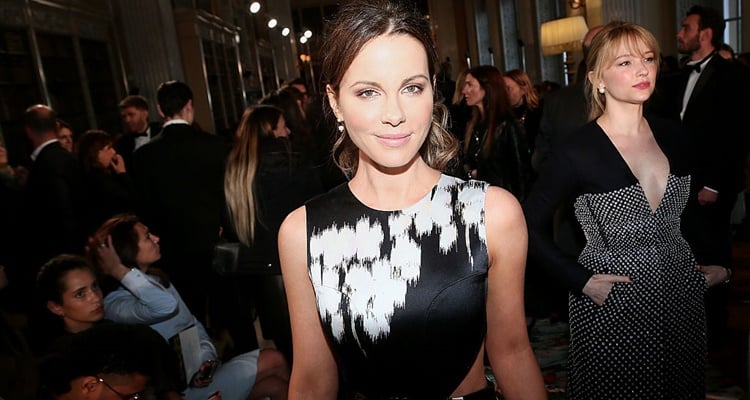 Kate Beckinsale’s husband, Len Wiseman, has filed for divorce from the actress. Here are some facts about Kate Beckinsale that you need to know.

Director and producer, Len Wiseman, has filed for divorce from Kate Beckinsale after 12 years of marriage. The English actress’ marriage has reportedly been on the rocks for the past year before Wiseman filed for divorce this month citing irreconcilable differences. The Underworld star is now in the limelight for her divorce, rather than the upcoming Underworld: Blood Wars. Here’s Kate Beckinsale’s wiki, including details on her movies, daughter, husband, and net worth.

Beckinsale’s net worth is a whopping $16.0 million.

She amassed most of her fortune from movies, including the Underworld series. The stunning English beauty also models for various brands like Gap, Diet Coke, and Lux Shampoo —just to name a few. Her yearly income from endorsements alone amount to over $400,000.

The 43-year-old has some expensive cars and shared a luxurious 3000 sq. ft. manor in LA with Len Wiseman. It’s not known what will happen to the house and other assets after the divorce. However, documents filed by Len Wiseman state that neither Beckinsale nor Wiseman are looking for spousal support.

2) She Comes from a Family of Actors

Beckinsale’s parents are Richard Beckinsale and Judy Loe. Richard Beckinsale is most famous for his work in the BBC sitcom, Porridge. Judy Loe has had limited success in English sitcoms and dramas. She reportedly had a cameo appearance in Underworld: Awakening (2012).  She has an older half-sister, Samantha Beckinsale, from her father’s first marriage.

Richard Beckinsale died when Beckinsale was only five years old. When she was nine, her widowed mother moved in with director Roy Battersby, where she was raised alongside his five children. She was close to her stepfather, who was part of a Trotskyist group. Beckinsale once revealed in an interview that their phones were tapped following Battersby’s blacklisting by the BBC.

3) She Was a Student at Oxford

Beckinsale went to Godolphin and Latymer School in West London where she was involved in a youth theater group, and won the WH Smith Young Writers Award twice for her fiction and poetry. She struggled from nervous breakdowns, and anorexia throughout her teenage years.

She was accepted to the prestigious Oxford University where she studied French and Russian literature. While there, she joined the Oxford University Dramatic Society and worked with Tom Hooper, who went on to become a celebrated film director. She spent a year in Paris as part of her Modern Languages course, but she always had a passion for acting, so decided to quit university to pursue it.

After some minor television roles, she made her debut in the Shakespearan movie adaption Much Ado About Nothing (1993). She came to recognition for her role in Pearl Harbor (2001) and Serendipity (2001). But what really cemented Beckinsale’s status as a star were the movies in the Underworld frandchise.

Beckinsale and Wiseman didn’t have children, but Beckinsale has a 17-year-old daughter from her marriage to fellow actor Michael Sheen. Beckinsale and Sheen met when they were both cast in a play called The Seagull. They were married for eight years and their daughter, Lily Mo Sheen, was born in 1999. Their relationship ended in 2003 after the filming of Underworld.

#FBF subconsciously having IDENTICAL body language . @lily_beckinsale however wisely avoiding the rookie mistake of wearing a couple of car seat covers and a dog

Beckinsale had convinced Underworld director, Len Wiseman, to cast Sheen in the movie. Soon after, Beckinsale and Wiseman had become closer, and she and Sheen called it quits. Wiseman’s then wife claimed that Beckinsale was having an affair with her husband, while she and Wiseman were married. The two denied the infidelity claims.

Kate has supported the British Heart Foundation since she was a child. It stems from the untimely death of her father, who was 31 when he died from a sudden heart attack. She also supports other organizations like the Epidermolysis Bullosa Medical Research Foundation, MediCinema, Habitat For Humanity, and the Entertainment Industry Foundation.