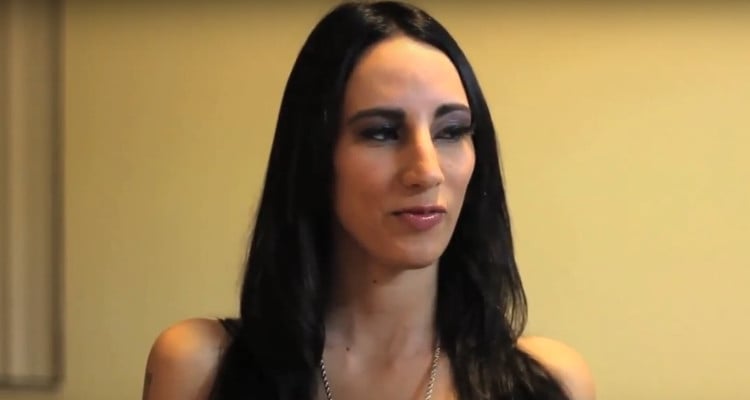 Kat Stacks was selling her body to survive at the time she should have been going to high school and gave birth to her pimp’s child. She was almost deported back to her native country, Venezuela. Then, an online petition gave her the opportunity to stay in America, and her life changed for the better. Today, she lives with her son and is trying to lead a better life.

Who is Kat Stacks? Kat Stacks is the assumed name of Andrea Herrera, who came to the United States from Venezuela when she was eight years old. Like so many immigrants, Stacks ended up overstaying when her temporary visa expired and became an undocumented immigrant.

She should have ideally had the chance to study and graduate from school. Instead, the horrifying reality was that Stacks was sexually abused as a child, and was forced to live the life of a prostitute at 14 years old. Here are some details from Kat Stacks’ wiki.

Born on November 2, 1989, in Venezuela, Kat Stacks’ age is 26. After being forced into a life of prostitution at the age of 14, she spent the next few years of her life turning tricks and even gave birth to her pimp’s child.

At the age of 20, Stacks started hanging out with rappers. According to sources, she had sex with them and became a groupie.

Then, thanks to the power of YouTube and WorldStarHipHop.com, she became known to millions of people on the Internet as the annoying, irritating, crap-talking rap groupie who revealed the dirty sex secrets of rappers. She’s even been beaten up on several occasions for her trash-talking.

In 2010, Stacks was arrested on an immigration charge. Her promoter said, “How was I supposed to know that she was flying dirty? That just goes to show you karma is a b***h.”

The immigration judge saw no benefit of America keeping Stacks in the country and decided to deport her. He said, “The Court finds that the respondent’s behavior as an online persona is a significant negative equity.” The judge also mentioned the futility of keeping a foul-mouthed wannabe who once bragged about having sex with Lil Wayne for $1,200.

As Stacks was waiting to be deported to Caracas, a group of DREAM activists created an online petition. It focused on her tough and troubled life as a victim of sex trafficking and showed the tough life of immigrants.

The petition was successful, and Stacks was legally allowed to stay in the United States with her son. She then worked with professionals to help her get over her past through counseling. She even authored a book called Becoming Kat Stacks and has more than 410,000 Twitter followers.

Stacks said, “I realized I didn’t have to be the person I was forced to be. I could just be myself. And just act the way I want to instead of letting others make me do what I didn’t want to do.”

Time to Have Fun

Those of you who want to see Kat Stacks’ hot pics should head over to her Instagram account. Kat Stacks’ Instagram account is full of pics of her having fun with her friends while wearing sexy costumes and bikinis. There are also plenty of pictures of her music idols like Nicki Minaj, cash, as well as food that looks good enough to eat.

Some pics show Stacks letting down her hair and having a wild time at parties. It appears that she is finally having some fun after leading a miserable life of exploitation and violence. And, in such a case, happiness has never been better deserved!