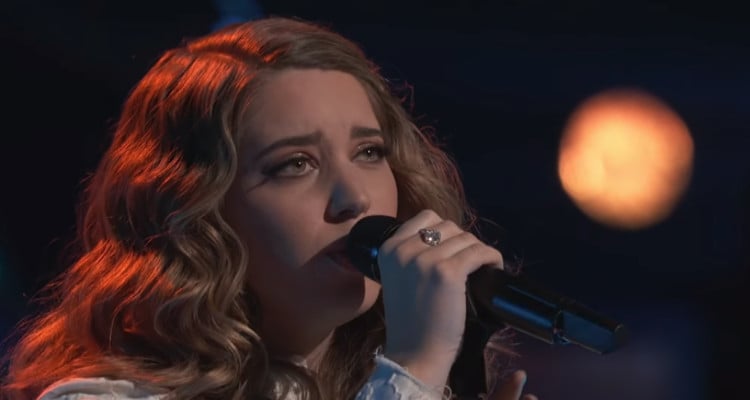 Singing sensation Karli Webster is back to what she does the best—crooning. While Webster has to battle the playoffs with the other contestants, she also has to compete with ex-team member Whitney Fenimore, now a stolen contestant with Adam Levine. Watch out for the battles of the voices. Read more about her in Karli Webster’s wiki right here.

When Karli Webster held the mic and began singing, the crowd erupted into a wild applause. Even Miley Cyrus stood up and swayed while the contestant crooned, “You’re So Vain.”

Karli Webster from The Voice had managed to send the crowd into a tizzy, extracting applause from all quarters. Her voice was clear and had a sonorous melody to it.

While Karli Webster received applause from both Miley Cyrus and Adam Levine, she eventually chose to be a part of Team Miley on NBC’s The Voice.

AHHHHH!!!! I am so so so thrilled to join the ALREADY MIND-BLOWING #teammiley SO READY to make HERstory!!! LETS DO THIS! @mileycyrus @nbcthevoice #teamkarli #nbcthevoice #nbc #thevoice #GIRLPOWER

Webster is a 20-year-old student majoring in music and hails from Santa Clarita, California. When children her age chose to play with dolls, three-year-old Webster chose to take piano lessons. She has won eight state-level competitions since then.

Karli Webster’s music has a strong ‘70s influence, as that’s what she was raised listening to. She was named after Carly Simon and her blind audition song choice, “You’re So Vain,” said it all.

The whole experience was surreal for Webster. She couldn’t believe that she would be working with Cyrus, her Hannah Montana idol from her teen years.

Karli Webster’s Instagram page is truly a reflection of her life. Filled with Karli Webster pics, each post can be understood to be a slice of her life. And, with more than 900 posts and close to 6,900 followers, Webster sure knows her game and is becoming even more popular with the masses.

In a very recent post, she mentions that she has a boyfriend, too. Better luck next time to all those who had dreams otherwise!

Still getting around to thanking everyone, but WOW. You guys are all so dang sweet. Today was absolute magic all thanks to my INCREDIBLE family and boyfriend. All of your kind words have made my 21st birthday that much more special. From the bottom of my heart, THANK YOU. My cup is overflowing❤️

Out of all the participants, only four of them received a Coach Comeback to advance to the playoffs. Karli Webster is one of them, along with Lucas Holliday, Natalie Stovall, and Whitney Fenimore from Adam Levine’s team.

Fenimore was an earlier contestant on Team Miley, along with Karli Webster. However, she was stolen during the Battle Rounds. She is now back into music after recuperating for six months, with Whitney Fenimore’s family’s love and support.