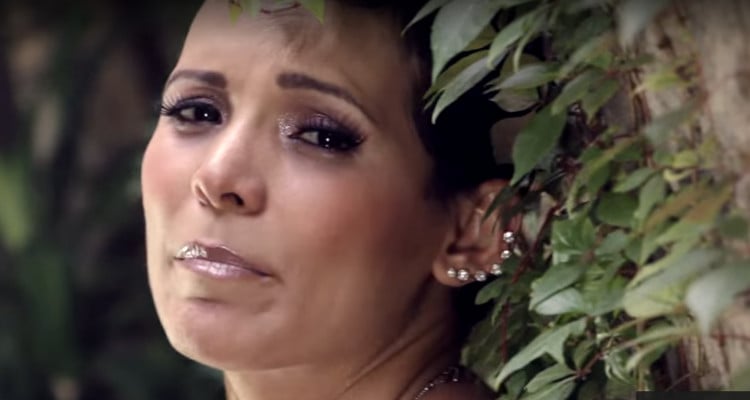 Karla Luna lost her battle to cancer, and sadly passed away at the young age of 38. However, Luna certainly accomplished a lot in her life. She was an actress who was loved by her fans, friends, and co-workers. Her death has left everyone, especially her four children, in sadness.

Karla Luna fought a brave battle against cancer. The Latina actress died at the young age of 38 while battling cancer for the third time. Luna lived with her trademark gusto and recently celebrated her birthday. Her death has saddened her family, friends, colleagues, and fans who adored the actress. She passed away on Thursday, September 28, 2017, according to the Mexican television network, Multimedios. Fernando Lozano, her close friend, confirmed the sad news on Twitter saying, “With great sadness, I share that my dear Karla Luna is resting…” Karla Luna’s cause of death was cancer. Here are a few details from Karla Luna’s wiki.

Luna rose to fame by acting in the popular comedy show Las Lavanderas, which aired on TeleHit. However, it was latter plagued by controversy when it came out that her co-host, Karla Panini, was allegedly having a torrid affair with Luna’s husband. The comedy duo broke up, and plenty of hot and angry words were exchanged between them. Luna was married to Americo Garza, with whom she had four children, but their marriage ended in 2015 after the details of his affair were exposed. Despite this betrayal, Luna believed in the strength and need of good friendships. She was recently visited at the hospital by her friend Consuelo Duval, and posted a photo looking elated. It was captioned, “I can’t, my face says it all. Thank you, Consuelo Duval, for illuminating my day with magic. You don’t say FRIEND just because and I am fortunate of having you, my friend.”

In 2012, Luna was diagnosed with cervical cancer after giving birth to her youngest child. Two years later, the cancer returned, and she received her last chemotherapy treatment in 2015. By 2016, the cancer had returned, and affected the left side of her neck.

She played La Morena on La Lavanderas and she was also a singer. Some of Luna’s popular songs include “La Enfiestada” and “La Muchachona,” which are loved by fans. Unfortunately, just three days after her 38th birthday, Karla Luna passed away. She spoke on TV and implored authorities not to separate her children after she died.

Luna will be laid to rest in Monterrey, Mexico, as per her wishes. Her friends and colleagues have expressed their grief over losing a gifted artist and great person. Rest in peace, Karla Luna. You will always be missed.