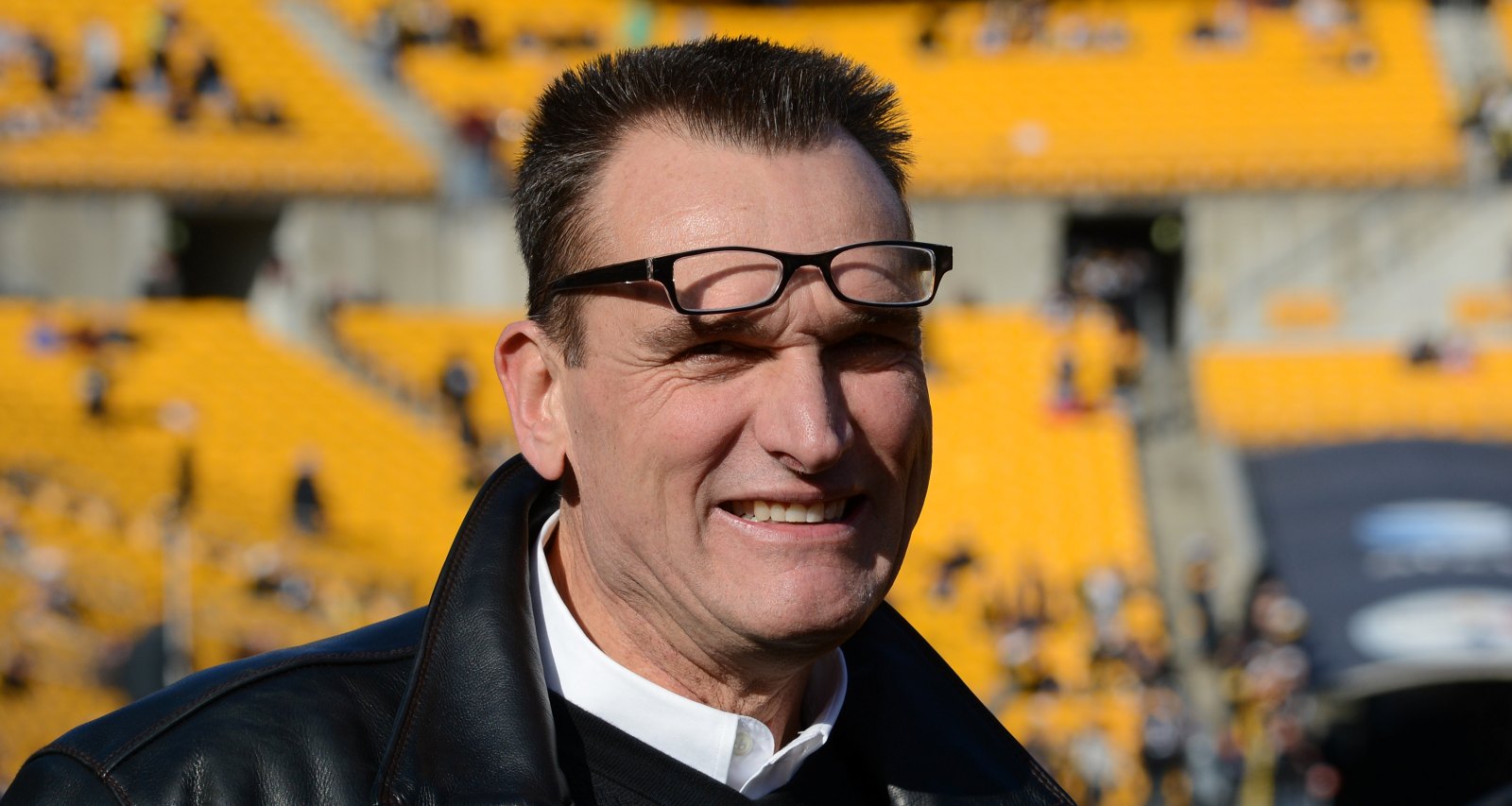 Tunch Ilkin, at Heinz Field on December 23, 2012 in Pittsburgh, Pennsylvania. The Bengals defeated the Steelers 13-10. (Photo by George Gojkovich/Getty Images)

NFL pro-turned-broadcaster Tunch Ilkin announced his retirement from broadcasting to focus on his ongoing battle with ALS. The Pittsburgh Steelers legend not only has the love and well wishes of his fans, but also the support and encouragement of his family. After losing his first wife to cancer, Ilkin married Karen Rafferty. She has been with him through his diagnosis and treatment, but otherwise stays out of her husband’s spotlight. The attention is now on their family, and more people want to know who Tunch Ilkin’s wife is. We reveal more on her career and their relationship in Karen Ilkin’s wiki.

Born Karen Kimbro on November 2, 1965, she hails from Ohio. Her father, Brice Kimbro, is deceased and her mother remarried to a David Stewart.

Karen hails from Smithfield. She graduated from Buckeye North High School in Brilliant.

Most of her career has been based with Chevrolet. Before going to college, she was a sales account manager for a Residence Inn by Marriott for two years. From 1992 to 1998, while balancing her studies, she was a district manager for Pontiac.

After completing her MBA, she lived in Detroit, Michigan and was a brand director and later a regional marketing manager for Cadillac, Hummer & Saab. Her work at Cadillac also took her to China for a year. She later managed advertising and marketing for General Motors de Mexico from 2011 to 2012.

Karen was actively racing Corvettes, Camaros, and Pontiac Firebirds since 1987. She has four U.S. National titles in SCCA Solo II competition and nine trophy positions to her name.

She left the auto industry in 2013, as Chevrolet’s global advertising officer. She was lauded among the women with significant contributions to the male-dominated auto industry. Karen Rafferty was also featured in The Network Journal.

Karen Ilkin made the switch to the real estate business in 2015. She is a licensed real estate agent with the Realty ONE Group in Pittsburgh.

Karen Ilkin was previously married to an auto-racer, Kent Rafferty. After they divorced, Rafferty passed away in 2009. They had no children.

She later married former NFL pro Tunch Ilkin on March 17, 2013. Tunch is father to three children, Tanner, Natalie, and Clay, with his late wife, Sharon Ilkin (nee Senefeld), who passed away of cancer in 2012.